Subterfuge was my favorite game of 2015, but I never want to play it again

I examine the impenetrable barrier I feel when trying to start a new game of Subterfuge, a barrier that exists despite how much I otherwise love the game.
Andreas Papathanasis
Blogger
March 24, 2016

(This post was originally published on my personal blog) 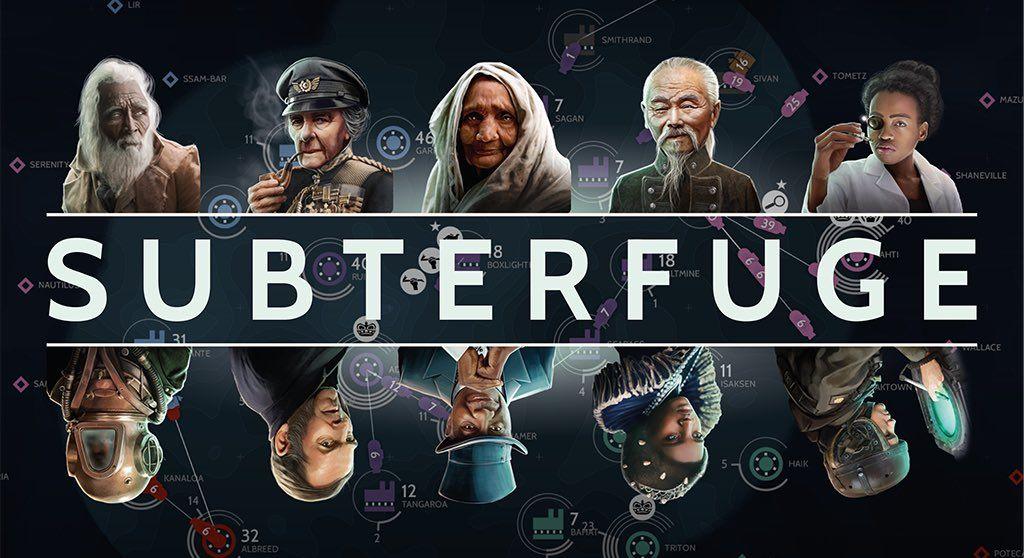 On paper, Subterfuge is the perfect game for me. It’s an excellently balanced strategy game with rules that are simple to understand but hard to master and offer a lot of depth. It’s a mobile game that greatly fits my free time patterns, which its developers understand first hand. In an era where the term “social game” can still be grossly misused, it’s an experience that relies a lot on human player interactions and offers amazing primary emotions of success, despair, betrayal, guilt, hope, revenge, overall accomplishment, in almost every single match. Polygon has called it “the most cunning game on iOS”, and the only change I’d make is to add “by far”. Its potential has influenced me deeply, both as a player and as a developer. If you haven’t played it, you should stop reading this and go download it (it’s free).

Despite all that, the game has failed to keep me playing for more than a few weeks, and I don’t see myself starting a new game ever again. I can say this now with certainty, after a few months of gradual disengagement that consisted of me starting up the game less and less often, and just staring at the Open Games screen, too afraid to click Join. On this post I want to examine potential reasons for this contradiction, and maybe uncover guidelines for what can make a truly social game better stand the test of time for myself (and perhaps other players who may be experiencing something similar).

Where many other 4x strategy games (especially the ones that descended from single player experiences) offer a computer-enforced, trading-like system where two sides banter and exchange fixed goods and treaties, Subterfuge and the social games that inspired it rely on open-ended communication between human players – communication that is usually private to other participants. This diplomacy system, made interesting by specific game rules and the game’s state, results in a need to constantly read the situation and motivations that apply to other human players. It’s a vastly superior system if you care about meaningful social interactions. Understanding and manipulating the web of social relations between all players is very satisfying and offers near infinite replayability. When you add the unpredictability of how a human can react to challenging situations, this system practically ensures no two games will ever be the same. In my last game of Subterfuge, convincing the 3 players ahead of me to fund me until they all realized that was a mistake, resulting in me taking the first place, was one of the most exciting moments I experienced in any game ever.

But the actual interactions with other humans I’ve had in Subterfuge, while interesting over the course of individual games, are a negative for making me want to play the game long term. I’m sure things would have been different if I played the game as a board game, with people I know. But I didn’t: I only played with strangers, and that’s where things began to break down.

My intentional attempts to create long term relationships in Subterfuge have ended in disaster. And that’s even though the game’s community is visibly higher quality than the average online game, especially on mobile. The end goal guarantees there can only be one winner, so most people know any sort of agreement will always be short term. For some reason, I didn’t feel like breaking those agreements early, and took it really personally when other people did so with little apparent reason. On my last match, I was really hitting it off with this random internet person, commenting on other players and even making obscure TV show references. A few hours before the game ended I even commented about how we had unguarded mines close to each other, and that I’d never thought I’d see the day in this game. A little bit later, that person attacked me, not because he had any chances of winning, but because of “due diligence – I need to come as close to winning as I can”.

Clearly, I was playing the game wrong. “It’s called *SUBTERFUGE*, you idiot” was thrown back at me on more than one occasion, while I was trying to understand why people were behaving the way they did.

Yet in most other truly social games I’ve played, even competitive ones, I have gone through at least a couple meaningful interactions with strangers that have made me consider them “friends” in the context of the game. Yes, it’s a different form of friendship, severely limited both in context and means of communication – it only exists within the game, and the interactions are usually limited to text messages. That doesn’t make it less real, only different. I personally value these kinds of interactions with such friends. Over time, they become part of my routine within the game, and a big part of why I keep playing. Subterfuge had none of that. Some other competitive social games even made me find interesting “nemesis” players – not friends, but people that hurt me and I could find again in some form in an attempt to settle the score. Subterfuge has none of that either – just bad memories of interactions, which all seem to come back to haunt me every time I think of starting a new game.
Even with the rigid “only one winner” end rule, the game could still encourage long term bonds with formal facilitation of alliances, i.e. groups of friends playing against other groups. I haven’t found any such facilitation within the game – in fact, the rules mention that no alliance agreements can span more than one game.

Time investment and the lack of safe space

Subterfuge is an intense game. For all the talk of “it can be played a few minutes a day”, I found myself very emotionally invested in the outcome. This resulted in returning to the game tens of times a day and, in some cases, having very frequent discussions with other participants. Because of the power of the specialists, I didn’t feel like settling with a plan in hopes of finding a better plan a few minutes later. This pattern was reinforced by a few really effective moves I wouldn’t have come up with without thinking about them for a long time. In addition, some specialists owned by the enemy create the (perceived or actual) need to be online as often as possible to see what they’re up to. (This is especially true of the Martyr). But over the course of 10 or so days, the amount of time an average game lasts, this constant thinking and socializing becomes a very draining process. While the game is not persistent in an MMO sense, the long duration of each match makes it feel somewhat like a persistent game that is a part of your life. Other persistent games have some concept of safe space and down time - a player can retreat and not play at all for a couple of days, without completely abandoning their goals.  But because of its nature, Subterfuge does not offer such safe space. You are either playing the game or not, and stopping for a day usually means the entire game is lost. This makes selecting the “New game” option after a game especially hard, at least for me. To select it, I must overcome all the negative prior pressure I felt over the course of the previous games. I know if I start, there will be no safe space, no down time. The only safe space I can find is “Not playing Subterfuge right now”.

My takeaway questions for social games with longevity

After my experience with Subterfuge, I will be evaluating any social game design by asking the following questions. I believe answering these questions sufficiently is important for building any social game that is meant to be played for a long time, regardless of how good the core game is.