When I was growing up my parents decided to get into some really super nut-ball occult like religion known as Pentecostalism, or as I like to say, aerobics for Jesus.  The reason I bring this up, is because it meant we weren't allowed to have a TV or anything that was related to technology that might broaden a child's horizons :P Because of this, I was naturally drawn towards all things tech.  See, when you make something inaccessible, everyone wants it.  So I would go over to my friends house, watch TV and mess with Radio Shack electronics kits and stuff like that.

My friend got a Vic 20 computer that hooked to the TV.  I think it had 2K of RAM maybe 4K.  He also had the tape drive with it oooooh!  aaaaaah!  I remember my first programming experience was at the age of 7 or 8.  We stayed up really late and into the next morning copying some program for a text adventure game from a magazine into the vic so it could be saved to the unbelievably slow tape drive.  To make matters worse, we didn't know much about programming, and the programs were not written to be descriptive. They used vars like x, y, j, k.....and so on.  The program in the magazine used a font where the letter "l" and the number "1" looked identical too.  So I don't know how many times we reprogrammed it before it ran, but it was a lot!  Then because it was a text adventure game, we started altering the text.  So when you talked to the wizard he was suppose to say, "Go North" or something....we would change it to "Piss off."  Ah, so much fun.  We didn't realize the game was then unplayable because nobody knew what to do.  It was the thought that counted. :)  It wasn't my first game I developed, but my first experience with programming and modifying another game.  I had no idea I had been programming for so long! Sigh. 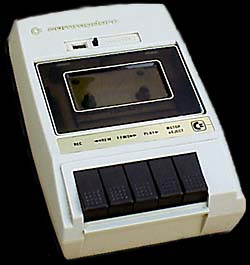