Are virtual teams able to reach the same quality compared to a regular team? In this article I will describe the most remarkable differences.
Koen Deetman
Blogger
July 15, 2013

The world became much smaller with the arrival of the internet. Platforms such as Facebook and Twitter showed us how easy it is to stay connected. Besides shrinking the world on a personal level it also opened opportunities to set-up work relationships overseas without even being there. When selling games it's now possible to sell your game in other countries. Today you are able to create a game in The Netherlands and sell it in China. It gets crazier when thinking about collaborative development when all developers are not in the same room. I would like to call these groups of people 'Virtual Teams'.

The question is now, are these teams able to reach the same quality compared to a regular team? In this article I will describe the most remarkable differences. 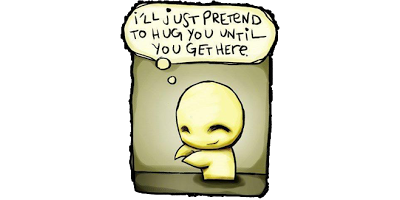 Regular Teams
In regular teams you work together at a location. Below I describe clear benefits about regular teams.

Producer Friendly
For a producer, location based development is a great environment to manage your team. You can interact immediately with eachother and keep them on a short leash. When there is a distance it requires a lot more energy from producers.

Social Plus
Team members can interact with eachother, and get a glimpse at each others work on demand.

Emotional Advantage
When there is a distance, you can't perceive emotional incentives. At location I can hold off a question because someone is in a grumpy mood and ask them later. As a producer it's also easier to motivate people at location.

Easy Explanation
When explaining a team member about a feature and especially 'how' this is implemented, it's easier when they are standing next to you. When working from a distance, it's usually misinterpreted.

Team Spirit
On location a team that works next to eachother creates 'team spirit' much faster than a virtual team. It's easier to be part of something if you can notice the 'whole'
.

Virtual Teams
In virtual teams you work together from a distance. Below I describe clear benefits about virtual teams.

Strange Habits
They can behave and work like they want as long as they finish their tasks. It may lead to better work because they have the possibility to use their personal habits. For example; An artist may create better drawings when they are 'high' on something. At the office floor that is against company law (in most countries against government law), but may inspire him that extra part to make the drawing exceptionally great.

Custom Time Schedule
Virtual team members can plan their tasks within their own time schedule. For example; Some Programmers work best at midnight, work hours that are not within ordinary office standards.

International Opportunities
Virtual teams can consist people from different countries. This is possible because they do not have to be on location. This can improve international contacts and possibilties.

Cheap Traveling
Your team does not have to travel to your location, and therefore does not cost you any travel expenses.

So what does it mean?

It's clear to me that teams on location are focused on the people. Virtual teams have more focus on the product. Either way you can achieve a great product. Maybe people feel a bit disconnected when they are working from a distance, but can reach great individual potential. People part of a regular team have a better feeling being part of something larger. They are able to motivate each other with their own work, because it's on demand.

If I have to answer the question what kind of producer I am, I would say I am a producer that will go for the team. I think great potential is achieved when your team is motivated. When I am on location working with teams I think motivating and running your team is done best because of the emotional connection we as humans emit. I try to achieve the same effect when running a virtual team. I think it's possible to achieve the same feeling of teamspirit but still needs more research.

But Hey? Running a team from a distance does not mean you can never see each other! I highly recommend to schedule meetings or at least try to take time getting to know your team members!