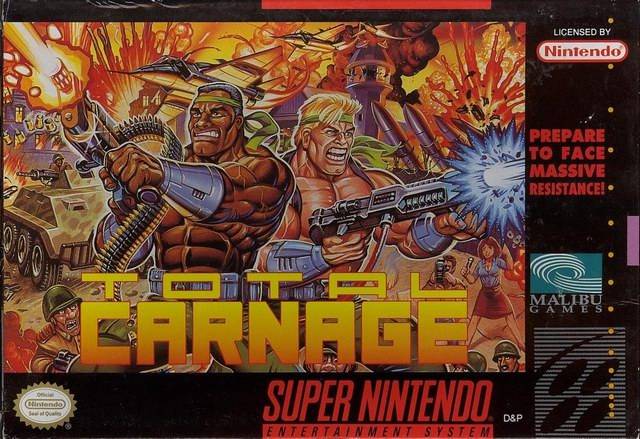 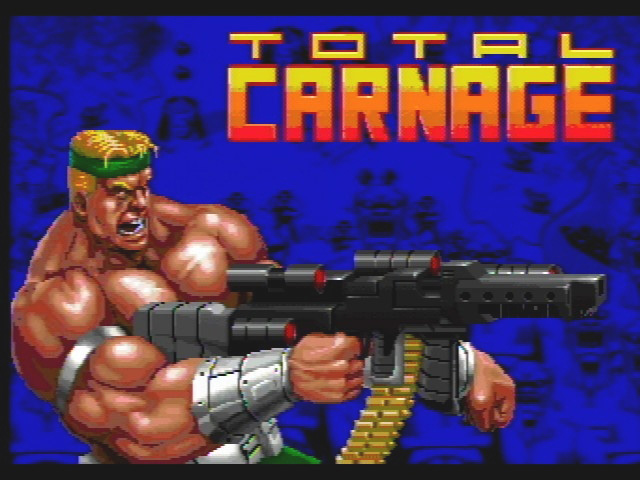 Let's face it: Smash TV was just a huge game. It was very simplistic, but it had a lot going for it; nonstop violent action, great graphics, plenty of character. Rather than spew out "more of the same," the team decided to build off the original and spit it into a different vector. Mix it up a bit with some Gauntlet (gameplay-wise) and throw a dash of Ikari Warriors in, and you've got Total Carnage. 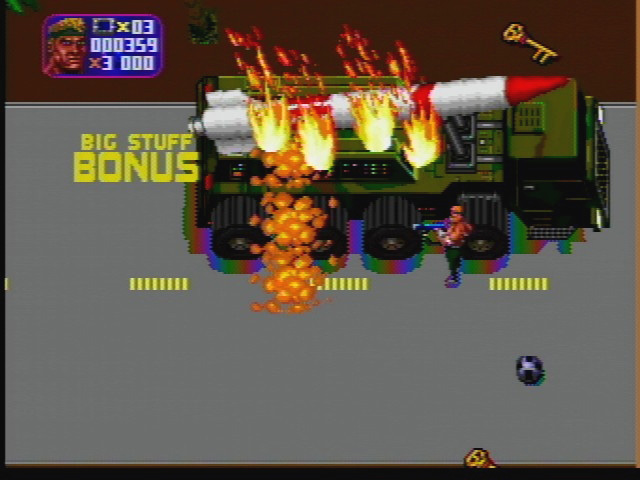 Therefore, in some senses TC delivered what it promised; more skull-splitting action in their own particular vein, dressed up with that glorious late-80s "action beefcake hero machismo" shtick. The game played well in the spirit of the medium, throwing an army of imaginatively designed freaks and mutants at you (even if the bulk of them were foot soldiers) and the power-ups, as always, were quite accommodating.

So what went wrong with Total? It seemed like it should have all the ingredients to be another smash hit, like it's predecessor (and then some). Dual-stick shooters were a rarity (who else made them?) so it should have been a slam-dunk. The fact is, though the game was a blast to play through, it did seem a little dated (flat) compared to what else was available at the time. The gameplay, the themes.. even the much older Smash TV seemed more novel and enthralling. Total Carnage felt like a remix of a familiar concept, without much gusto behind it.

Still, Total Carnage was a fun game with merit. Perhaps a couple of years too late, it still was good for some mindless wanton destruction with some nice visuals and decent yuks (and the 2-player destruction was always a bonus!). If you want to experience the better game, stick with the old standby however!