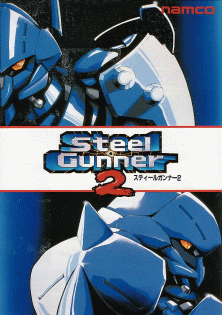 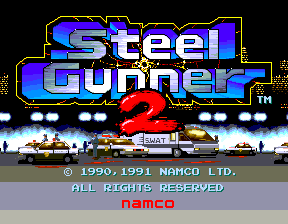 The mid to late 1980s were a relatively quiet time for the once-explosive shooting genre - for one reason or another they never became hugely popular (likely due to large expensive cabinets, persnickety hardware, and relatively one-dimensional gameplay that felt very "hands-off" in a lot of ways). Therefore, when a decent-budget shooter did appear on the scene, it was all the rage. Witness the enormous success of a groundbreaking game such as Taito's Operation Wolf, and follow-ups like Revolution X and Terminator 2 by Midway. 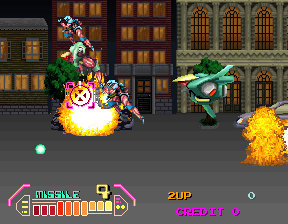 Thus, when the original Steel Gunner blasted onto the arcade scene, it did receive a welcome reception between it's trendy sci-fi theme and "destroy any and everything" attitude which was rather downplayed in other games of the sort. 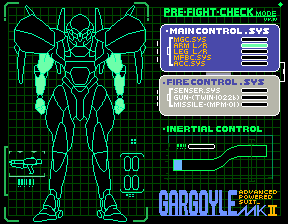 I had never noticed the first one, but when SG2 showed up at the local arcade, "hmm another gun game, guess I will give it a shot.." I was floored! Fast action, explosive weaponry, tons of color, this was the new standard by which I would measure this type of game. It was a 2P as well (a necessity at that point) and absolutely a blast to play with a friend. The gameplay was speedy and relentless, unlike the slow-plodding gameplay of conventional shooters SG2 was fast and wild, throwing you at all manner of environments; rushing through buildings, dashing across cities, blasting over the water.. 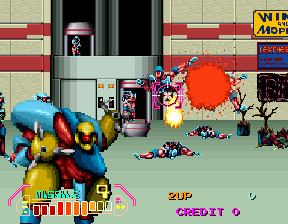 In hindsight I've since crossed paths with the original Steel Gunner and appreciated it as an appetite-whetter for the chaos that would come, and the sequel definitely amped all the elements up a level. This was a wonderful blaster from beginning to end, and marks a time in Namco's history when they started to realize there was room for them to dominate the genre with ease.