Retro Game of the Day! Shadow of the Ninja 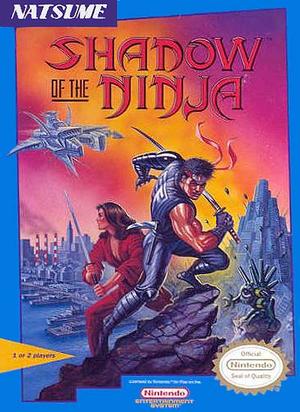 Long ago, in the days before they were one of the reigning champs of the Farm Simulation RPG genre, Natsume were a fairly no-nonsense company when it came to releasing incredible action contests for the 8-bit systems. All of their games were dark, gritty, heavily action-oriented, challenging. Never particularly original, but always with wonderful execution. 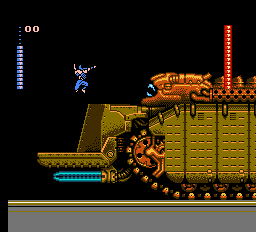 Shadow of the Ninja was an early effort which obviously borrowed from more well-established properties such as Tecmo's Ninja Gaiden. Maybe not with as much credibility or character, Shadow was hardly a bad knock-off with different enough mechanics to hold its own. 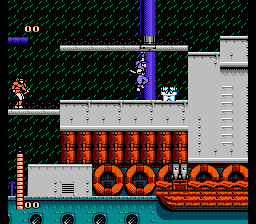 This game pushed things by giving you an aggravating (though not unsurmountable) difficulty weapons, a choice of two characters (one stronger, the other faster), different weapons, the ability to cling to surfaces, and oh yes - 2-Player simultaneous play, which was actually a rare thing in those extremely sprite-display limited days. 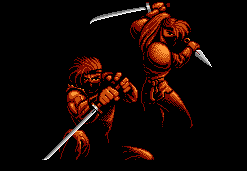 Strangely, Shadow never got a lot of support (it might have showed up too late, the game might have been a bit too drab and gritty for it's own good, or maybe it just hit when a wave fo software was already drowing it out). For me, I always thought the boxart was a little amateurish compared to the contemporaries, and I don't deny that such superficialities can go a long way in affecting the fickle customer. 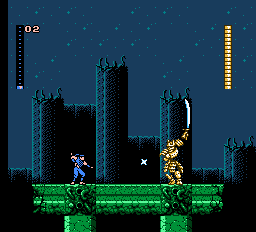 Whatever the case, Shadow of the Ninja is a fine effort from a young dedicated publisher, a classy game which is still fun and challenging today. It looks quite dated when held up against some of the 16-bit offerings also available at the time of its release, but it's a nice solid action-platformer which is worth any retro fan's attention.

Help us vote to get our iPhone game 180 featured for FREE on freeAppCalender.com! (even if you are not an iPhone gamer - please vote now!)