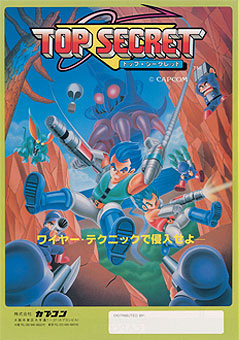 Bionic Commando by Capcom, originally released in the arcade in 1987 by Capcom. 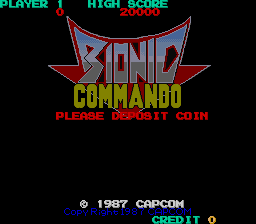 One of the most beloved, timeless NES classics is Bionic Commando, a unique platforming adventure that released during the early phase of the console's heyday. Like many games, BC was adapted in some fashion from an arcade original, but for several reasons the console version was a great departure only loosely based on the source material. 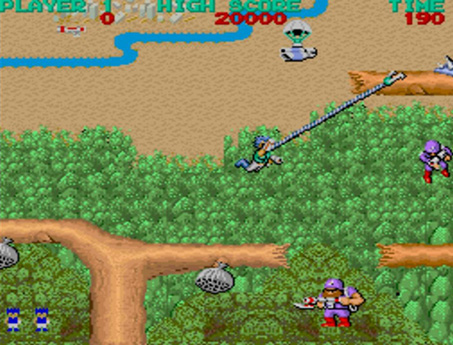 Bionic Commando in its original incarnation, then, was markedly different from the eventual home release. A few plays of the game will quickly reveal what was kept in the port, but mostly it will make a player realize that in this case, the home version was the far superior product. 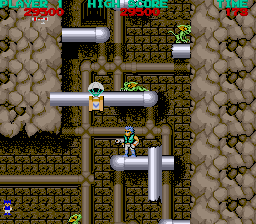 This is not to say that the arcade was not without merit. Playing this back in the day, the arm-swinging mechanic felt extremely novel and gratifying, if a little stiff and clunky. Player control in a game like this is of supreme importance, and for some reason it felt neglected in the game's design. 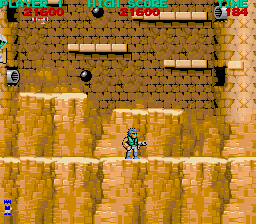 Another big issue is the overall layout of the gameplay. Compared to the more adventuresome presentation in the NES version, this arcade episode is much more condensed, simplified, even bland. The game looked nice (mid-80s Capcom games always had a lot of graphical attention paid to them) and that made it easy to forgive the other shortcomings of the title, but the forgettable "fall and shoot" play was not enough to keep dedicated gamers coming back for "just one more try." 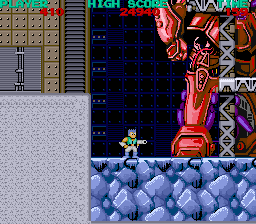 Bionic Commando Arcade is absolutely an interesting specimen, for several reasons. It certainly planted the seed of what would become one of the major players of the whole NES collection; it may not have much more to its legacy than that, but it is still worth picking up and examining.