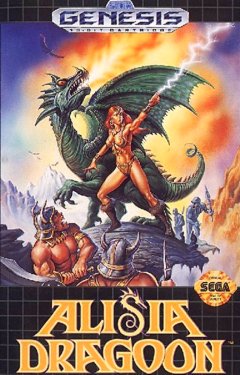 Alisia Dragoon by Game Arts, published for the Sega Genesis in 1992.

In the 90s, when 16-bit gaming was going full-swing, you'd start to see more and more titles released on multiple consoles, more so than ever before. It led to a bit of "generificaiton of style" that hadn't been seen so much before (results on 8-bit console hardware generally seemed drastically different from one another, while 16-bit output was a lot closer). Even so, once in awhile you'd see a few games released which really embraced the "feeling" of the console it released on. Alisia Dragoon was such a game, it felt as if it was designed specifically to run on this hardware and be played be this particular crowd.

Alisia Dragoon was an interesting game, another platformer (at a time when platformers were king!) that had you running and jumping your heroine through enchanted forests and mystic castles, all packed to the brim with creatures bent on your obliteration. Fortunately, you had command of a strong "hunter" lightning weapon, which made it fairly easy to strike back. 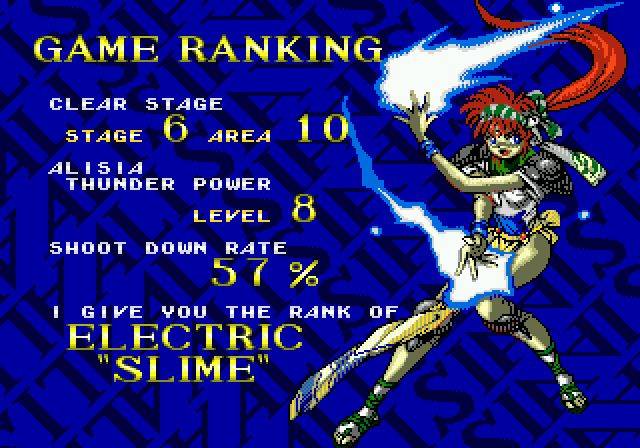 Additionally, you had little "options" or "familiars," whatever you like to call them, small creatures who helped you attack and could be likewise powered-up (but they were also vulnerable, so watch out!)

Alisia was a smart, stylish game packed lovingly with detail and action; it portrayed a barbaric, magical world full of intensity and danger, cultivated with that very specific late '80s Japanese anime flair. Perhaps that's one of the reasons it never caught on, as Alisia was a fun (and very competent) game which never received any acclaim whatsoever, particularly by the publisher. It was one of those titles that showed up with no fanfare, yet somehow was appealing enough to warrant a rental. Looking around the Internet, you'll notice a lot of love and praise for the whole package here, but most gamers will never have heard of it.

I'll chaulk it up to a few reasons, it probably just released too late into the Genesis' lifespan. Gamers were enjoying a strong rollout of SNES titles (with bigger names) in this period, and Alisia was looking, aesthetically, like a title that had been waiting to come over from Japan for a couple of years already. Maybe if they'd brought it over sooner, history would have been kinder to the franchise. As it is, the game is still enjoyable to play, although it does seem to come up short compared to many other more lively action-platformers which have more charisma.