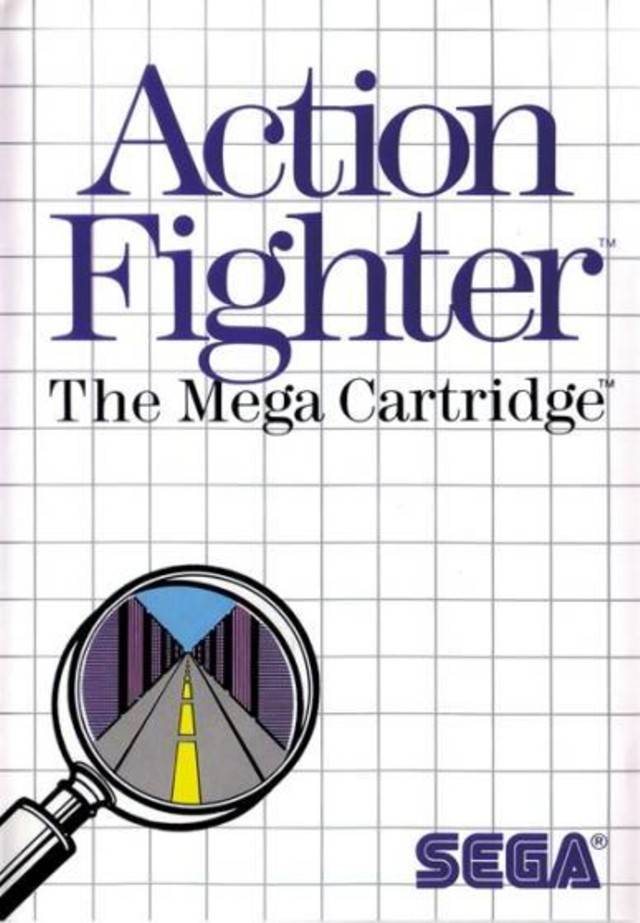 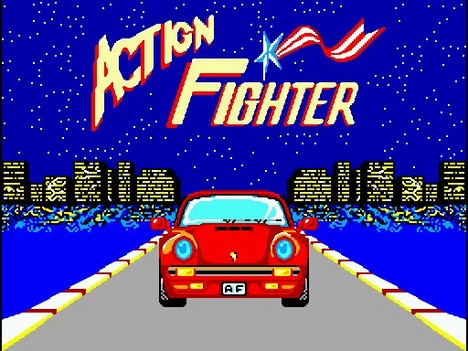 Ah, here we go. Action Fighter - you can't get too much more bland of a name than that I suppose. In spite of it's uninspiring title, AF was an absolute demon of a difficult game, but worse than that, it was strangely addictive and fun even though you would just keep dying. How's that? 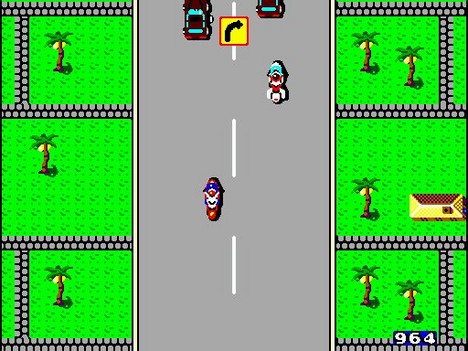 Within moments of booting the cart up, any oldie videogame fan will immediately (rightly) sense that this was Sega's answer to a Spy Hunter-style game. Considering the popularity and longevity of that original title, it does make one scratch their head a bit to wonder why this game wasn't more often copied. 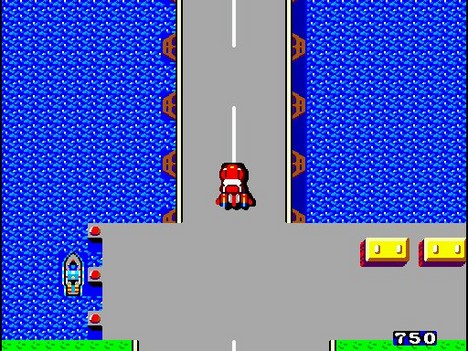 What we have here, then, places you similarly in a Spy Hunter secret agent role, where you cruise down urban and rural backdrops, in a machinegun-armed vehicle tasked with blowing away the bad guys. Where Spy Hunter filled it's world only partially with enemy cars, all the vehicles in this game must be destroyed. Unlike Spy Hunter, you are a motorcyclist this time out - though you can power up your ride, and evolve it a but (a super sports car, and then ultimately a flying sports car!) It sounds a little crazy, but it was well done and quite fun. 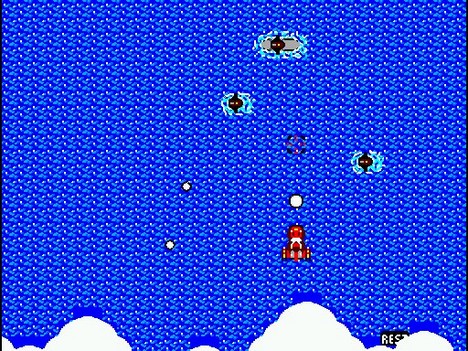 Like many oldschool Sega titles of the day, this wasn't particularly heavy on the audio or video, with garish sounds to match the wild bright colors - but it was cheery, happy, and intense in its way. The game was punishingly difficult, as you were constantly dodging and blasting everything in sight, while trying to pick up powerups and board your weapons van. Overall, the game may not have aged terribly well, but it should be clear that this game has a ton of heart and that it was meant to entertain a lot. I haven't played it in ages, but you can bet I will pick it up once again and torture myself for a few good hours!