Show, Not Tell – How Traditional Storytelling Enhances the Narratives of Video Games

This blog aims to show how traditional storytelling techniques (like novels, books, and short stories) can be used to help plan their video games, but mainly to enhance the video game narratives.
Christopher Alfonso
Blogger
April 06, 2017

Storytelling has been around for a long time. From the days when stories were passed down by word of mouth, to the advent of the printing press, stories have always been told. Whether they are meant to convey lessons and teachings, or are purely for entertainment; no matter what medium we use, stories are an important part of human communication.

For a relatively new form of storytelling, video games has become a new aspect of human communication. Even from the early days of video games, story has been an important part of this visual medium. From the very simple struggle of two white lines battling to get a white dot to the other side in Pong, to the complex moralities and stories of modern-day titles like The Witcher 3, storytelling has the ability to not only enhance a game, but to create reasons for players to care. With developers using all manner of game engines like Epic Games’ Unreal Engine 4 or DICE’s Frostbite Engine, visual fidelity has come a long way since the days of Pong. Storytelling enhances the narratives of video games.

One of storytelling’s key phrases has been “show, not tell”, a line many creative writers and authors have heard over the years. It has become a sort of mantra. According to Hugo and Nebula award-winning Canadian author, Robert J. Sawyer, “‘telling’ is the reliance on simple exposition… ‘Showing,’ on the other hand, is the use of evocative description. Both showing and telling convey the same information…” but it is how we go about conveying that information that matters.

I can still remember my high school Creative Writing teacher practically drilling the phrase into our class, ingraining us with its sentiment. And to this day, “show, not tell” is still a constant saying. It is a phrase I have learnt, studied and have come to understand over the years.

Yet, I still struggle with it every, single time.

And when I say “traditional storytelling”, I mean books, novels, short stories, the more traditional ways of conveying narratives in written (or digital) form. As a writer, you are taught to imagine places, people, and things. Then, you have to find the words to describe that person, place or thing to an audience. Finally, you have to make that same audience care about what you just described. Do not tell your audience about that table. Show it to them. 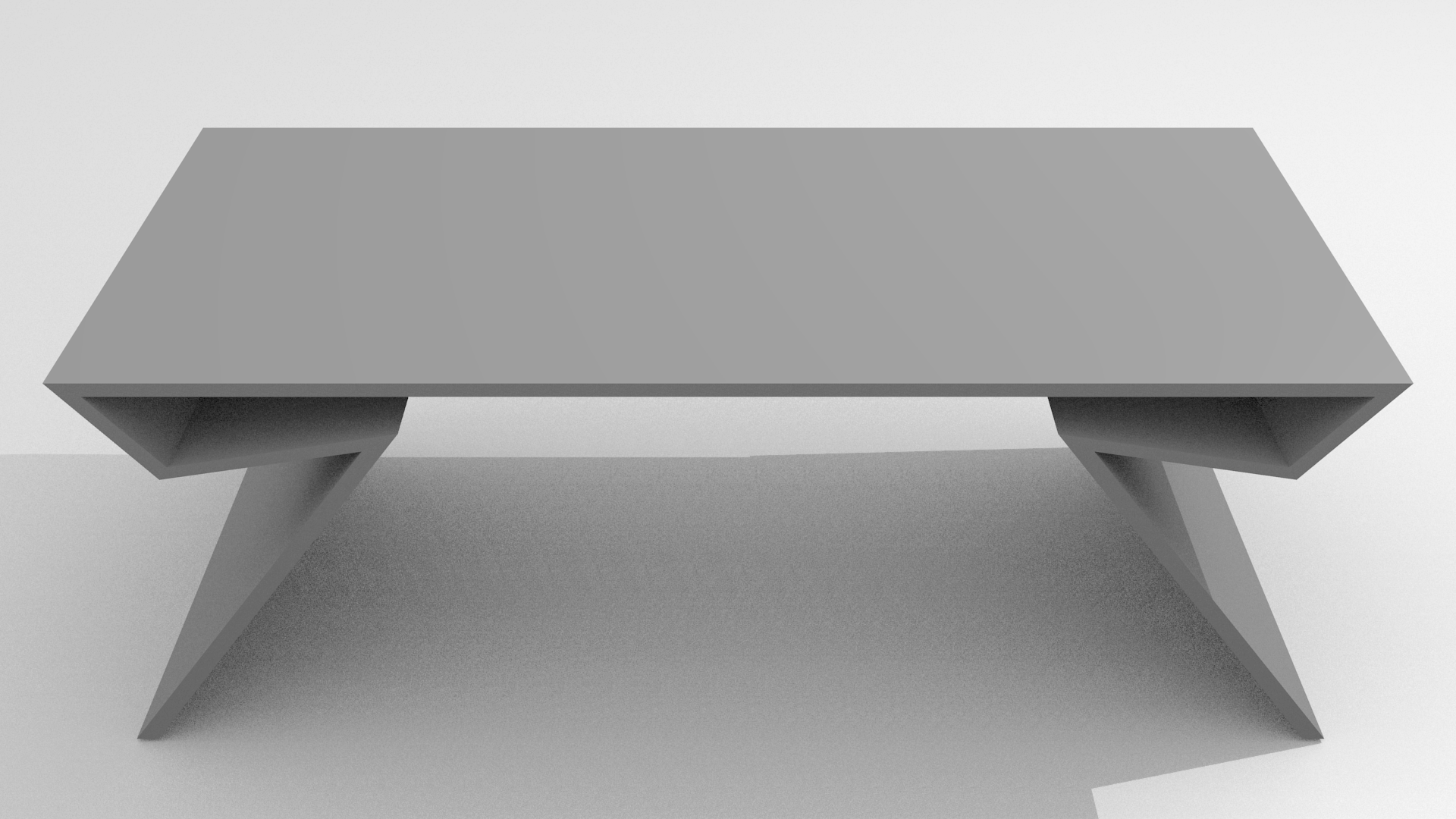 But it is more than just visual [Image source]

It may sound easy, but try describing the table and making people care why, while making sure that it is important to the narrative, on top of not boring your reader in the process.

It is not always straightforward, as it seems.

Before we go on with the importance of storytelling, I wanted to show you how the saying “show, not tell” can still be happily applied to games, despite the aforementioned fact that video games, for the most part, usually have a heavy reliance on a visual component. Whether your character is running through a war-torn city, exploring a long-forgotten tomb, or commanding a vast army against a horde of green-skinned orcs, you get to see those situations on your screen. But what if you are telling a story on top of all those visuals? Would you be as blatant and upfront about what you are trying to convey as your visuals are to the player? Would you not want your narrative to have intrigue, the dialogue to have nuance, or to have the environment tell a story?

Let’s look at an example of a scene from Bioshock Infinite (spoilers ahead). You can watch the short scene here.

The reason I wanted to look through this example is the fact that the scene successfully shows and not tells the player what is going on. This short exchange easily conveys different emotions. From Elizabeth’s distress and resignation of her faith, to your character’s disgust and subsequent determination in his voice. They also used subtle dialog to convey action. The writers could have easily had Elizabeth state that she wanted to be killed by Booker. Instead, they had her give a veiled request, followed by the hand around her throat to emphasize her point (in my opinion the hand part was too on the nose). We could continue to parse this scene even further by examining Elizabeth’s facial expressions and the voice acting of both characters. And it would still reveal that there is always room for “show, not tell” in video games, whether through dialogue, character interactions, facial animations, or even through voice acting, “showing” can be a great way of introducing depth and emotion to your story. So how does this relate to Traditional Storytelling in games?

The Importance of Traditional Storytelling

Storytelling becomes an important part early in the game design process. It can be a very helpful way of “creating” and “visualizing” a game even before significant resources are invested into it. This process could be an essential part of the narrative design process. With teams mapping out how key interactions, scenarios and cutscenes will play out, the narrative of the game can be planned before production starts. Of course, if the game is tens, if not close to a hundred hours’ worth of story content, this process might prove lengthy. However, it is simpler to scrap, or change, a dialogue sequence or scene when it is still in this form rather than trying to revamp an already fully animated scene. It costs less, too.

This form of narrative design, taking into account a more traditional storytelling aspect, can save resources and effort. Will it take more time? Maybe, depending on how detailed and comprehensive you want the narrative design to be, and how long you envision the game’s narrative.

Many games out there have grand narratives and sweeping stories to tell, and Bioware’s titles usually come to mind for me. From Star Wars: Knights of the Old Republic to Mass Effect to Dragon Age: Inquisition, Bioware has become a developer known for its narratives (spoilers ahead).

I can still remember the opening scene for Commander Shepard during the first Mass Effect.

The most memorable aspect of those opening minutes was the “walk”. With a fitting soundtrack going in the background, Commander Shepard starts making his way through the ship, side stepping some crewmembers, while acknowledging others as he makes his way to the front of the ship. The way the scene plays out is truly cinematic. The camera viewpoints used, the animations and actions for Shepard, the soundtrack, all choreographed together to convey specific feelings and emotions. In this scene for Commander Shepard, the developers wanted you to feel a sense of awe, hope, and, with a lack of a better term, ‘cool’ as your character makes their way through the ship. These feelings could have been the fundamental words used for the description of that opening scene. Which would have then informed the subsequent artists, animators, and musicians about what this scene was supposed to convey.

How about the Bioshock Infinite example, what could an early description of that scene look like? It could have been something like this:

This scene takes place in the latter half of the game. Your character, Booker (in this case played by you in first person) is in an elevator with Elizabeth, the young woman who you have been trying to help escape this entire time. She looks clearly distraught as she grabs your hand, holds it close to her face and looks at the camera (your character’s face). As she looks at you, she says, “But promise me – if it comes to it – You will not let him take me back.” While she takes your hand and wraps it around her throat.

At this point your character quickly pulls his hand back and says, “It won’t come to that. Alright?”

With a mixture of relief and anxiety on Elizabeth’s face, she slowly turns away from you before pressing a button on the elevator controls.

This is just one interpretation of how a scene like that could have been written out. It can have more or less detail as desired by the team. This does not just apply to scripted and linear events, like the previously mentioned Mass Effect 1 sequence and the Bioshock Infinite example.

Non-linear stories like the rest of Mass Effect 1, or other titles like Dragon Age: Inquisition, can still use this narrative design process.

Even with multiple dialogue options, the use of this storytelling design process can help teams figure out the story of their games, through all the decision trees. All of this done in writing form.

This type of narrative design can really help because even before a pre-visualization is ever created or before the first animation is rendered, writers, designers and artists decide how these scenes will play out. This is reiterates the fact that storytelling comes in handy. Anyone can create these scenes on paper by describing how it is supposed to play out. All the characters, their emotions, the feelings of the scene, the descriptions of the surrounding, and the interactions between the characters; they can all be described to easily convey the ideas and concepts of what the scene should be. Sound familiar?

The entire sequence I just described is what most novels, books, and stories contain. The visualization of scenes with characters, their motivations, interactions, and scenery, all written down for someone to enjoy. This is why traditional storytelling can play a vital role in narrative design as it helps teams to summarize their ideas and concepts about the game in its early stages.

Using storytelling techniques may not seem like groundbreaking news to many game developers, but it is an important aspect for how video games inevitably tell a better story. From finding its tone to making sure that key story sequences work, using this technique can save effort and resources down the road. Whether the game is heavily scripted and tailored, or a game with multiple storylines, using these narrative techniques can be a great way to enhance a video game’s story.