Is it time to start thinking of Pokemon as a language?

The wildfire success of Pokemon Go may be a good argument for thinking about game systems as a language, not just an architecture for play.
Bryant Francis
Senior Editor
July 18, 2016

Okay, slightly clickbait headline, I admit, but the recent success and my own experiences with Pokemon Go have made me want to revisit what’s driving this game to global success.

In our email roundup a few days ago, the Gamasutra editorial staff discussed our experiences and analysis of Niantic’s AR Pokemon game, but I don’t think we had time to parse out some of the social interactions that occur while playing the game.

As the resident millennial on staff, (sorry Alex), I’m the only person here for whom the original Pokemon games were a foundational piece of media. Their mechanics, central conceit, odd quirks and sometime failures have been around about as long as I’ve been playing video games, and 20 years after their original release, it’s fascinating to be using the same fundamental game verbs and behaviors to describe my actions in 2016.

Living in Los Angeles, most of my Pokemon Go interactions have been somewhat more on the casual side. I haven’t hit up any meetups or major travel locations, but stuck to some well-populated locales filled with ordinary people going about their day or evening.

And at every interaction, every time I stopped to talk to another player, (or chat with whomever I was walking with), we constantly fell into conversation about our experiences playing the game, and offered each other tips and hints that sounded not that different from how I talked about Pokemon Red and Blue in 1996.

During my time playing this game, I have,

Most people have been quick to call this a success of the Pokemon brand, which I think can be a shallow analysis of this phenomenon. Pokemon as a brand isn’t uniquely set up to be an instant moneymaker. It’s as vulnerable to growth and decline just like any other, and seems to succeed most when there’s a major shake-up of some kind. If a traditional Pokemon Game were released on iOS and Android, it wouldn't be anywhere near this viral. 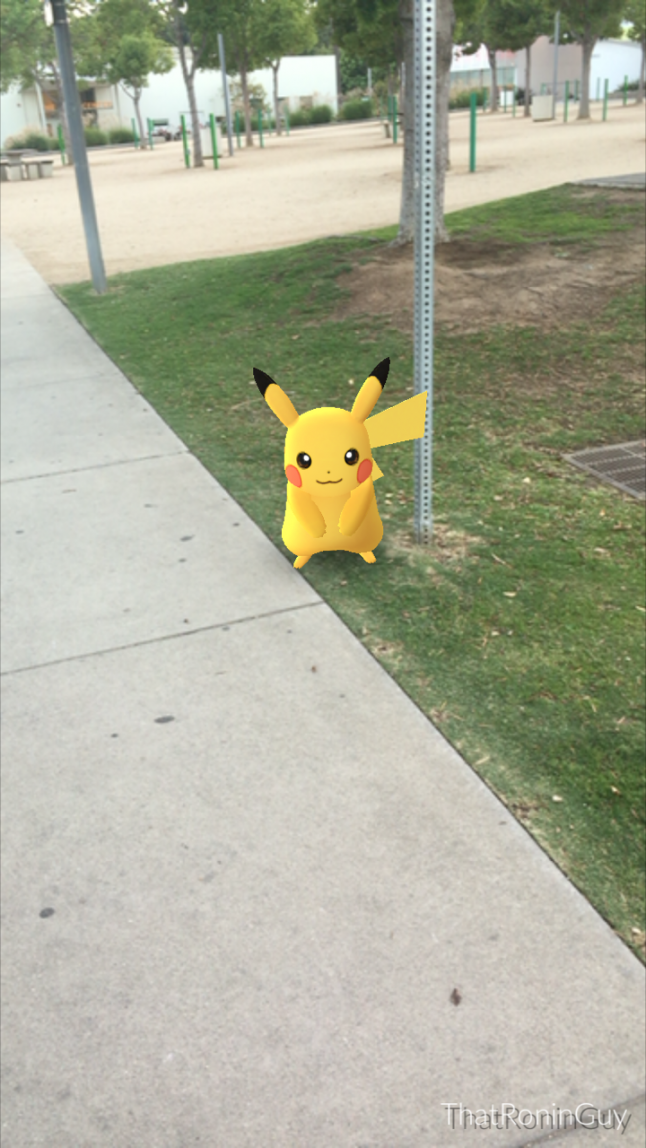 Playing Pokemon Go, I’m not just playing a well-designed Pokemon game, I’m physically performing a set of actions whose principles I’ve fundamentally understood for 20 years, and when talking with other players, it feels like they are too.

Part of this feels like the smart design of restricting the first wave of Pokemon to Red and Blue’s original 151. (Well, maybe 151. The Pokedex only lists 130 Pokemon currently, and I guess there’s no confirmation if Mew can be caught.), but part of it is also a sharp design focus on the verbs and nouns that Pokemon uses outside of its character names.

If anything it’s worth going back to Pokemon Red and Blue to see which mechanics didn’t make the transition. Repels have been replaced with incense, since there’s no incentive to push Pokemon away and all the more incentive to attract them. The game’s various elemental stones aren’t present at all right now, since they were an artificial barrier to unlocking certain Pokemon evolutions, and many more tertiary game mechanics have been stripped away in favor of a streamlined form of Pokemon’s most basic premise. Meanwhile, egg hatching has been grafted in from later Pokemon games.

Again, it’s easy to chalk much of this up to “branding,” but reading Jonathan Blow’s recent conversation with Time Magazine made me want to push thoughts about business or marketing aside to think about how the social interactions of Pokemon Go are really a part of the gameplay. Raph Koster’s already pointed out that players in Pokemon Go are really just the best avatars ever created, since they have the social tools players need to navigate a far broader swath of interactions then anything most traditional MMOs could come up with.

In designing The Witness, Blow says he thought a lot about how learning game mechanics could be a lot like learning a language, and his interest was in teaching players that the systems of The Witness were this language to be built up and understood. I didn’t have time myself to play his game, but discussing it with my friends who have played, I think it’s analogous to what 20 years of Pokemon history can do for Pokemon Go players.

Though Blow describes the creation of a nonverbal language, Pokemon Go's verbal words and choices come with a huge swath of nonverbal baggage. Catching, evolving, and battling are all a set of terms that come with unspoken implications about power, strategy, and relationships with other players, and the interactions behind these specific words have been defined by playing Pokemon games for several generations.

The mechanics of Pokemon Go aren’t just a culture or marketing brand, they’re a language whose value and weight is understood by some, and then taught to others. It makes me inclined to agree with Blow that designing certain games can be like designing a language to be understood, and if this is a lens of design thinking that will become more valuable in the wake of the games' success. 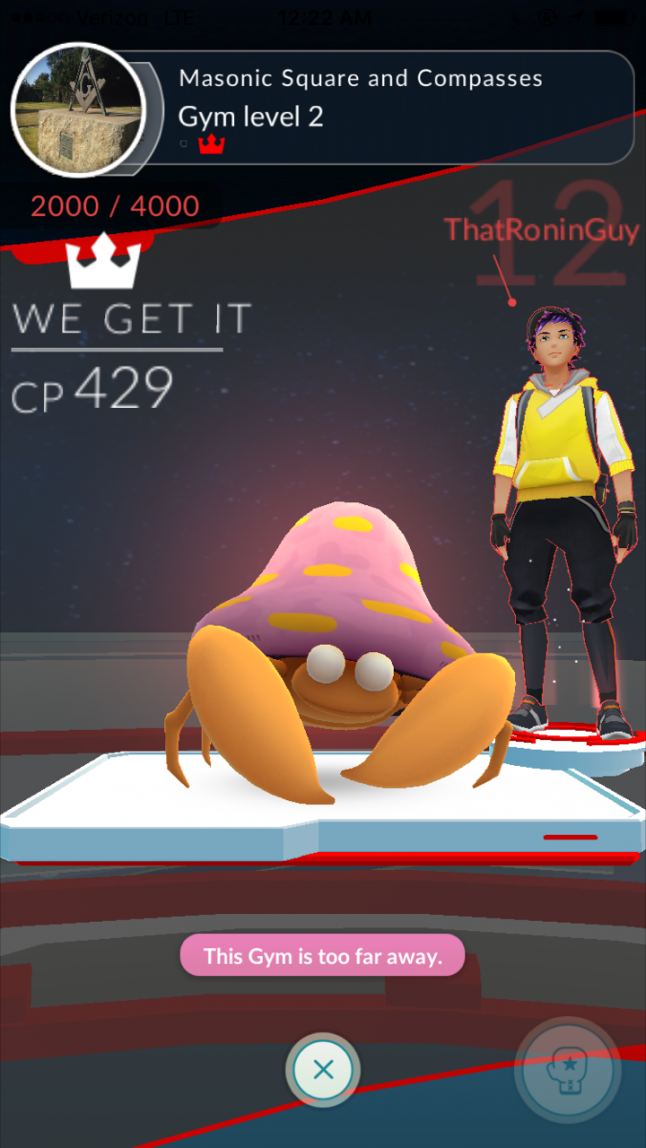 Now neither The Witness nor Pokemon Go can claim exclusivity to this idea. Super Mario Bros obviously bears analysis of building the language of side-scrolling platformer games, and there’s a broad swath of analysis to be had on the language, growth, and transition of real-time-strategy’s shift into the MOBA, but I think it’s also an argument that can be internalized in game design, as Blow says he strove to do with The Witness.

It is interesting to compare the fact that Pokemon is a language that’s lasted 20 years and now firmly encompasses two genres of gameplay, while The Witness’s language ceases to be useful after finishing the game. That doesn’t make it better or worse then Pokemon’s means of expression, but it may mean that many games grapple with the fact that mastery of their language only matters up until the very last second with the game.

If I had to say what Pokemon Go's newest addition to this language would be, I'd definitely say it's the lure, which is now understood not just as a means to attract Pokemon, but a driver for attracting other trainers to a specific spot. I wonder if Game Freak and The Pokemon Company will come to a similar conclusion, and if some kind of other iteration will be included in future Pokemon games and media.

Above, a park at dusk filled with traines attracted by a lure.
So what do you think, is it possible to think about the sum totality of Pokemon as a language, or is there another word or expression needed to explain the game's social phenomena?
Get daily news, dev blogs, and stories from Game Developer straight to your inbox
Subscribe