What education do I need?

In the first part of this series I discussed how to get your foot into the gaming industry by working for a game company. In this part I will talk about another common issue of education.

One of the other more common questions I get emails about is education and gaming degrees. Whether you plan to work for a game company, or build your own, it is unlikely that you will do so without some sort of formal education. (Not saying it isn’t possible, just unlikely) I will try to cover this topic in a Q and A format derived from the most common questions I get asked.

Q: Should I go for a “gaming degree” at a specialized college?

A: No, I personally don’t believe there is a terrible amount of depth to these degrees. I further think that you will be less likely to be selected as a good candidate for hire over someone with a four year degree at a reputable university. I used to reserve being so harsh on these degrees until I got the opportunity to interview a graduate with a 4.0 from one of the most popular game degree colleges - I will not mention here. He was rated in the top three of his graduating class. Yet he was incapable of solving some of the most basic software engineering problems. I went into the interview with high hopes and left completely dumbfounded that what he learned was considered a bachelors degree.

After that interview, I wondered why there would be such degree programs, and it dawned on me, colleges are in the business to make money too! If Hula Hooping became a big craze, I promise you that these same colleges would offer a degree in Hula Hooping. You’ll also find that state accredited universities don’t offer such degrees. 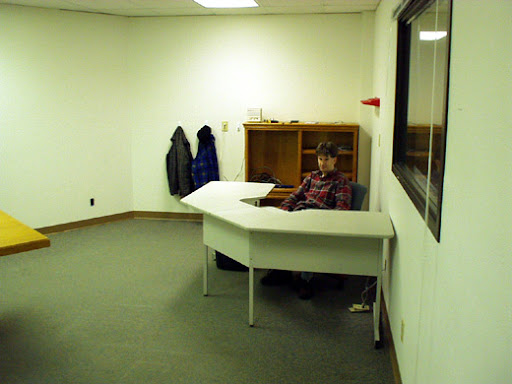 What a "real" job should look like on the game degree ads.

Q: If not a game degree, what kind of degree?

A: It is my personal opinion that you’re far more likely to be successful by getting a four year degree from a state accredited university. Think of it like this. If you get a gaming degree and spend 40K doing it and can’t get a job in the gaming industry, you probably won’t be picked up in any other sector either. However, if you get a four year degree in computer science, electrical engineering, mathematics, and / or physics you will be far more likely to look attractive to a gaming company. Not to mention, that if you don’t land that dream job in the game industry you will just end up with a 100K per year job writing insurance software until you get an opportunity; Boohoo. As far as majors, I personally favor BS (Bachelor of Science) degrees over BA (Bachelor of Arts) or BAS (Bachelor of Applied Science) degrees. Also I can’t stress this enough; you can’t ever take too much math. Even if you are going to be a 3D modeler, trigonometry is invaluable for modeling with today’s modeling software. So my picks for courses are computer science, mathematics, physics, and electrical engineering courses are a big help if you are going into the development side of things.

So that is my two cents, and then some, on the topic of gaming degrees. I hope this helps you make a more educated decision about your education. Oh, and as the final nail in the coffin...what you see on the game degree commercials showing what your job n the game industry will be like, playing games all day while sitting in Natuzzi leather recliners eating cheese puffs…complete bull!