SEARCH
A minimum of 3 characters are required to be typed in the search bar in order to perform a search.
Design
13 min read
Featured Blog

God of War - The Gaming Equivalent Of 'Twilight'?

Emotional pandering, or heartfelt exploration of the human condition? I examine the power of emotion-driven narrative, alongside other forms of engagement, and how to maximize your hordes of dogmatic fans while keeping the haters to a minimum.
Glen Cooney
Blogger
May 06, 2012

What?!?!
The fantasy of little girls meets the fantasy of little boys. Sure, they are widely praised for their respective media, but both have seen their share of criticism for shoddy storytelling and excessive pandering to our base emotions (ie love and... the love for violence). From a classical academic perspective, one might scoff at such entertainment as a thing for fools and brigands. But are we the fools for underestimating their power?

Having completed GoW 3 recently, I finally took a look at the criticisms Extra Credits has of God of War 2 and 3, claiming they have no redeeming value. Seemed a bit harsh, and as I thought about it further it reminded me of the many scathing critiques of the Twilight series. Perhaps they are not so different as they appear.

So in the interest of furthering our narrative and designing skills, and to challenge conventional wisdom, let us delve further into the many ways our entertainment media push our buttons and pick our pockets.

Guilty Pleasures
Both series are works of fantasy in the purest sense of the word. They are all about telling a story through which the audience can vicariously experience an emotionally-charged adventure. In particular, they deal with the theme of giving in to temptation and primal urges, with stories structured around embracing and acting upon one's innermost desires.

Each story revolves around a central object of intense emotional weight.
For Twilight, it is Edward, the ultimate object of attraction for Bella and the most perfect man she could imagine. She is drawn to him so much that she is willing to give up everything and do anything to be with him. For Kratos, it was his betrayers - first Ares, and later the rest of the Olypian Gods and even the Titans. As each one used him for their own ends, his rage only grew, to the point where he ended up all but destroying the world in the pursuit of his vengeance. While Twilight didn't get quite as epic in scope, the focus on a single, intense emotion was a cornerstone of both stories. 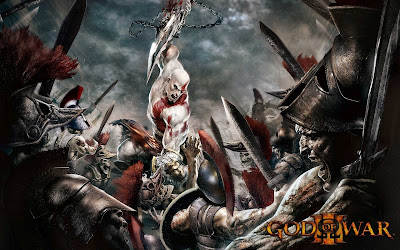 As powerful as this kind of story can be in stimulating audiences, often it ends up being a double edged sword. On one hand, it creates a story that lends itself to great theatrics and spectacle, as the protagonist displays extraordinary ambition driven by intense feelings. It satisfies a certain fundamental need of every person to be able to express their emotions freely, without having to hold back, without fear of judgement or consequences. At the same time, however, it also creates a sense of momentum to the work that can be to the detriment of more thoughtful moments of exposition.

The challenge, therefore, is in weighing the merits of committing to one technique of engagement, to create a perhaps small but enthusiastic following, or balance several in the hopes of attracting a larger audience.

When it comes down to it, the real reason Twilight has so many haters is because it lacks intellectual depth. There just isn't a good enough reason given why a 100 year old vampire would fall for a plain, ordinary young girl. It is the same thing that makes people scoff at movies like Transformers, which feature amazing special effects but not such an amazing plot. These are cases of where the creators of these works have heavily committed, and perhaps over committed, to a specific dimension of engagement.

So having defined these dimensions, we can look at the whole issues with God of War and Twilight through a different light. They both reflect how often Cranial and Visceral dimensions are at odds with each other, where usually one is focused on at the expense of the other, while Reptilian doesn't tend to enter into the narrative arena outside of funky narrative gimmicks.

God of War - Stone Cold Badass, or Unhinged Sociopath?
Returning to Extra Credits' criticism of God of War, I can see where those guys are coming from. While God of War 1 had a pretty convincing narrative that explained Kratos's murderous behavior, his wanton rampages in the 2nd and 3rd installments just seemed to be mindless killfests. However, if you look at the disappointment Kratos is left with in the first game (to dance around spoilers a bit), you can kind of see a reason why he did start going nuts and killing people. 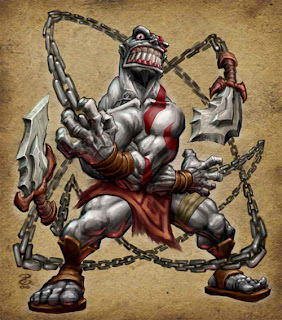 The problem is less the plot, and more the characterization of Kratos himself. In GoW 1, his demeanor and character was spot on for what he was going through. He was pissed off, but more or less level headed, as he was guided by a clear purpose and the promise of being freed from his pain. When that didn't work out so well, it would have made sense to transition his characterization from a cold-hearted badass, to more like a craven maniac, acting out of desperation and torment, rather than the hope that vengeance would set him free.

In terms of the dimensions of engagement, the problem basically boils down to the fact that the developers seemed to want to continue the magic of the character of Kratos, and through his characterization remain consistent to the Visceral feel of the first game. Likewise, his attitude and demeanor had a certain Reptilian charm that made a player feel awesome as they became this powerful warrior. While it would correct the disconnect between the events of the story and Kratos's attitude from the Cranial side of things, it seems they decided to err on the side of keeping the character true to what the fans love, rather than potentially alienating people by messing with it.

Twilight - Fantasy over Fidelity
Twilight's issue is not so easy to fix, as Bella's fixation on various vampire and wolf men beefcakes are pretty much indelibly linked to a rather immature fantasy of being loved for... really no good reason. For that reason there isn't a magic bullet answer to fixing its narrative, and having not read the books myself I am hardly someone to pick apart the minutiae of its plot for a way to fix it. I can, however, offer a contrast to its immature take on love with a film that handled love in a more nuanced way - Scenes from A Marriage. 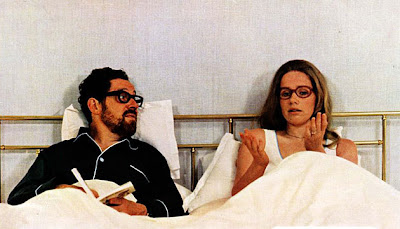 When I first heard about the film years ago in a Film Appreciation class, it sounded like the most boring thing ever. In its made for TV version, it is a 3 part film, 6 hours in total, focusing on the marital troubles of its two main characters. There was very little in the way of action, and even fewer supporting characters. In spite of how it sounded on paper, it turned out to be quite surprisingly awesome.

Perhaps it is the skill of the actors to show emotion on the screen, or my own conflicted feelings about the nature of love, but I was genuinely moved by what I saw, far beyond my expectations. Dimension wise it was almost entirely Visceral - no complicated plot, no flashy explosions or even hot wimens to ogle. It was very focused and guided the audience's expectations well, and kept it all firmly in the realm of emotion.

What did you expect?
Did it ever bother you that you couldn't blow away Koopas with a Rocket Launcher in Super Mario? Or uncover the lurid mystery of the murder of Blinky, Pinky, Inky, and Clyde in Pac-Man? Or discover what horrible socioeconomic conditions drove the Angry Birds to hurling themselves into buildings to their deaths to save their children, and if it was all an allegory for terrorism and Western imperialism*?

*And here I thought I was so clever for coming up with this myself.

Each one of these games, like Scenes from a Marriage, was able to manage expectations in such a way as to make audiences satisfied with their entertainment, not demand something beyond what it offered. This is the real key to making a fulfilling experience, garnering fame and accolades, without all the haters.

Enjoyed this post? Check out my other posts at Glenalysis.blogspot.com!