SEARCH
A minimum of 3 characters are required to be typed in the search bar in order to perform a search.
Design
17 MIN READ
Featured Blog

After playing the alpha and beta, I'm now enjoying retail Destiny on PS4. It's got some neat mechanics that distinguish it from the typical CoD/BF flavor of FPS that dominates AAA. However, I'm not going to talk much about what it does well -- this isn't a review. I'm mostly using this as an opportunity to ramble about FPS game design in the context of current competitive FPS trends and I think Destiny represents those trends well in the PvP modes. Destiny has a large PvE aspect to it, but it's largely outside the scope of this post -- this is focused on things relating to competitive multiplayer. 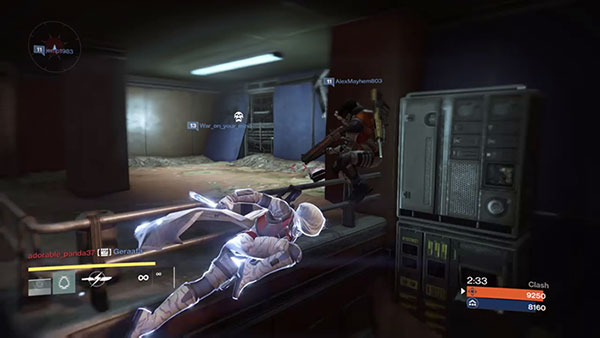 Over the past 15 or so years, FPS games have largely shifted from PC-centric to console-centric. Even when AAA FPS games have a PC version, they typically design for the controller first -- controller-centric games can feel fine with kb/m, but a game designed for kb/m can feel bad on a controller (Counter-Strike: Global Offensive comes to mind). When they're trying to reach the broadest audience possible, it makes sense to prioritize the controller.

To compensate for the lack of speed/precision with analog sticks, there's a lot of effort to slow down combat so that it's easier to track targets using a controller. Simply reducing movement speed to a crawl would make gameplay outside of combat feel awful, so they turn to some clever mechanics in order to slow down combat without dragging everything else down with it.

These mechanics naturally fit better with realistic games, which might partly explain why CoD/BF formula has become so popular. To their credit, console games are starting to do a bit of exploring in terms of more interesting movement mechanics without sacrificing their controller-friendliness -- Titanfall and Destiny come to mind. But as someone who grew up playing PC FPS in the late 90s and early 00s, I can't help but feel like controller-centric FPS games are still catching back up to the golden age of PC FPS. It's not that I don't think there's room for console-focused FPS games -- there obviously is -- but I think the way FPS devs have focused on the console audience, even if there's a PC version, has really restricted variety in FPS game design.

A criticism I have of many FPS games is that they feel monotonous, and Destiny is no exception. I attribute a lot of this to the desire to fill feature checkboxes and make the game quick and easy to pick up and play.

Especially with the explosion of mobile gaming, accessibility has become a key focus in game design. The intention is noble -- to get more people playing. But I worry we've lost sight of what makes games worthwhile -- it's not their ability to become addicting and consume our time with loot, exp grinds, and unlocks -- in the case of competitive multiplayer, a game's value comes from motivating players to improve their skills by providing interesting tools and ways to outsmart and outplay their human competitors.

This attempt by AAA FPS games to simplify and remove confusion has resulted in what I see as a lack of competitive depth. To compensate, I think today's FPS games rely too heavily on exp/loot progression systems to keep the player motivated and improve retention. I think these sort of systems have a place in these games -- having something concrete for the player to strive for is nice, but there can come a point where they act more as a crutch. I find myself asking "would I still be playing this game if the loot system removed?" -- if the answer is no, is the game actually worth investing more time into? What's the payoff?

I've never been a big MOBA player, but I love what they're doing. They prove that we, the developer community, still have a lot to learn about what allows games to be popular. Earlier this year, League of Legends reported having 27 million daily players. That's not total number of players -- that's 27 million people logging on daily (67 million different players log in each month), which is absolutely huge.  That hints at two big things. First, it shows you can have an incredibly deep and complex game with a steep learning curve without assuming a financial flop by not being accessible to every player imaginable -- accessibility certainly has value, but it's not the primary end goal and there's room to explore other ways to keep players playing. Second, it shows that PC gaming is a huge market that is mostly ignored -- AAA has noticed what MOBAs are doing, but their answer is more MOBAs. MOBAs obviously have a lot of good lessons to learn from, but I have a feeling these PC gamers might want some variety.. and console ports aren't doing the job.

Multiplayer achievements (and Destiny bounties) can help a game by motivating the player to explore and master mechanics they might have been otherwise ignoring. Unfortunately, they can influence player behavior away from what would be the optimal strategy for that particular match/moment (e.g. you're more likely to make bad melee attempts if you're trying to get a melee attack achievement/bounty). This is especially problematic when the same set of bounties are given to everyone at the same time -- when the queen bounties first appeared, crucible instantly became overcrowded with people exclusively using hand cannons and scout rifles trying to get headshots for their bounties. One possible improvement would be to distribute different bounties to different players and hopefully do it in a way that can maintain a somewhat normal match dynamic that is more representative of how the game should optimally be played without the influence of bounties and achievements.

Destiny is a loot game but the next segment could also apply to games that only have cosmetic loot. People have a perception that there's a pattern with the distribution of crucible loot. Top players seem to have a smaller chance of getting loot. If this pattern is true (at this point I'd describe it as unconfirmed), I could see three likely scenarios.

Both the first and second scenarios would be driven by good intent, but I think it's terrible to punish the top players. Putting in all that effort to get to the top and then be left out of the loot feels awful and is demotivating. Just reading on forums about the possibility that top players get less loot makes me want to play crucible less. It disrespects the players time. Even if this is all in people's heads (which would be my vote), that's still a perception problem that can and should be addressed.

I generally think better performance should be given better rewards -- after a while, top players will already have the best loot they can get from crucible rewards so them getting the same good gear won’t hurt anything, but at least they get something (they can salvage it for parts/currency). If it's resulting in too much inequality in terms of gear and lower tier players are quitting, just don't show the loot other players get; don't give players, no matter their skill, something to be jealous of. Seeing other players wearing the loot should be enough to motivate them to strive for it and they'll pay more attention to playing the game instead of trying to play the loot system.

In this GDC talk about Hearthstone they talk some about emotion-driven design. I'm wary of letting emotional design overshadow competitive game design, but any instance where you can improve emotional design without hurting competitive value should be exploited fully -- it simply improves player experience. While Bungie hasn't talked about crucible loot specifically, they have spoken about improving the 'reward celebration' aspects of loot and I imagine they'll continue improving these aspects over the life of the game. 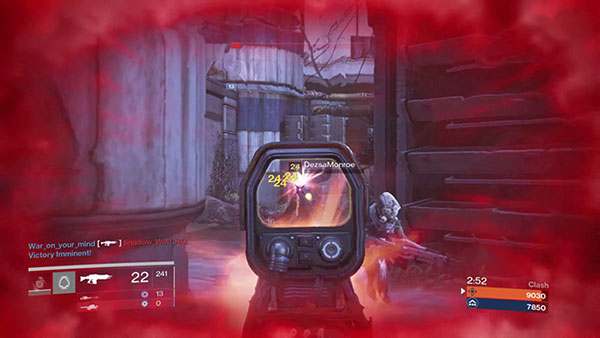 In many ways, modern first person shooters have made a lot of improvements over the years. I'm not saying they're doing it wrong, but I think there are more right answers that we can play with that aren't being explored right now. I'm not trying to replace so much as I am trying to expand what first person shooters can do. Some of the older tools in our designer toolbox should be reexamined and we shouldn't stop trying to search for new tools. Exp grinds and unlock rewards might be an easy way to get player retention, but we shouldn't get complacent with our actual game design under the fear that we'll confuse players. We can learn from what has worked in the past, but we shouldn't be afraid to seek out what will work in the future.