Dead Body Falls takes place in a fictional hotel, with a disturbing and lonely setting to pass the player the feeling of something's wrong and, in a deeply view, not real. How did we shape such narrative through level design to reach this feeling?
Gabriel Padinha
Blogger
June 29, 2018

In 2017 we at Black River Studios established ourselves in the story-driven games with the narrative focused Angest, which was awarded at SBGames (biggest game developer conference in Brazil which receives students and developers) not only as the best narrative game, but also the best VR games, which directed us to, somehow, try to apply the lessons we got from Angest to our next games and by that time an analogous game was already in production: Dead Body Falls. 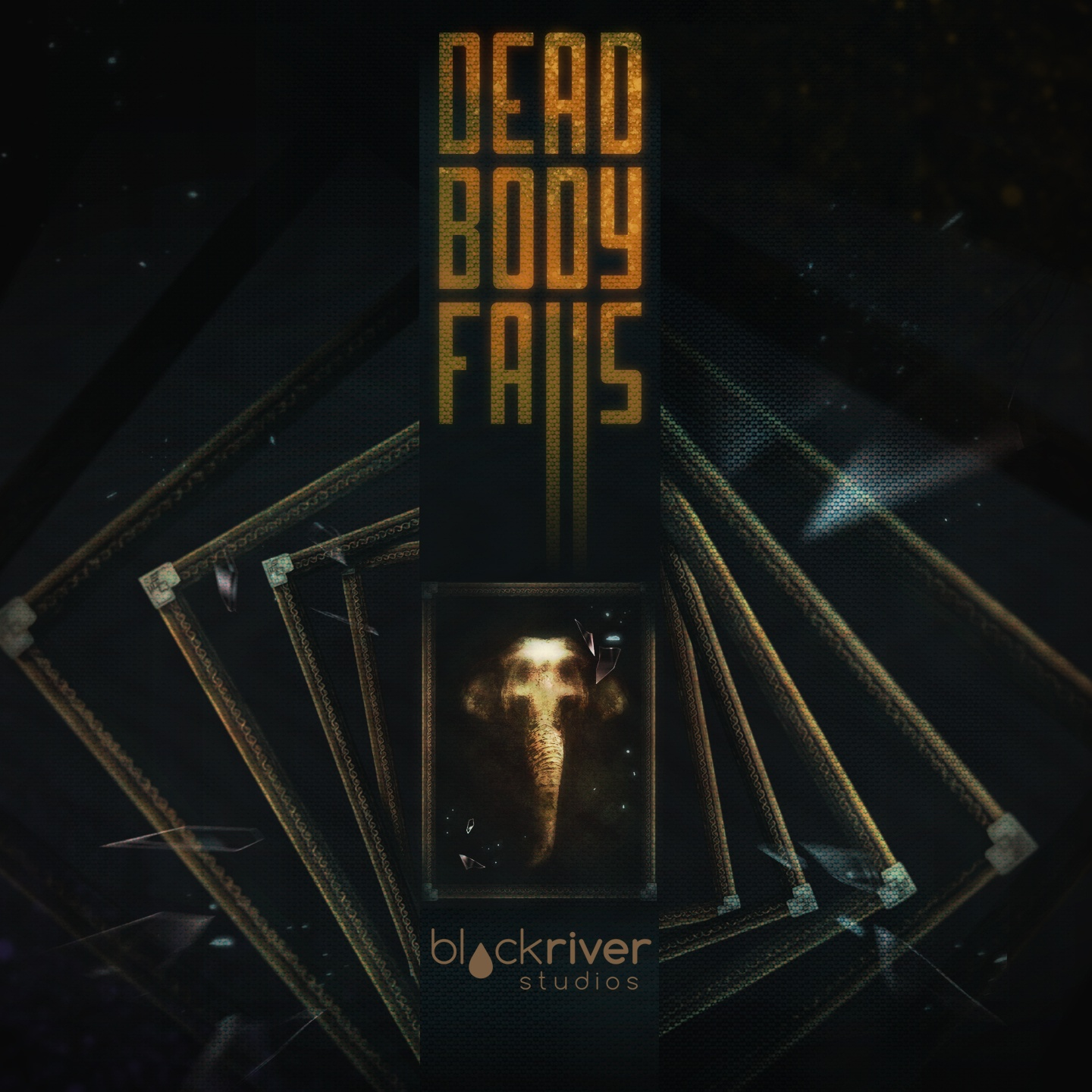 The game takes place in a fictional hotel, with a disturbing and lonely setting to pass the player the feeling of something's wrong and, in a deeply view, not real. The story is focused on multiple perspectives, but none of them is right or wrong, making the choice not binary, but rather interpretative. The player's role is to follow each one of those perspectives while exploring the hotel and discovering about what happened that night - quite simple, right? 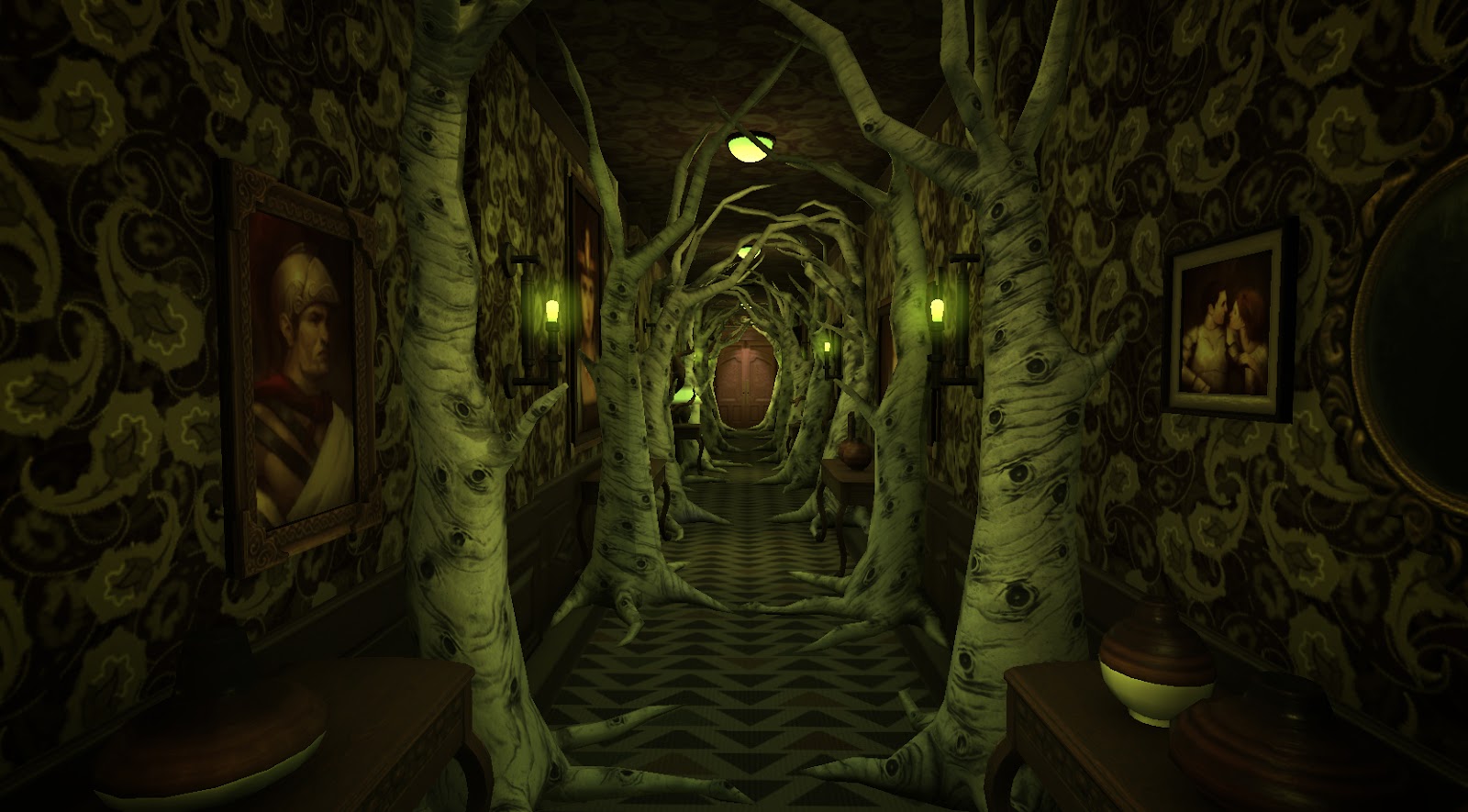 The picture above shows one of the hallways we have in the game - it’s a pleasant walk into the room where one of our characters fully embrace his insanity. At first, due to an architectural limitation, there was only one waypoint between the start of the corridor and the door at its end. It worked well if we just wanted to move the player through that space. We wanted to exploit what that moment had to offer, however.

By the last month, we made a pass through all the waypoints and we decided to add another one in that corridor. The mood got different, as if the character was slowly diving in a trip he wouldn’t be able to return. It also gave the player a sense of discovery and exploration, the pace was changed, making an unhurried exploration and immersion on that construction moment he was about to unfold - the discovery of the room we kept as a secret the whole game.

We did the same thing in some other points. We also removed waypoints that would make the player’s navigation harder and changed them to not be perfectly aligned if it would contribute to the narrative (as some of them are put directly behind pillars when one of the characters is hiding). Many other choices were made so the navigation alone would help to steadily build the player’s emotions to what we wanted.

Guiding the player and setting the mood

Our approach for the outside was to have the entrance door and nothing else. It would not only create the idea of a completely lonely setting but also contribute to the mood we wanted to establish on the first contact of the player with the game. We also had in mind how this area was supposed to give the player a brief introduction about not only the game mechanics but also how to interact with a VR environment if the user had never experienced such technology before.

The only interaction the player would have at the first scene of the game would be the waypoint spawned directly in front of the player’s initial position. The waypoint interaction was done by either pressing the trigger or looking at it for half a second. With no other interaction left and no other lighted spot, the idea was to look at the door and warp to the waypoint, learning the moving gimmick.

Here the things start to get fun. The first thing that happens when the player warps is a camera at the top left turn and look directly at them. The vintage mood of the hotel combined with some modern elements would make the players wonder where exactly they were. With no interaction left, the player would then interact with an interphone and then the doors would open.

When the player enters the hotel, the doors would close, shutting their way back.

In this area, a lot of interactions would be made available so the player could start to learn how things worked and how they could interact with each element. Some interactive items would play an important role later on, such as evidence.

This is how the hall looks like. The mood here was to have a lonely place and give the player the information from the beginning of the game that he or she would not have anyone to interact with. The low light, the large area with no “feel-safe” spots and the many paintings were about improving what we wanted the player to feel.

The navigation was quite simple. The player could move wherever they wanted to, but there was a wall that would stop them when they hit it without the keycard needed. When the player enters the hotel, the first thing seen is the balcony across the hall, with a board that has many key cards. There are also some lines that guide the player towards this objective, such as the ceiling and the columns upon the walls.

When the player gets the keycard and reaches the elevator, the first real intense scene happens, that sets the mood for real and keeps it for the rest of the game.

The rest of the game is guided under the same ideas with linear corridors with corners that keep the player always aware of what’s next.

The idea was to have a hotel completely isolated from the rest of the world. We had to do this from the outside, but mainly from the inside, where the player would spend almost the entire game in.

To do so, the first contact the player had with the hotel was a door and nothing else, isolated underneath the rain with darkness all over it. Once the player entered, the hotel was full of spots with low light and corners hiding what’s next on the next hallway.

Vintage objects and a low but constant ambiance sound provided enough to keep the idea that the player was alone and doing everything by himself, even when they changed the perspective to another character.

The interaction between the two characters that take part in the events that night is deep and meaningful, so the corridors also had to be: Many references were taken from many places. We used the second circle of hell - which represents the lust sin - as a reference for the paintings on the walls.

With narrow corridors and rooms with many exploration spots, we managed to keep the mood and the idea for the rest of the game, when we sort of broke it to make the finale like a crazy trip with surreal elements with the purpose of elevating the player’s emotional to the game’s closure.