The MMO Metamorphasis - how the industry has changed

The MMORPG industry hasn't been static. It's has gone through some rather painful changes since its inception. Learn what caused the scales to tip.
Anderson Addo
Blogger
October 02, 2017

Like many children who started playing games in the USA around 2005 to 2010, I loved to play Massive Multiplayer Online Role Player Games (MMORPGs). I just loved the fantasy, freedom and adventure! The communities were immersive and lively, the adventures were wondrous and breathtaking and … you get the idea. They were amazing. 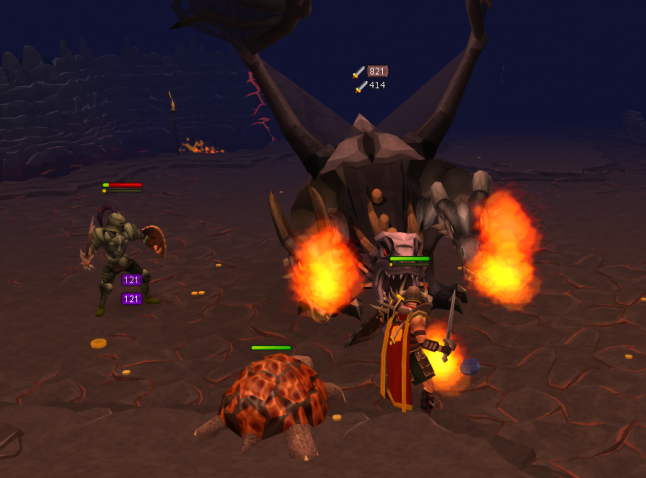 A snapshot of Runescape. Credit: Wikia

I specifically played Runescape and Flyff for 6 years.

But then, around 2012, something happened to Runescape. The game went under new management, and the developers made some majorly unpopular decisions to affect the gameplay, and before I knew it the game was chock full of cheesy microtransaction schemes and a community so divided that the game literally split into two. The community dissipated before my eyes, and eventually I left the game heartbroken.

I’m pretty sure a lot of you out there have had an experience like this with an MMORPG.

Luckily for Jagex, Runescape survived and is alive and well, but sometimes I wonder what caused them to leave such a permanent scar on the game and their player base. To this day, some could argue that the game hasn’t completely recovered. What caused them to, as some players put it, “care more about their wallets than their community?”

A little Story by the Campfire…

I had my theories. For a while, like many, I though it simple was a product of the MMO genre dying out, and Runescape was attemping to become more attractive to new players to avoid closure.

But eventually I decided to really look it up. After a little web surfing and a ton of Reddit, it became clear that the history of Runescape’s episode actually started almost 10 years before its occurrence.

In the late 1990’s and early 2000’s, MMOs were all the range. The gaming industry welcomed the change and potential, and games like Eve Online, MapleStory, Everquest and Runescape (yeah, Runescape is a very old game) were benefiting from millions of players and were quite a lot of fun. Honestly, those guys struck a gold mine.

However, as was once said in an episode of the YouTube channel Extra Creditz, “Every once in a rare while, a single game comes along that affects the entire gaming industry.” And that couldn’t be more true for the MMO industry.

A game in 2004 came into the mix that changed the course of that genre forever.

What was this rare game? What was that anomaly, that game that would make it into the gaming history books? Anyone who plays MMOs enough should know exactly which game it was, and have most probably played it themselves.

A World of Warcraft 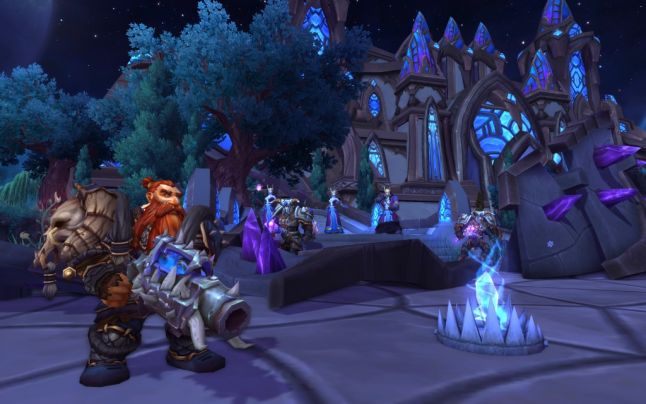 A snapshot of World of Warcraft. Credit: Cinemablend.com

Commonly abbreviated as WoW, World of Warcraft hit the industry like the meteor that hit the dinosaurs.

The death it caused wasn’t necessarily a death concerned with numbers, but with individuality and flare.

WoW had found a formula to find success, and others wanted its benefits too. Suddenly, for a whole decade, the majority of the MMOs coming out were all rip-offs of WoW. They were being made by developers who entered the industry just for the money, and, not too surprisingly, didn’t really grasp how important the community aspect is to the MMO genre.

The games were low quality, and the industry became saturated. For anyone who doesn’t know what this means, it simple means that there were too many games. And it’s due to this the industry hit a pretty low point.

The genre seemed less interesting for new players, and existing players were faced with being treated like walking money bags since the games they played had to deal with more and more competition. Games became more and more about money and less about the community that made the games successful in the first place.

But here was another problem too.

The Evil of Instant Gratification

One thing about MMOs is that they take a lot of time. You’ll grind for hours and hours to level up and get make progress. Many times, such grinding is slow and…I must admit it…boring, albeit the reaped rewards make you feel really great.

That’s a problem for a gaming industry that’s growing and getting better at supplying users with instant gratification, rather than delayed gratification (working and earning your reward).

You see, RPGs are one of the only genres where you have to really work for an end product of gratification. In the past, that work was dull and repetitive, but modern RPGs are making that progress making more fun.

But it’s still an integral part of the genre.

So with the industry becoming saturated and competition becoming unfavorably tough, MMOs would prefer to keep any players that stumble upon their games. Many of these would be players new to the MMO scope, and when they get on they aren’t used to the delayed gratification. This leads to some MMOs making their games easier to play, reducing their challenge levels and doing anything to please players that leave to try out new games in the end anyway.

Games that become easier had a lower need for a cooperative community, so their communities crumbled too.

So by the end of this earthquake the MMORPG space was filled with tons of low-quality rip-offs with low community engagement. Sure, there were still high quality games out there, like Tera, but there were a lot of pretty mediocre ones out there too.

So this trend continued for a while. Why? For the same reason it started in the first place.

Making a MMORPG is a very herculean task. The costs are high and development time is long, and on top of that the maintenance that goes into the game once it’s live can be a real headache. Developers only want to jump into that abyss if they know there’s something good on the other side. They’d rather play it safe, which is why a lot of them decided to just follow WoW and choked up the industry.

So what now, then? 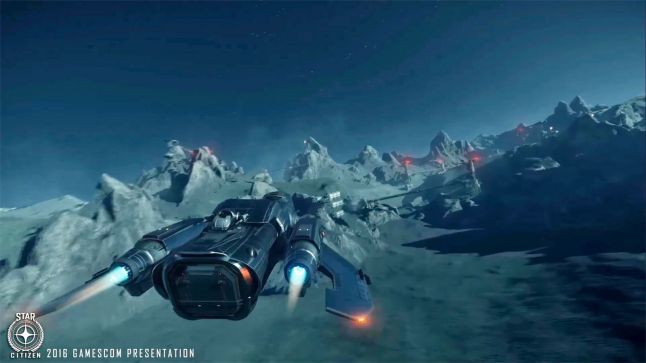 Star Citizen, a major MMORPG hopefully coming out in the next few years. Credit: engadget.com

The MMORPG industry is starting to recover. More innovative ideas are coming out, but as I just said, these games take a while to develop and this recovery will be a bit slow.

Like I said, it will be a recovery of flare and individuality, not numbers of players playing the genre.

Apart from having more unique takes on things, MMORPGs are becoming more free-to-play, which will attract more players to them and can help revive their communities (provided the developers run the games well). Developers will also hopefully be a bit more rigid as to what they will add to the game, and focus more on the community and less on the wallet.

We probably won’t see that many challenging MMORPGs in the future anymore, but we will see more interesting ones with better communities and player engagement.

So I Got my Answer in the End!

So I think this is why Runescape went through that episode. It bucked under the pressure to fit the masses. It’s not necessarily a bad thing though, and I can’t objectively say whether how they changed was necessary or not. However, in this case, Runescape “lost its individuality and flare” as the fan Witchwood Icon put it. It became more “modern”, and took a while to find its place in the MMORPG industry that has become more competitive and easy. Its attempts to attract more players affected its indigenous players, and while the game tried to keep its core aspects ,it became more and more alien to its fans.

The MMO industry is a complex one, and while I tried so summarize things for you, there’s a lot going on. Some of the things I’ve said don’t apply to the whole industry, and there’s sure to be a lot I haven’t covered or don’t fully understand.

So here are some links in case you want to look at this in more detail: