Product and UX deconstruction of an all time favourite 8 Ball Pool along with a deep dive into the psychology of skill and chance-based gratification loops and how they affect player perception.
Om Tandon
Blogger
October 23, 2019 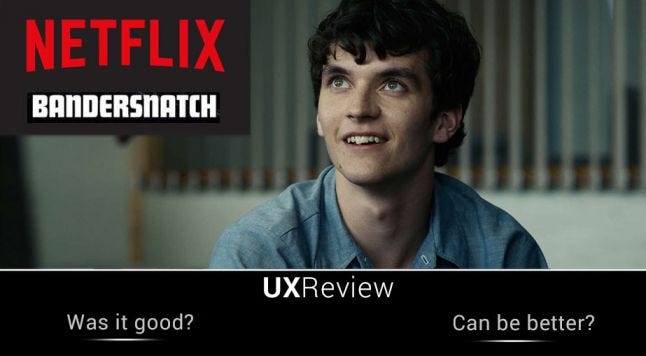 Ever since its launch on mobile way back in 2010, 8 Ball pool has been a consistent performer on top grossing charts in US and UK app stores. Whilst it did show signs of ageing and slowing down, losing ground to newly sprung sporting rivals like Golf Clash a year back, the relatively recent addition of new features has uplifted the core and meta loops of this iron horse. 8 Ball pool has made up for the age gap and continues to be a dominant force in the sports arcade category.


Game design and UX wise, 8 Ball Pool is a game of excesses - a melting pot of skill and chance based gratification that is apparent in every aspect of the game.. a layered buffet treat approach that monetises well.

But before diving deep, let's first look at the state of the sports games genre on the top-grossing charts.

In order to correctly categorize sports games, they can be divided into two categories,

Sports arcade: These include games like Golf Clash, 8 Ball Pool, MLB Tap Sports, all of which have core loop based on real-world sports game combined with other state of the art F2P social and meta loops resulting in a casual gameplay experience.

Sports simulation: These include games like Top Eleven football manager, FIFA Manager which focus more on the team management aspect rather than tactical gameplay and leans more towards strategy-based gameplay.


As far as F2P sports games on mobile go, there are plenty of games on app stores but only a handful of these have found notable success and popularity on top-grossing charts

Even though the sports category has a lot of potentials and has had a fair amount of success in their yesteryears, it seems to be on a decline in the last 2 years. A handful of titles that have managed to hang on to top 30 - 50 grossing charts have done it on the back of factors ranging from streamlined UX to casualising the core experience (reducing the barrier to entry for casual or non sports playing audiences) and the addition of meta and social loops with a strong emphasis on gacha based systems.

Another notable mention is that the UK market (compared to the US) is a good testbed for finding success and fine-tuning the game early in the sports game category. Both Golf Clash and 8 Ball Pool rose up the top-grossing charts in the UK first in their early days.


It may not be wrong to say: if you are launching a sports arcade/simulation game, breaking into UK top-grossing in soft launch might hold the key to gauge long term success and worldwide potential of the game.

Before we dive in, let’s take a brief look at 8 Ball Pool's developer Miniclip

Miniclip was founded in 2001 by Rob Small, a young games enthusiast fresh from university with a dream to build the next generation game entertainment company, and Tihan Presbie, an entrepreneur in computerized financial trading.

It started out as a free online games website launched way back in 2001 and is known for having a large and varied collection of flash-based games.

As per information on Miniclip's website, in February 2015 Miniclip received a majority investment from Tencent, the world’s largest games company and 5th biggest global internet business and both the companies are now working together to blend their Western and Eastern expertise.

Having a solid grip on web based games and with other previously online-only casual game developers like King.com finding immense success on mobile, it made sense for Miniclip to follow suit and launch 8 Ball Pool along with a host of other popular games (Agar.io fame) on mobile.


Since Miniclips games were already popular online, it made sense that they would also gain traction on mobile platforms given that a similar pool of casual players were now also playing on their mobile devices.

The success of sports arcade and simulation games relies heavily on the following three important pillars:

1) First pillar: Mimic real world mental models. Gameplay simulations and rules need to feel as satisfying as the real world counterpart and more importantly feel skill-based reminding the players of the mental model, nostalgia and rules involved in the real sport. Subconsciously players will always be comparing the experience to challenge, fun and rules of the real world precedent, more so in case of users who at some point indulged or are familiar with the real world sport.


Gameplay and rules can surely benefit from creative changes on digital mediums but should not diverge too far from the original real world sport.

Other facets of these game like meta and social loops are just a wrappers around the core game, not to say that they are not important or don't enrich the player experience, but if you miss the bar on satisfying core loop simulation, everything else is bound to fall apart.

2) Second pillar: A robust physics engine. Even if you manage to tailor and craft the rules, look and feel of the game as per the real world sport, it can still all fall apart or feel fake if the engine physics does not convincingly simulate the physical and tactile attributes of the game elements involved. For example, the friction of pool balls moving on a surface, the force needed to move the ball over varying distances, angular velocity, spin velocity, ambient sounds all contribute to creating various nuances & subtleties of the gameplay that stem from skill and luck in the real world.


8 Ball Pool has one of the best pool physics engine that satisfactorily recreates the tactile experience of playing pool in real life brilliantly.

3) Third pillar: Social competitiveness and PvP interactions. Competition equals challenge and helps players assess their level of mastery. While AI-driven competition in digital games can recreate the feeling of challenge, real satisfaction for many players arises from knowing they are playing against real people. MMA (Match Making Algorithms) can play a vital role in balancing the element of fun avoiding griefing along with a strong PvP loop.

Core loop in a nutshell:

How 8 Ball Pool Evolved over time:

Built and upgraded over time like a layered cake or house of cards, every year new trending features have been added piecemeal to uplift the core, meta and social loops, while some of them work well, others add a lot of noise and can create decision paralysis.

8 Ball Pool Reboot: A melting pot of skill based & chance based gratification?

In this section, we will look deep into the prevailing trend of 2 gratification systems that are commonplace in F2P games today. While examples that are shown here apply to 8 Ball Pool, this section would also apply more generically to a wider pool of F2P games.

Most games today use 2 gratification systems for reward generation:

On the surface, these two gratification systems are used namely for balancing the game economy via avoiding SC scarcity, deepening monetisation and unblocking players to play 2-3 game sessions if they are NPU's. It also herd them on a path of steady progression.


Most F2P games today use a combination of skills and chance based gratification and yes, you and I both know this combination work! But the question we may ask is WHY?

In order to understand the WHY, we will use microeconomic lens along with a cognitive decision making framework. From a Keynesian microeconomic and behavioural economics perspective, we can treat the currencies players earn in the game, depending on their source (how they are earned) as:

Income: Soft and hard currencies earned as rewards by winning game sessions level up's or anything that is earned via players skills in the game.

Real life examples: Bonuses given by companies, end of the year or receiving a 5% tax refund (compared to a 5% tax reduction) are more readily consumed or spent by an individual as they are mentally labelled differently than regular income.

*Note: In games, MPC effect is slightly offset, by an increment in currency sinks, like the cost of upgrades etc. which may rise in proportion to increment in regular income

Examples of the two systems at play in 8 Ball Pool: Regular income is earned via winning pool games, windfalls are accumulated via a daily dose of chance based, spins, scratch cards, gifts from friends etc. (Same distribution is true of many other games)

Due to the above 2 effects, proven research points psychologically unanticipated nature of windfall gains may be responsible for their heightened proclivity to spend.

But don't overdo a good thing. The microeconomic theory also predicts for someone who already has a surplus of income or is 'cash-rich' (like Whales or High spenders) change in the level of happiness may be marginal even with "Windfall Gains". However, for people who like to hoard their skill-based earnings or are reluctant to spend, windfall earnings may actually help change that behaviour.


You may ask, can you have the best of both the worlds - a hybrid offering of luck & skill?

There are always exceptions to the rule and below are such examples:

Golden shot, a late addition mini game in Golf Clash, is a great example of offering players a high-octane cocktail of both skill and luck.

This is a strict departure from how players are rewarded in regular gameplay session wherein landing the ball first in the hole only results in rewards.

'Lucky Shot' seemingly inspired from the success of Golf Clash, is 8 Ball's version of 'Golden Shot'

Again this is a departure from how players are rewarded in regular gameplay session where potting all the balls on the table first only results in rewards.


Given the level of polish and regular live ops support these two formats have in both games, it's very apparent that the combination of skill and chance works beautifully together and aids monetisation, engagement & session times.

For those who believe chance based games are just small distractions and may not monetise as much, a close look at top selling pack in 8 Ball proves just how high up in the purchasing ladder, chance based mini-games sit!

In part 2 of this post, we will look at the CORE, META and SOCIAL loops of 8 Ball Pool, how they have evolved and uplifted the game over time, pain points in player experience and potential areas of improvement..stay tuned!

Special thanks to Chong Ahn for providing insights on 8 Ball Pools app store ranking data and contributions to this article.

If you liked this post, you can check out my other game deconstructs or contact me for game consulting queries here. Feel free to hit the Follow Button or connect with me for future articles!