Faultline Games - Turning an online community into a game studio

Alex Hayton from Faultline Games talks about his studio's experience of growing from a mod team to a full-fledged studio, and their partnership with Unknown Worlds Entertainment to turn their mod into a full-blown game.
Alex Hayton
Blogger
April 08, 2014

I'm one of the directors of fledgling studio Faultline Games. This week I find myself packing a suitcase for Boston, where all being well we're on the cusp of realising the dream of most mod developers... taking our mod to PAX East to be exhibited as a full-blown commercial game (release date TBC!). If it does well, the hope is to make the gameplay mod we have built over the last three years available to everyone on Steam, in conjunction with the developer of the game we have seen grow, played and loved over the last three years.

We're all die-hard sci-fi fans on our team, and we were naturally attracted to Natural Selection 2's subject matter. It's an asymmetric first-person-strategy game where a team of space marines and a team of aliens fight to control resources with a commander on each team taking care of the bigger picture. Because it was written by a team with modding roots, it has a mod community that's been devotedly tweaking and toying with their favourite game engine for years. Faultline's team grew organically from this community, representing a coming together of different skills and backgrounds from all over the world. 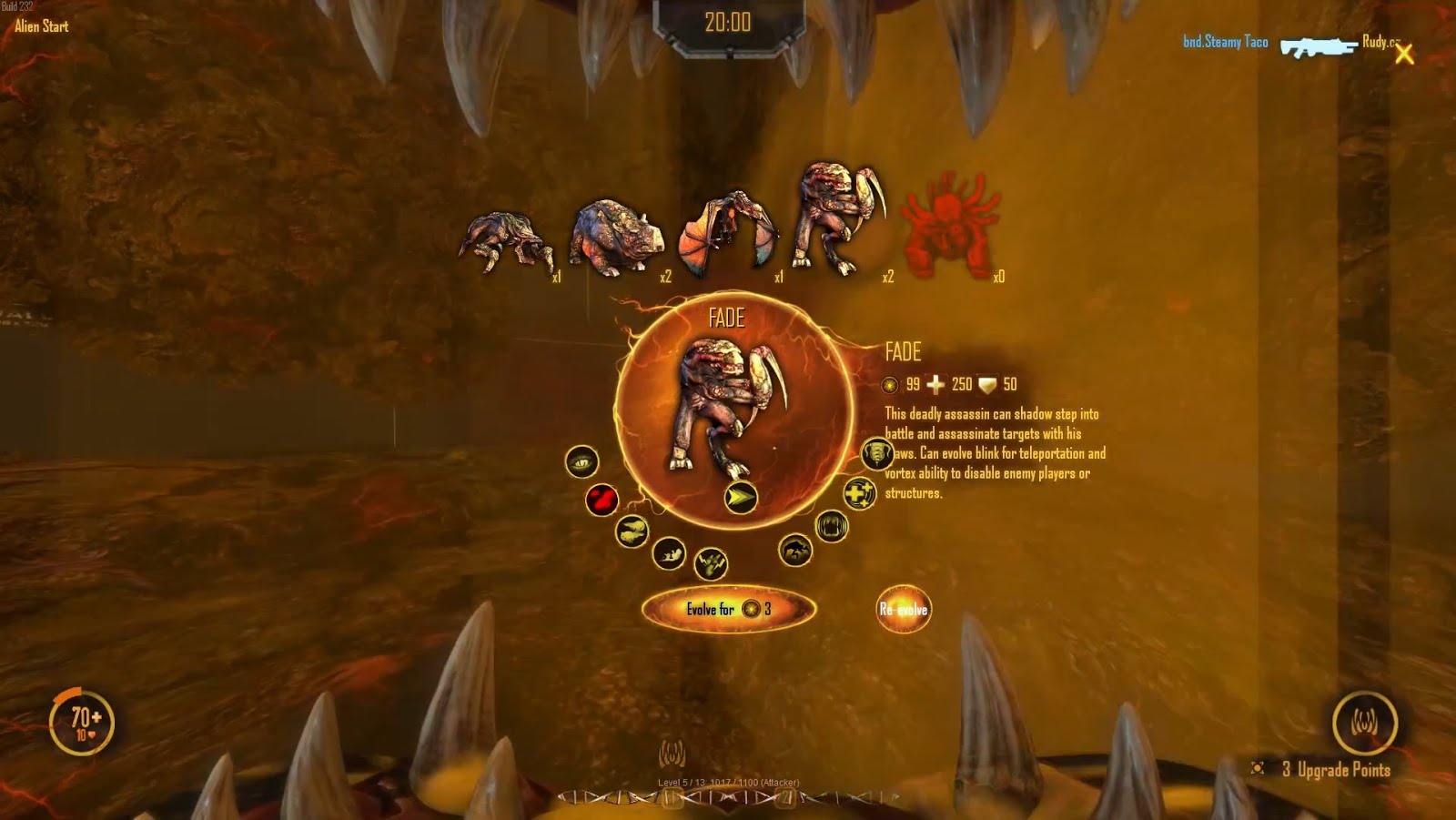 Early screenshot of the alien buy menu in Combat Mode

Our first mod was called 'Combat Mode', which provides a faster-paced and stripped-down version of Natural Selection 2's gameplay, with some RPG elements such as experience points and talents. I originally started working on this because my gaming rig was too slow to cope with NS2 and Combat uses much smaller environments and fewer game entities. I've been wanting to make games since I was very young, regretted never taking the chance at university, and saw this as a great opportunity to get some skills, experience and contacts, because going it alone just isn't as much fun. 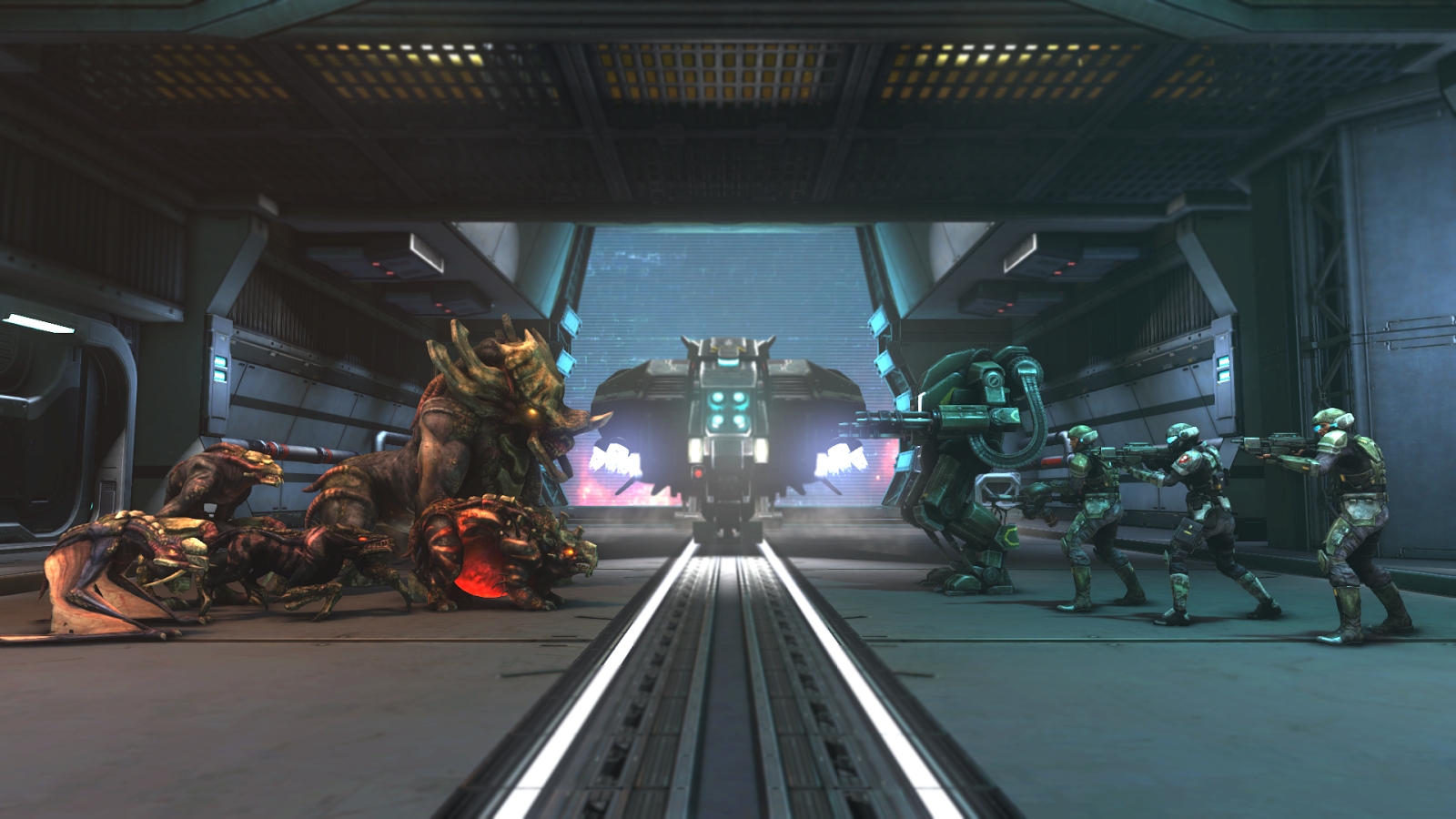 We started as a core group of three, slowly getting to know each other and learning how to successfully hook into the code. In the early days, this wasn't such an easy task! Unknown Worlds were one of the early pioneers of the crowdfunding/early access model which has led to the staggering successes of games such as NS2, DayZ and Rust, making a successful go of it even before Kickstarter was even a thing. They made their engine easy to modify, but by working on it in such an early state we had to overcome the kinds of unique challenges that arise when the underlying game is a moving target.

We finished the first version of our mod in two months. It was ropey and you had to type  commands in chat to buy things, but it worked! We kept improving and iterating but we still didn't have the skills or manpower to make it the game we always wanted it to be.

Flash forward to January 2014 and the mod team had grown to 8 people. We'd just formed a company, Faultline Games Limited, we had a good mix of talents and we'd worked out how to work together and made a couple of fun mods by now, with new art and sounds and about 10,000 subscribers on the Steam Workshop. 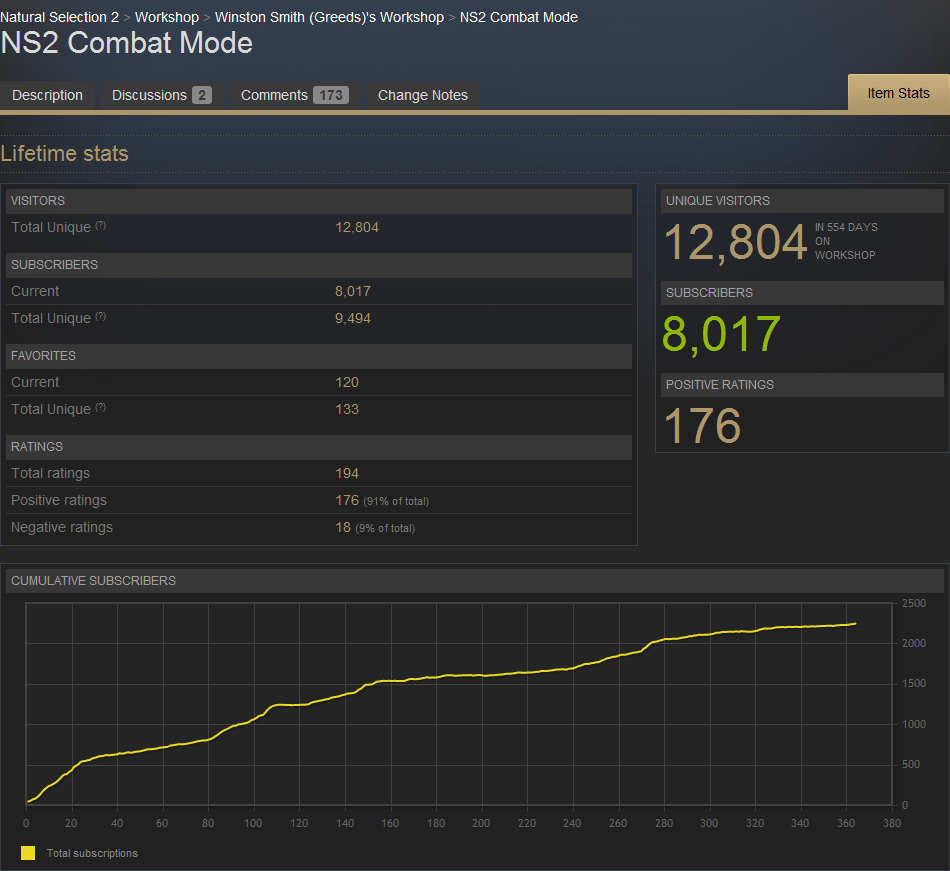 We were making the prototype of our first commercial game, based on an idea we first prototyped in NS2's engine. That game idea was to quickly evolve into a cross-breed of top-down gunplay a la 'Alien Swarm' with a ragtag band of space pirates. We decided to give Unity a try and were experimenting with a gameplay/tech demo, procedurally generating content and working out how to get the most out of Unity's Free tier, as well as checking that our game was fun to play. Our prototype, 'Xenoswarm' was technically ambitious for us and had some funny bugs (our main character sometimes rolled around on the floor due to a mismatched physics model) but it was great to be striking out on our own and coming up with an original game design.

Later that month, we got an email from the head honcho at Unknown Worlds, the honourable Charlie Cleveland, asking if we'd be interested in turning our mod into a commercially-saleable game as part of a co-publishing agreement. This was a no-brainer for us and we said yes almost straight away. Because we'd all formed as part of the NS2 community it felt right to be able to give something back to the company that made it all happen and to make the game we always wanted to make all those years ago.

We've spent the last two months polishing and rewriting the parts of the mod we didn't like, adding new features and gameplay modes and starting to think about how we can make an interesting metagame. We really like the version we're taking to PAX and we think it represents our own and Unknown Worlds' work at their best. There's obviously a lot more to do... but we're really excited to see where the format can end up. 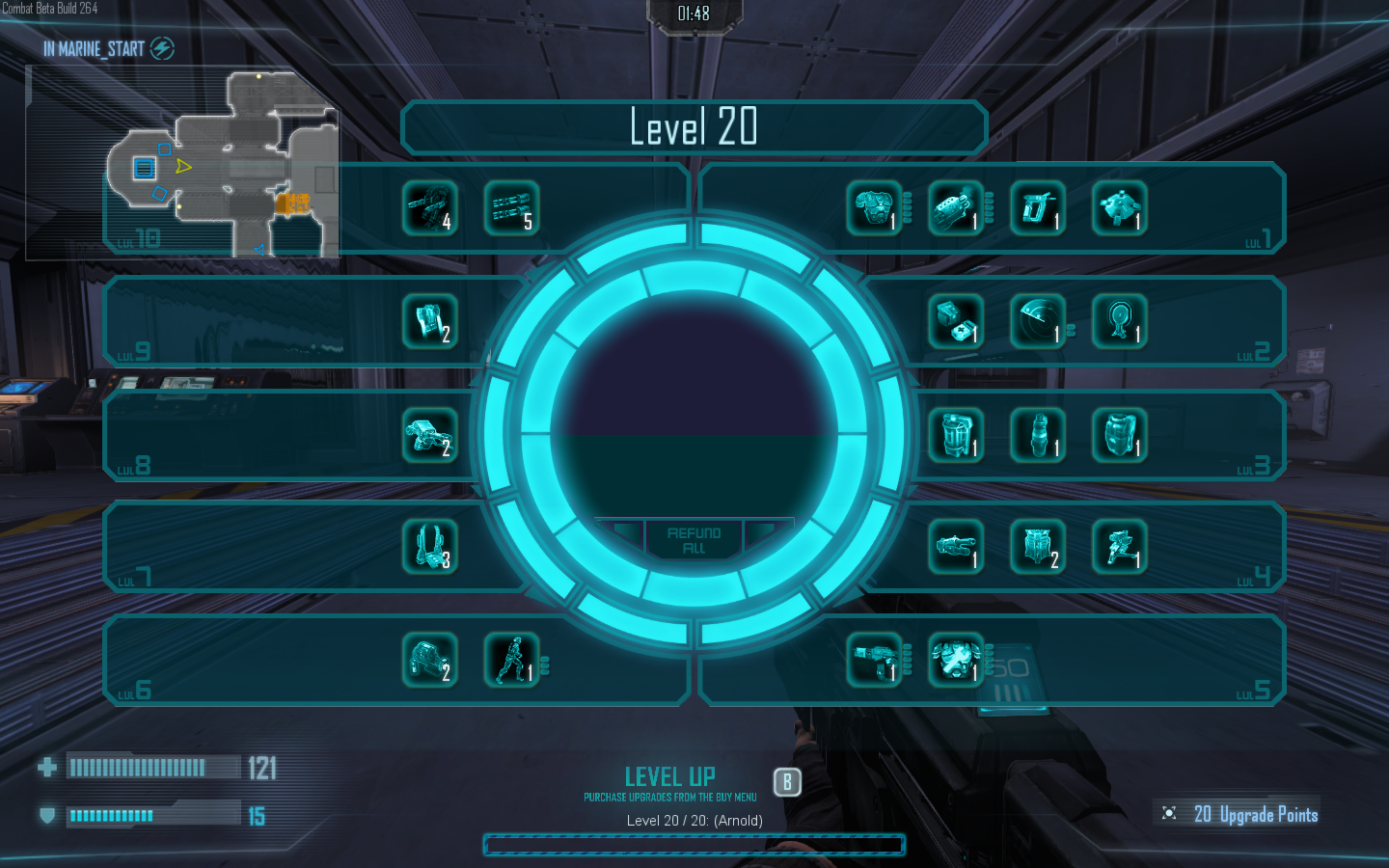 The new buy menu for marines, there are now multiple levels of upgrades and even the ability to build structures!

What next? Well, we don't really know. I'd love the game to be successful and for people to love playing it as much as we've loved making it. With our manpower and Unknown Worlds' marketing expertise maybe it can be...

Faultline Games will be showing a pre-alpha version of their game at PAX East. If you'd like to come have a look, come swing by our booth!

I've also written a short post-script which includes some lessons learned and some general advice for mod teams who are thinking of striking out on their own. If you're interested in forming your own studio, I hope you find it useful!