F2P Insight: Think Keeping Competitor Ads Out of Your Games is a Must? Think Again

Choosing which kinds of ads to allow in your freemium game is almost as important as choosing whether to run ads at all. Blacklisting - or forbidding ads from competitive games - is a common tactic. But as Storm8 learned, it's not always the right one.
Christy Taylor
Blogger
February 11, 2016

Freemium mobile game developers face critical choices when it comes to figuring out how to generate revenue. In-app purchases, advertising, or both? Interactive ads that can take up memory usage within the app, or simple mobile banners that players can ultimately ignore? And should ads from games in the same genre or category automatically be blocked from running?

The answer to the last question seems simple. Of course competitive ads should be blocked, right? Acquiring loyal players costs money, so any advertising feature that could pull them out of the game -- whether it’s a broken ad, too many ads in succession, or worse, an ad trying to lure them into another game -- should be avoided, or so we thought. 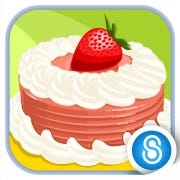 For Storm8, developer of mobile social games like Bakery Story and Restaurant Story, the question of whether to blacklist competitive ads or not had a more complex and less intuitive answer than expected.

“The thought of allowing competitor ads definitely seemed counterintuitive,” said Jeanette Su, Business Operations Manager at Storm8. “But smart game monetization strategy involves testing everything from ad placements to gameplay mechanics, so we were open to figuring out the kind of effect that allowing or not allowing competitive ads would have on overall revenue.”

Storm8 has been making games since 2009, but only began weaving rewarded video ads into their mobile games last year. They started with Bakery Story and Restaurant Story, two games that had been in the market since 2010.

Both games still had rabid audiences, which made them good candidates for Storm8’s venture into rewarded video ad monetization. “We wanted to see how video ads could supplement our existing IAP strategy,” Su said.

Bakery Story and Restaurant Story players have to cook items and achieve various other food service goals to keep customers happy. Players can purchase appliances, furniture and other items as they advance in the game, so Storm8 chose to use video ads that rewarded players with soft and hard currency to drive engagement and fuel the in-game economy. 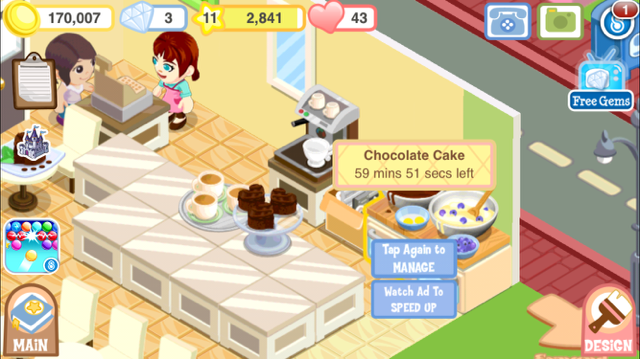 This meant that in addition to figuring out the optimal blend of reward -- for example, should players just receive currency, or a tactical reward that allowed them to advance further in the game -- Storm8 had to decide whether and how to blacklist competitor ads.

Blacklisting is a tactic common to advertising -- not just for games and not just for mobile. Making sure players have the best in-game experience possible is a developer’s main goal, so most ad platforms offer the ability to block ads based on content, geography, language, and of course, the product they’re promoting.

Specialized monetization platforms get even more granular, down to being able to block specific user task types. For example, the game developer can choose to blacklist all ads that are trying to drive downloads, or just ads that make players jump through hoops -- like downloading the app and getting to certain level -- before they can earn a reward.

The Storm8 team chose to blacklist other cooking and restaurant games, and segmented players into a test and control group. In addition to monitoring factors like the amount of reward currency players earned, and the number of ads viewed, Storm8 also tracked the overall eCPM (or cost per thousand times an ad was shown) that the Restaurant Story and Bakery Story groups generated.

After three months, one factor became clear: the non-blacklisted group drove a much higher ad payout than the group that they kept from seeing competitive ads in both games. eCPMs for the non-blacklisted groups in both games were 15 percent higher, and that revenue came with little-to-no user attrition to the games that were featured in the competitive ads. There were also no negative results with respect to keeping those users engaged.

The lesson? When it comes to freemium app monetization, the best strategy is to test, monitor, tweak and test again. Knee-jerk reactions to factors like competitive ads, frequency-capping and ad placements can actually derail a solid revenue strategy. Every game is different -- so understanding the factors that motivate your players is key to figuring out whether keeping competitive ads out of the mix is a must.

You can find out more about Storm8's F2P monetization strategy by downloading the full case study here.