If you believe that thinking outside the box is difficult, try thinking outside your country! Yet this is what you need if you want to survive in today's global market.
Miguel Bernal-Merino
Blogger
October 20, 2014 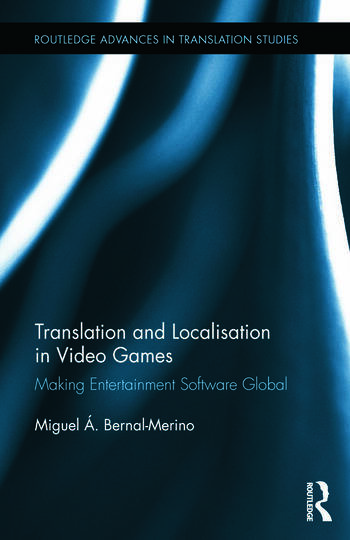 Selling games in more than one country does not mean being global or having a global strategy!

In fact, many international companies lack a plan that addresses the complexities of the global marketplace. Good old approaches tend to be simplistic: It is clear that good distribution channels are necessary but they only take the product where it 'could' be wanted; Expensive marketing campaigns may entice players but they do not make fans; Social media may generate attention but also destructive campaigns by players that feel betrayed; Free-to-play may attract users but it does not retain players, Partial localisation helps players enter a game but it does not immerse them... The reason: the global market is not one big shop, but many small ones, and each of them has unique players, all of which need to feel that they are being catered for.

Video games now generate more revenue than the cinema box office, home video and music sales businesses. From the Financial Times to Reuters and Forbes, journals and magazines agree on the growing value of the global video game market, forecasting $80+ billion by 2017. A high percentage of these dollars come from localised products, yet many companies fail to internationalise their products adequately, damaging localisation and their own brand. In the coming years, global savvy entrepreneurs with an inclusive ‘glocalisation’ strategy will be the only ones that prevail in our massively interconnected game market, and rightly so. Players may have been OK with carrying a dictionary to their gaming sessions, but digital natives expect to be immersed in the game-world, and they do not have much time for incomplete or uninspired localisation. There are a lot of other games to play that do really ‘talk’ to them.

While the translation of video games may share some characteristics with the translation of generic text, literature, comics and films, it uniquely features ‘playability’, which sets it apart from the translation of other creative media. Engaging narrative, interactive dialogues, and branching storylines trigger suspension of disbelief and bring about the feeling of autobiographical involvement for players. However, the magic may be broken in localised version because companies neglect internationalisation and rush localisation; the immersive gaming experience developers created for their compatriot players broken by their own lack of planning.

New, small companies in Canada, the UK, Finland, Germany, Russia, Poland, Brazil, Korea and Spain have joined the race effectively eating away the profits of established ones. A better awareness of internationalisation and localisation is enabling these newcomers from all over the world to become contenders in the international arena. In some cases, being global is a question of survival!

Internationalisation and ‘enhanced’ localisation give translators all the necessary assets to recreate and grow game creativity for players around the world. This shared-authorship results in localised versions that enhance playability, engage players and maintain their immersion from the purchase till the end of the game and DLC.

The future belongs to companies that understand what being ‘glocal’ is and prepare for it from pre-production to launch and community engagement, because your clients in other countries are as valuable as those next door... At last!

ProgrammingArtBusinessProductionDesign
Get daily news, dev blogs, and stories from Game Developer straight to your inbox
Subscribe