Growlanser IV is the first Japanese-language book that I’ll review. It came with me when I traveled back from Japan, where I had bought it from one of Japan’s largest used book stores, Book Off. I found Book off to be a much better place to buy art books than specific video game stores or Super Potato. Unlike in the United States, it is relatively common to put out an art book with your game, usually paired with some scenario and walkthrough information. Growlanser IV: Character & Scenario Collection falls into that category, collecting both information about the game and art related to the game. 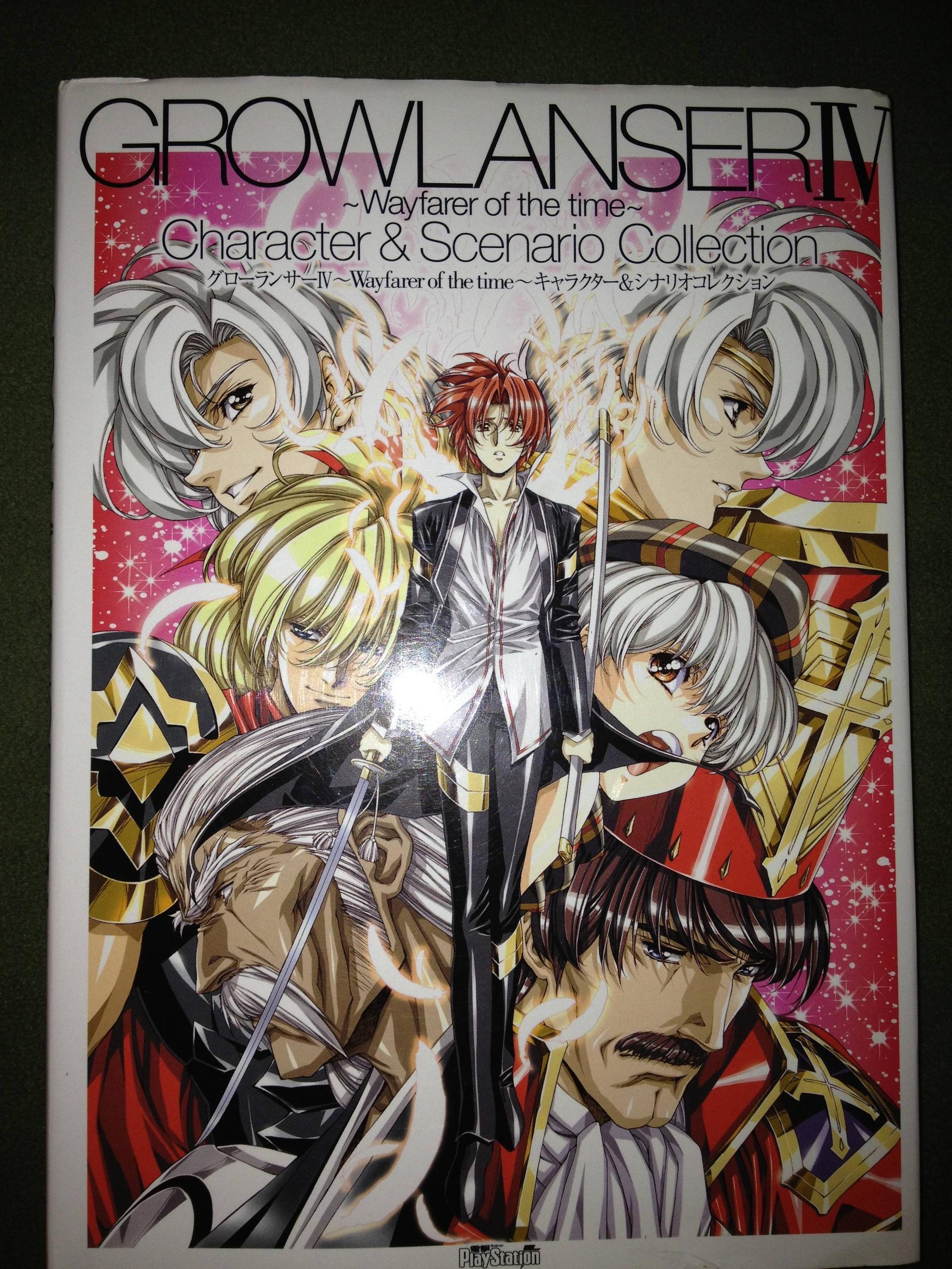 I’m not very familiar with Growlanser; I’ve never played any of the games, and the art style doesn’t really resonate with me. What I can appreciate is the obvious mastery and focus over a single aspect of the game. What you’ll see in the book is a hyper-focus on the characters themselves. Every single aspect is planned and meticulously detailed, down to the exact stylings of the outfits the women in the story wear. Small details, like  ribbon held in the precise place on the main character’s wrist, are not something that western artists typically dwell on. 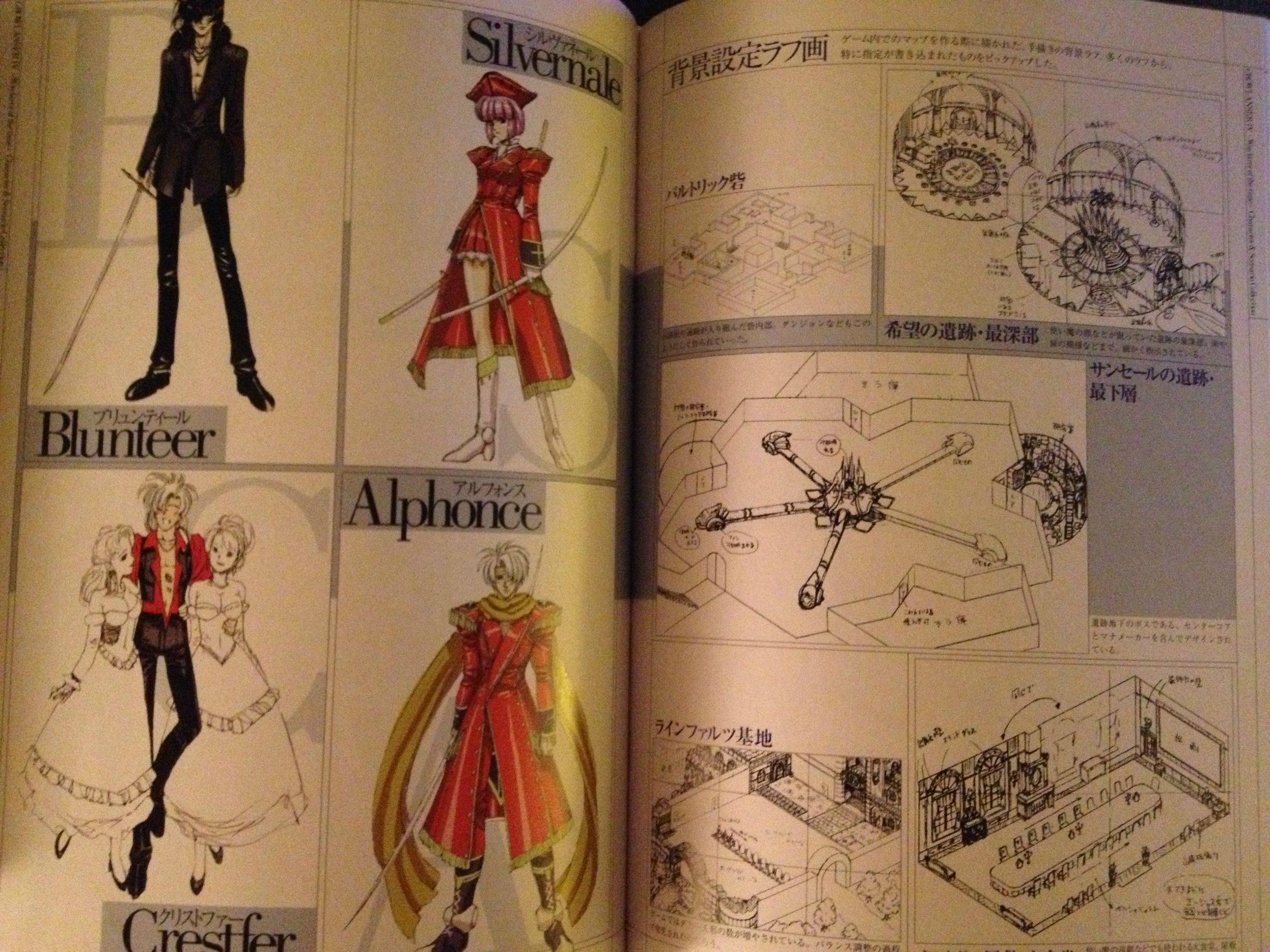 Satoshi Urushihara, the creative director behind the game, brings a remarkable uniformity to most of the female characters. Most have large hair; most have a similar facial structure and similar eye placement. Button nose, large eyes, small mouth (either closed, open, or smiling) framed in a heart-shaped face is the norm for characters, and even bleeds into some males characters. The male aesthetic is heavily focused on pretty men, or men with striking characteristics. The hair styles give everyone a very 1980’s “Jem” look.

What’s remarkable is how different each character’s silhouette is, yet how they look functionally the same. Each character has wildly different clothing: one may have swords from her forearms, the main character sports a great disheveled suit, and his female lead has poofy shoulders with some techno-styled leggings. The facial structures just take each silhouette and merges them together into one indistinguishable whole. 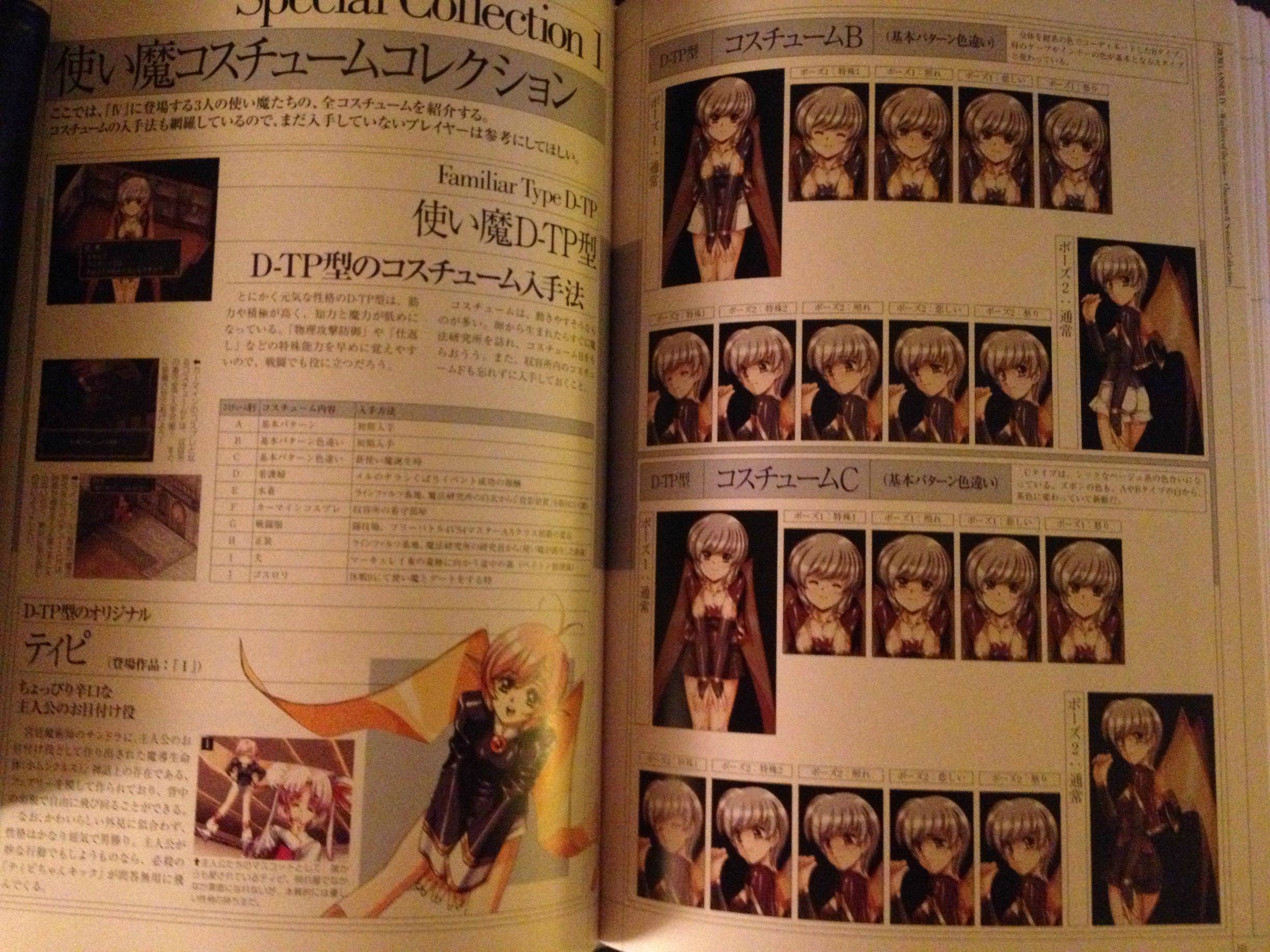 That focus on a single aesthetic carries into pages of facial drawings and sketches that express the full range of emotions through mouth, eye, eyelid, and eyebrow movement Every main character receives the treatment, with about a dozen different moods expressed through key art from the game. JRPGs express emotion through static art very well - these small pieces of art put a face on rather small sprite- or 3D-models that may lack the resolution to express these emotions. For very little disk and screen space, an artist can clearly convey the emotion of a character, complementing the text within the game.

As an example of Urishihara’s work, it’s worth picking up. Certainly is evokes similarities to Plastic Little, Lodoss War, and other 1980s and 1990s anime that were some of the first OVAs to come into the states. But personally I find the fanservice to be heavy-handed. I would have rather had more explanation and art given to the mecha within the series, rather than page upon  page of voluptuous women. That being said, the character differentiation is remarkable, with huge variety in the costumes and armor worn by the characters. The main character’s bright red hair and striking black lipstick really makes me feel like I’ve been sent back in time to a 1980’s glam metal concert. For that reason alone, you should pick this book up.