SEARCH
A minimum of 3 characters are required to be typed in the search bar in order to perform a search.
Announcements
Event
Free Webinar on 5/24: How Predictive Analytics Drives Mobile Conversions & Boosts Revenue - Register Here!
PreviousNext
Production
9 min read
article 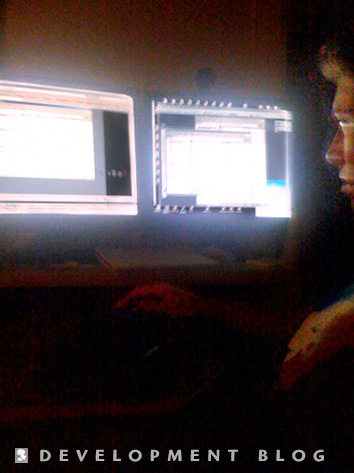 A new report is here!

180 development - phew-w-w-w! Is this thing done yet or what? I have been promising news on this project for ages. and not really delivering much aside from "it's coming, it's coming." Faithful readers of this blog have probably heard me spill some of the beans in one way or another by now (precious few have actually got to try out the game for themselves). Yesterday I finally uploaded some pics onto Twitter and Neogaf, everybody's favorite gaming forum. Here's what was shown: 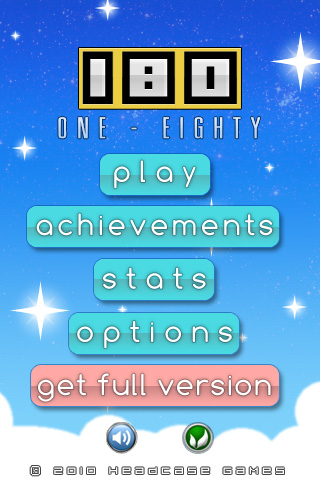 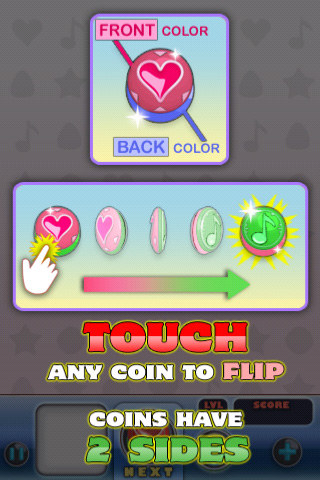 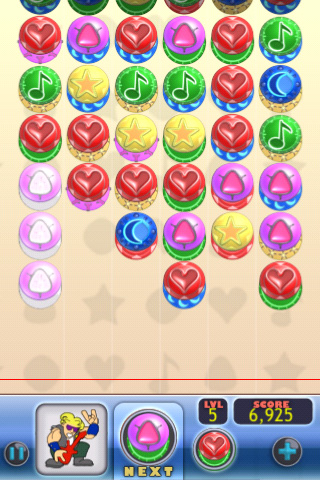 There, that should clear it all up, right? This much I've said otherwise - "it's inspired by Tetris Attack and Bust-a-Move, and it uses a flipping mechanic." Anyone who is pretty game savvy in general can probably put the pieces together at this point and get an idea of what the game plays like, based on that description and these images. Still, altogether that's pretty barebones, and not well-representative of how the game actually works. I'll upload a gameplay video in the next week's time, or so the plan goes, and then it should be pretty crystal-clear.

That all being said, it's incredibly daunting for me to post pictures like this. In all honesty, we've just got the visuals looking this way between the in-game pieces and the general interface elements. A lot of heavy back-and-forth work, over literally months, was required to get to this point. I've never created a puzzle game before, and there's so much that must be handled in just such a way for things to not only look correct, but to work properly with the gameplay. I've been happy with the visuals in their semi-complete state for a long time, but while they were definitely functional (and well-animated), they weren't much to look at in screenshots (see here). Even so, showing screens of a puzzle game with some incredibly generic (though well-rendered) game pieces is honestly not going to get much of anyone's attention at this point. These screens might look aesthetically inoffensive, yet they are far from provoking. That's where the gameplay videos will come in - and following that, the free demo (and might I add, remember the first time you looked at a game like Tetris or Drop7 - those screens alone were not much to convince anyone to pick them up, and yet their gameplay is timeless, classic perfection).

Releasing a free demo is pretty much an absloute necessity these days, particularly in the case of us tiny independent developers. It's really been proven at this point that unless you are releasing a game which looks like it's a high-end DS or PS2 game or something, then no one is gonna shell out any amount of money for what you are selling. Putting out some kind of demo, on the other hand, will at least help to get folks' attention for.. just about anything, provided a few cases..

2. The other news is pretty quiet when it releases

3. You have some idea of how to effectively broadcast that it's available (forums like TouchArcade and Gaf, your own blogs/Twitter/YouTube/other social networking)

From there, it's up to the quality of your demo to follow-through. Give a taste of how the game looks and plays, just enough to get the point across but not so much that the player is satisfied enough and doesn't care to see anymore (never mind shell out the couple of bucks or so you'd be asking). This is all really tricky; it's an art really. In our case, we will have 3 gameplay modes in our full game, and give 1/3 of that out for free. This is rough, and some people say it's too much; I disagree, for I feel it is important that the player has enough access to the game to get interested in how our mechanic works but then feels limited by the lack of room to grow after experiencing it and understanding it's potential, given the boundaries of the demo. At that point, if they've stuck with me that long, I think it's not ridiculous to expect that they'll pony up a couple clams for what will be the expectation of a more expansive experience, "open up the whole can of worms." If I get a huge number of free downloads and a small number of sales up front, then I am not worried; I think the game has enough depth to hook enough of the puzzler crowd. I think it looks good enough to at least try it for free.

I say all this after Ben and I have spent a lot longer than expected developing this game; again, you can't see the gameplay from these simple static screenshots, but as veteran puzzle gamers for decades now, we've seen and played enough that we understand people aren't interested in "more of the same." This isn't the same - it is simple, but it is very different from anything that's been available before, and though it sounds so trite to say, I largely have to credit the novel touch interface of the iPhone for this reason. I'll get into the specifics of all of that at a different time. Anyway, we are on track to submit the game to Apple in a few more days.

Bizdev for Headcase Games - It's been some pretty crazy times around here for a number of reasons, I won't get into it all but as one would expect a lot of things are going on right now. Good stuff, bad stuff, so long as it's more good than bad then that is all that matters. Overall things are looking very bright and I am on top of the world as our new game is in excellent shape leading right up to it's release. As for what will follow, there's a lot of plans for that as well but I want to take it a step at a time. One thing is for sure, once the launch for 180 is completed, I am extremely excited to immediately dive into something fresh! My notebook is full of ideas; iPhone is really a dream platform for me at this point in time, more than any other.

Shout-Out Time - I finally met up with fellow developers Retro Dreamer, the folks behind Sneezies and Eyegore's Eye Blast. Their programmer recently relocated to the area and we'd been communicating a bit (the small devs gotta stick together!). Craig and Gavin are real nice guys, real talented, with their heads screwed on straight. I got to demo their new game DoubleTake which is in submission at Apple as I type this - looks good!

What have I been playing? As usual, a couple things are whirring around in there, let's see what's up and interesting:

Radiant - This is a game I have heard about for some time now. I never bit because something about it looked strange to me - but it had been showing up on a lot of "must buy" lists so I took the plunge. It's not bad! Homage to the greats like Space Invaders and Galaga and the sort, obviously, and some very nice touches and neat effects. I can see why a lot of people would enjoy it. For me, there's a serious disconnect in the way the auto-shoot works and that hampers the experience for me; I'll probably give it another chance, but it's not one that I will likely spend much more time with. I think they need a free demo and they might turn a lot more people onto it though, the appstore doesn't really seem too crowded with this type of game (at this level of quality) surprisingly.

Dropoly -In a recent Retro Game of the Day post I reviewed Blockout, the "top-down Tetris" and wondered aloud whether there was a conversion for iPhone. There's several, though I decided to grab this free one (lite version). Very nice, I actually do enjoy and recommend it! Not for everyone, but those who are curious might find some fun in this. I will likely pick it up and fiddle some more.

Adubble Lite - a puzzle game I loaded up for reference. Not a bad mechanic, I can't tell if it is original or not (I've seen the same idea used elsewhere, but I don't know who invented it). Good polish but the presentation is a bit busy - still the graphics fans will likely enjoy this. It's a good "average puzzler" to kill time with on iPhone, not really my cup of tea though.

Bird Strike - The hot one of the moment. I saw a bit of prerelease screens of this and expected that it was just gonna be a fancier-looking Doodle Jump, and so was not terribly interested. Still, something (alcohol) compelled me to drop a couple bucks and I was pleasantly surprised. Great art, wonderful execution, and very well-designed. I showed this to my (mostly non-gamer) girlfriend and she played it for like 6 HOURS STRAIGHT, not kidding. Pick this up!

I Love Katamari - This (lite version) was sitting on my phone for a long time, the controls were crappy so it just sat there. Today I loaded it up for kicks and played a bit. It's fun - if they fixed controls it would be rad. It is playable and a great rendition of a wonderful game, and I suspect I might be shelling out for the full version before the week is through..

Tumbledrop - This has also been making a lot of rounds recently. A nice little well-thought out game, it is fun to mess around with. Of course I get a kick out of the style. The lite is nice and tempting to buy the full version - but I am not too big on physics games so I don't think I will bite. If that's your thing you might love this though, so definitely check out the demo.