SEARCH
A minimum of 3 characters are required to be typed in the search bar in order to perform a search.
Press Release
6 min read
Press Release

These are the PlayStation Talents + Gammera Nest games featured at the Steam Next Fest!

Players can get their hands on The Many Pieces of Mr. Coo, The Crown of Wu, Aurora's Journey and the Pitiful Lackey, The Library of Babel, and The Silent Swan
Gammera Nest
June 13, 2022
[This unedited press release is made available courtesy of Game Developer and its partnership with notable game PR-related resource Games Press]

Madrid, June 13th. Sony Interactive Entertainment España (SIE España) and Gammera Nest present the PlayStation Talents games that will be featured on the Steam Next Fest that starts today and will run until June 20. This selection of games covers a wide variety of genres, from classic point & click adventures to side scroller titles.


THE MANY PIECES OF MR. COO

The Many Pieces of Mr. Coo is a surrealist point & click graphic adventure. Mr. Coo is stuck in a weird, mysterious world, and he needs your help to get through it – but first of all he'll need to find all his pieces and be whole again! There might be some philosophical strife behind all this nonsense, but with all the chaotic monsters, crazy robots and one-legged ladies it's kinda hard to say.

With an astounding and colourful 2D cartoon art, fully hand-drawn and a surrealist and whimsical story, full of absurd humor, wacky characters, crazy situations and innovative puzzles, The Many Pieces Mr. Coo is a fresh take of the graphic adventure genre that will bring together veterans and newcomers alike. And don't miss the captivating soundtrack by composer Julie Reier. 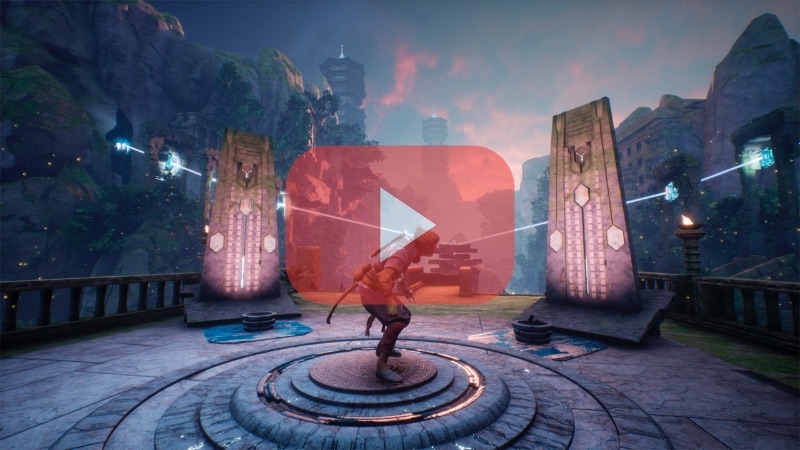 THE CROWN OF WU
Something flipped in Wu's mind when he got in control of the ore network. The Emperor's ancient herald went rogue and let his power thirst control him. Mixing the power of his crown with the ore network, Wu spread pain and chaos... until his mad days were over. Sentenced to a life in a frozen prison, one day Wu woke up from a long dream only to find out that somebody had taken control over his crown... and was creating chaos all over again.

Now, Wu has a chance to redeem himself and save everything he once loved so passionately. And he will do it in this third person adventure filled with action, combat, parkour and puzzles. Set in a world where powerful robots are attacking the local population, Wu will have to recover his old powers in order to face the ultimate villains that threaten his world's existence. 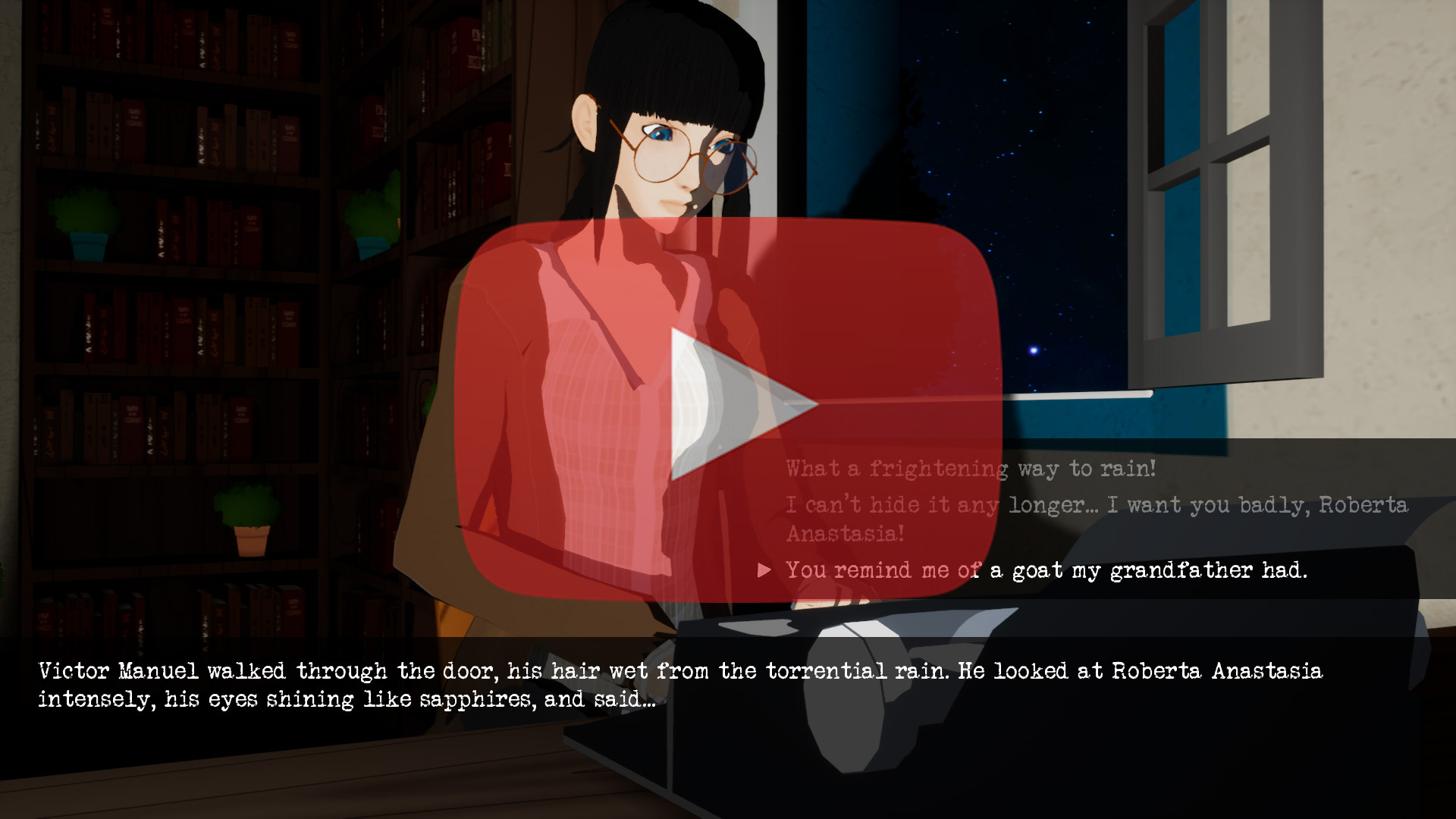 AURORA'S JOURNEY AND THE PITIFUL LACKEY

The year is 1927, Aurora Aylesworth is a young astronomer that lives with Lackey, a member of a robotic race of alien creatures known as the Robotos, who arrived on Earth 19 years ago. But everything changes when, one day, Aurora receives a mysterious note with information about her missing father, who disappeared four years ago while researching Eureka, the Roboto spaceship. Aurora will set on a journey following the clues her dad left in an old journey with the help of Lackey.

Players will travel with Aurora through different regions and gather clues to find the whereabouts of William, her father. The brainless will try to stop Aurora, but she'll be able to stop them thanks to the Copernicus, a revolver custom-made from parts of an old telescope by Rachmaninoff, an old and endearing scientist who will also help her along her journey. And since travelling is not free, Aurora will have to work to earn some money in one of the two mini-games that represent her part-time jobs. 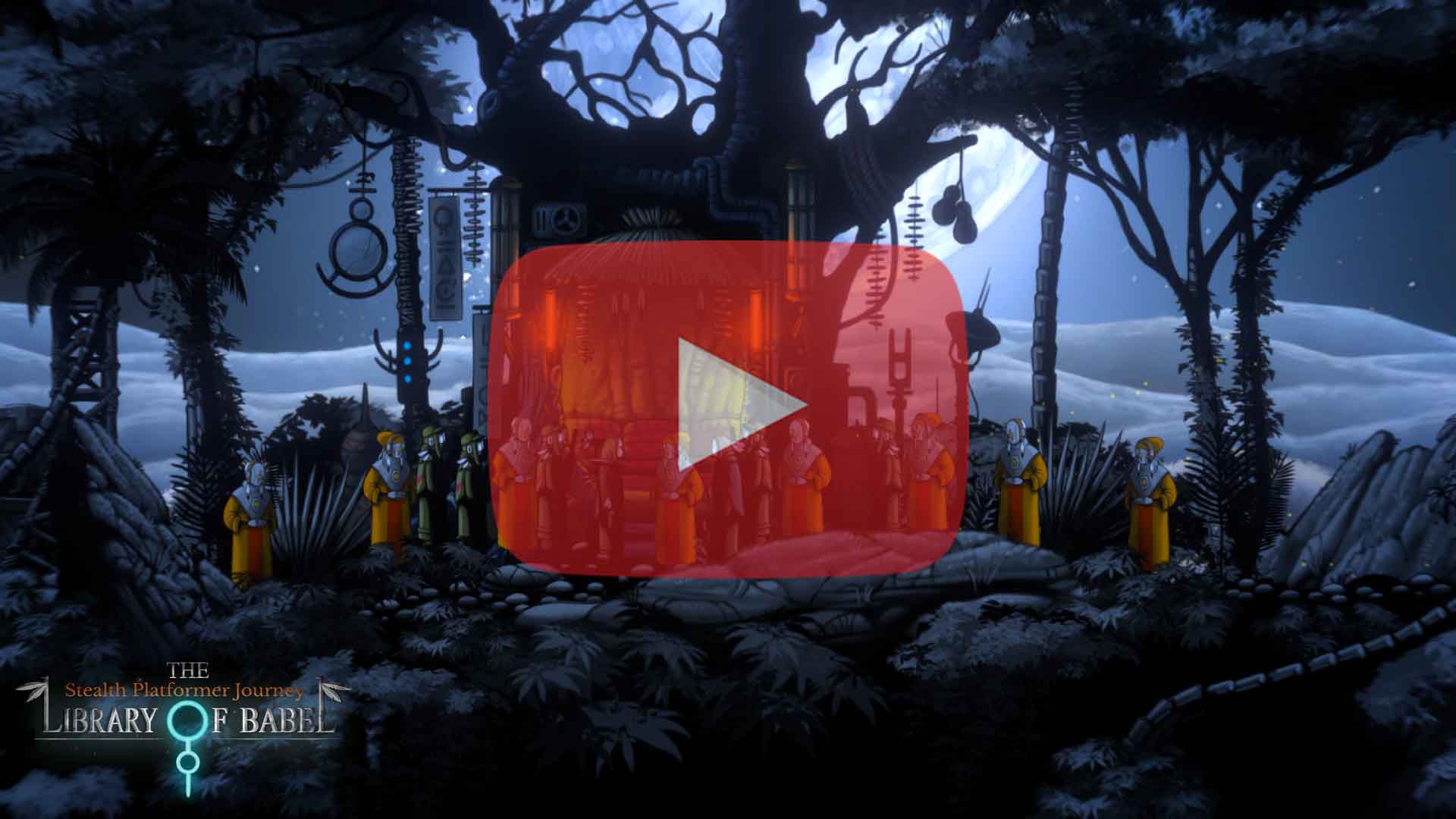 THE LIBRARY OF BABEL

Inspired by Jorge Luis Borges’ short story of the same name, The Library of Babel welcomes you to a world 20,000 years after the extinction of humanity. The world is now run by advanced robots, who know very little about their mythical creators. All is well and orderly in a society run by robots, until the discovery of a library that contains everything that has, is, and will ever be written— the perfect harbinger of chaos.

Play as Ludovik in this 2D stealth platformer adventure, as he explores the jungles of a futuristic Babylon to discover the secret behind the Library of Babel’s sudden lockdown and the mysteries behind their mythical creators. 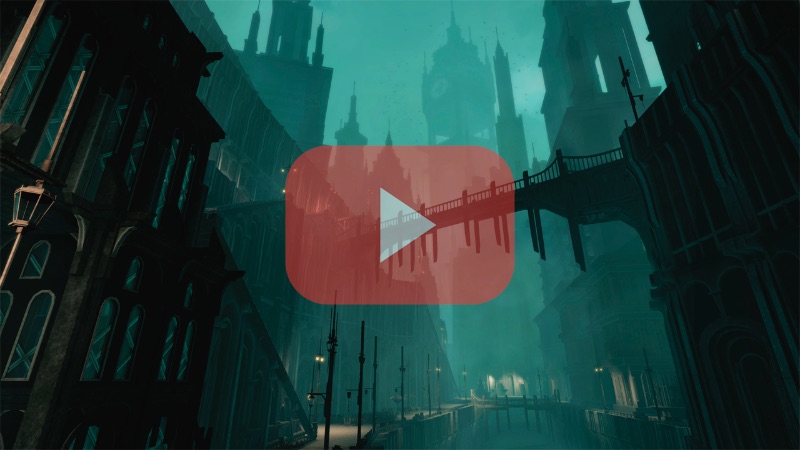 The Silent Swan is a first-person open world narrative experience across a monolithic, derelict world. Mixing both the walking simulator and open world genres together, the game brings the meaning of openness to urban areas for the first time to this scale. The story follows Mirov Kavrazyma as he enters The Land Beyond the Walls in pursuit of Selene, his wife and only witness of the Fall, who has vanished without a trail—except for a series of four-winged paper swans. These swans contain writings left behind by her, in the seeming intentions of being found and tracked by Mirov.

Throughout the game Mirov will gradually near the bed of the calamity that struck his home, also known as the Fall, and get closer to the truths he is determined to unearth, while a strange uneasiness warns him he best walk back. The Silent Swan is the story of two cities: Urzhum and Sernur; of two conflicts: past and future; and of two people; Selene and Mirov.

Gammera Nest was born in 2013 as a company devoted to intersecting narratives, looking for a way to stablish a dialog between video games, interactive storytelling, and other worlds such as art, literature, and education. The company organizes several workshops with institutions such as the Archeological Museum of Madrid, Fundación Telefónica, and of course the Museum Thyssen-Bornemisza of Modern Art. Nubla, published in 2016, was their first commercial video game. The studio is currently overseeing the PlayStation Talents initiative, a project born to help spark new talents in the Spanish video games industry.