Is the market finally improving for VR? And lots more...
Simon Carless
Blogger
September 16, 2021
[The GameDiscoverCo game discovery newsletter is written by ‘how people find your game’ expert & GameDiscoverCo founder Simon Carless, and is a regular look at how people discover and buy video games in the 2020s.]

Welcome to the final free GameDiscoverCo newsletter of the week. (Mucho exclusive sales/trends analysis on Friday for paid Plus subs.) But we hope you’ll dig this one. It starts out with VR - niche but seldom discussed - and moves swiftly into other areas of broader interest.

And while we’re in the intro blurb, wanted to celebrate a little newsletter milestone with you all - we made it to 8,000 free email subscribers! (And with web versions of the newsletter and GameDeveloper.com cross-posting of key articles, our reach is quite a bit bigger.)

So yes, please keep recommending us to your friends, hurray.

This item was prompted by Schell Games announcing that “The VR-exclusive puzzle title [I Expect You To Die 2], which followed up the 2016 original, made over $1 million in revenue in less than a week after its launch on August 24th.” And indeed, this is a big deal for VR games, which have been in the sales doldrums for any number of years.

Looking around, it appears that the game had 220 reviews on Steam 6 days after launch - so let's generously say 10,000 sales at a regionally weighted average of USD $20 average. Then there’s also Oculus Rift (16 reviews), PlayStation VR (can’t easily see review #s, guessing Rift-esque in sales sizing),and then Oculus Quest, which - whoa - has a whopping 854 reviews, at very close to 5 stars out of 5.

So, the Oculus Quest page for I Expect You To Die 2 actually had 750-ish reviews at the time Schell Games made its announcement. But even with slightly lower numbers, you can see a clear ratio here - we’d guess-timate that at least 70% of this game’s revenue was on Oculus Quest via the Oculus Store.

And then, if you look at Steam’s current VR hardware breakdown, you’ll discover that Oculus Quest 2 has quickly swelled to become over 30% of VR headsets used on Steam: 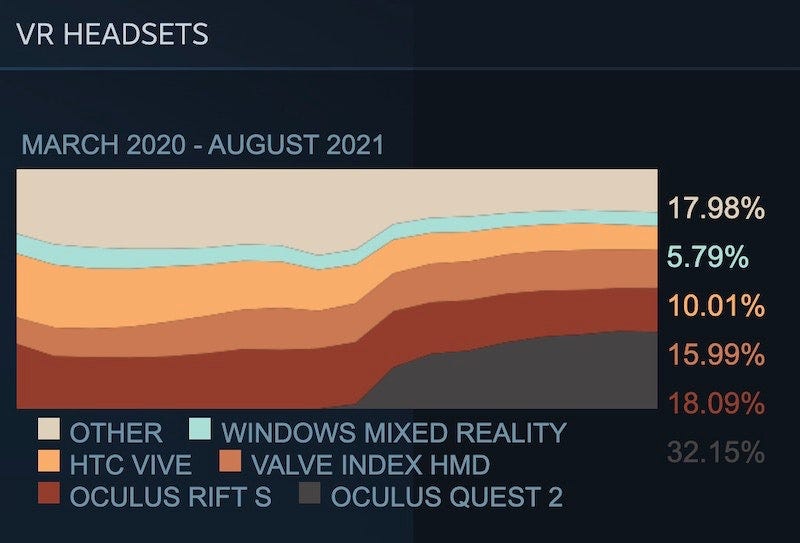 This is because there’s various ways to use the Quest 2 headset with Steam VR titles, both wired and wireless. (Perhaps 32% of the Steam purchases of I Expect You To Die 2 aren’t played on a Quest 2 headset. But I’m guessing a decent chunk are.)

So it’s clear that Oculus Quest 2 has rapidly become a big chunk of the VR market, and is shifting game discovery strategy for VR. Here’s some discovery takeaways from that:

Unfortunately, this does create a bit of a complex discovery environment for VR. To reach the full scope of the VR market, you need to make something that works on Oculus Quest 2 - which has somewhat lower technical specs than some would prefer. But you also need an assurance from Oculus that your game will appear in their store - otherwise it’ll be a waste of time.

Looking at top-selling VR games done purely for Steam, titles like co-op action RPG Legendary Tales - just launched in Early Access a week ago - are probably a good indicator. It has 210 Mostly Positive reviews, and we’re guessing 10,000-15,000 sales at USD $30 average. So for a smaller team, that’s actually reasonable - if in the top 5% of new Steam VR launches.

But the complex 3D content required for VR is often a hefty spend compared to traditional indie games, making it more difficult to recoup. And in our view, the average ‘substantive’ VR title on Steam is probably doing 20% as well as a non-VR title, just due to installed base issues. (It’s a little tricky to quantify this, but the VR tag on Steam has a median revenue of $690, whereas the median for all tags seems to be between $2,000 and $3,000.)

And hey, in researching Legendary Tales, we discovered the following from them a year ago: “We have pitched to Oculus Quest for a second time, however we have not heard back from them…. we are a small indie company and we do not have the resources to keep working on a project without guarantee of it coming to market… so we have decided to abandon development for the oculus quest and move to PCVR.”

In this case, looks like it may work out for Legendary Tales - and who knows, they may be back on Quest later after the success of their Steam version? But the discovery situation for VR is oddly binary right now, unlike almost any other PC/console platform. And it’ll be fascinating to see how that evolves in the future… 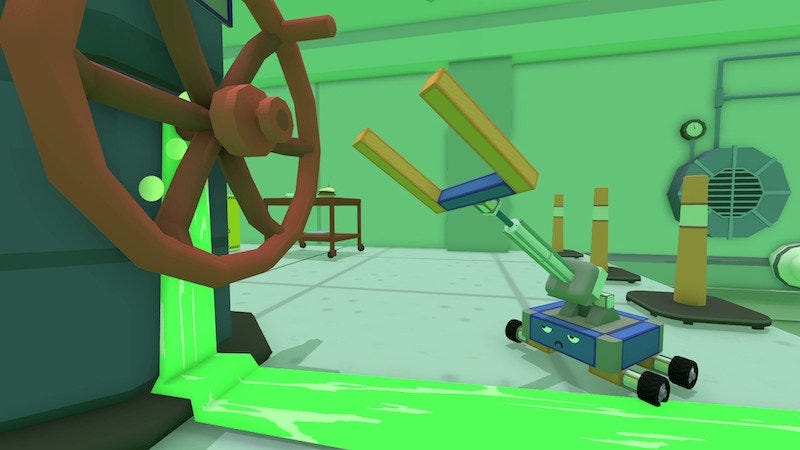 Over at the GameDiscoverCo Plus-exclusive Discord, a question came up about best practices for game devs on Reddit. And we realized that though we recently featured one example-filled item on it, we hadn’t ever seen a ‘higher-level’ view on the space, explaining from scratch.

So we went a-searching on the Internet, and found this excellent blog from 2020: ‘Grassroots Reddit marketing - a how to guide for indie devs’ from James LaPierre at Filament Games (RoboCo). We wanted to dive in and come away with a couple of takeaways:

Anyhow, the full post on the Filament Games blog has a lot more detail, and even a bunch of example posts from RoboCo, showing some of their most successful posts - appreciate them putting it out there.

(Side note: though this is Reddit-specific, it’s clear that snappy shortform visuals that encapsulate your game’s attractiveness are becoming the key to social media success in general. ‘The Internet’ is getting more and more visual, esp. for younger folks.)

Another tick in the ‘practical help’ checkbox for today’s newsletter? The folks at publisher/dev Akupara Games (Grime, Darkside Detective) are very transparent in providing tools and info - you may remember their recent guest post on amplifying your game on console/PC platforms.

Now, Akupara has expanded on similar work from trailer ace Derek Lieu - who has a great game trailer specs page - by setting up a super helpful Google spreadsheet tfor internal purposes, which they’ve given GameDiscoverCo permission to freely share with our audience.

It covers rules regarding exactly what info - logos, ratings, intro/end slates, subtitles, etc - you need for submissions on Steam, Switch, Xbox, PlayStation, and Stadia. There are three tabs - the first with a checklist, the second with precise specifications, and the third with a pre-submission checklist for every major trailer version. (It’s quite fiddly and complex.)

Derek’s trailer guidelines page has some additional graphical info on correct logo usage and positioning, but if you’re tracking assets for a particular game, this may help you keep everything in order without freakin’ out, man. Thx again, Akupara.

So we’re bringing this week’s newsletter to a close with a jaunt around various sectors of the video game discovery and platform industries. Plus a quick side trip into book publishing, because this is our newsletter, and we can link weird things if we want. Let’s go: