Story can be found in unexpected places in games. In this article series, I will discuss my thoughts on finding narrative in surprising places, and applying those structures to your own games.
Nathan Savant
Blogger
June 30, 2016

A through line is a theme that connects story elements together. Most games center around saving a princess from evil (even if that princess comes in the form of information in a briefcase, or an alien artifact), and defeating that evil defines every action within that game. In college, my teachers told us to form our stories around four through lines that each developed a different part of the story, and in this article, I'm going to discuss my approach to that process. To begin, let's define the throughlines:

The story of the world at large

The story of the protagonist's surroundings

The story of the protagonist

The story of the protagonist's mind 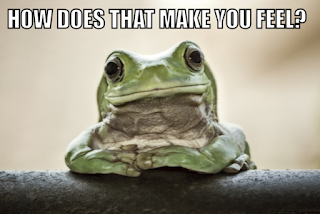 These themes are the beginnings of building a story, so let's walk through the process of developing them. The trick is to figure out how each through line will affect the others, and how they will all move forward together. The princess is stolen, and the kingdom responds by falling apart. A civil war breaks out as people rally behind new leadership. Our hero is caught in the conflict and must respond to being attacked, but how do they respond? Why does the kingdom fall apart in the first place, is there no proper line of succession?

The benefit of writing four through lines at once is that you can look to one to figure out how another might progress. Who is our hero? Are they someone who looks brave on the surface, but who crumples in the face of danger? Are they the type who likes to punch a dragon in the face at any opportunity? Let's take the second option for this example. We have a kingdom that's falling apart for unknown reasons, and a hero who likes to punch dragons. Well, that type of hero will clearly rush head first into battle to save the missing princess, but how does the world respond to their actions? We need some conflict, and this is a game, so perhaps there are hordes of monsters between the hero and the princess. In order to save her, the hero must battle the monster hordes, but how do they feel about that? They are the type of person who punches dragons in the face, extremely courageous but probably none too bright, and there is a horde of monsters between them and their goal. One would assume that must be frustrating for them, yes? 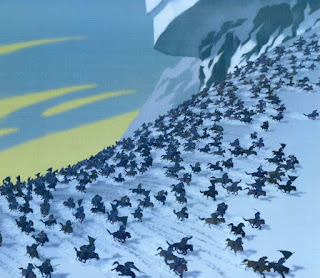 If only our hero had some sort of rocket...

So there's our setup, but where does the story go? Through lines must carry a story forward, but how? Deciding on a main through line can help. The main through line will be the one that drives the overall story, and the others will exist to support that one. For example, maybe this is the story of the protagonist. The plot centers around the hero and the frustration they are facing as they cannot reach their goals. Unable to save the princess, due to the monster hordes, the hero flies into a rage and hurts the people around them. The story here would center around the personal growth of the protagonist and the changes happening within their mind. The world around them would reflect those changes and the other through lines would support the story of that personal conflict.

On the other hand, maybe this is the story of the world at large. The princess of a prominent kingdom was stolen, and that kingdom is crumbling. The power vacuum will cause others to try to fill the void, throwing the land into conflict. People split off into factions, each supporting a new leader they believe most suited for the job. The hero must choose a side and lend a hand in the conflicts. Our hero's actions will be dictated by the main through line, in this case the one centering around the political struggles of the kingdom. However, the other through lines must not stop. How does our hero feel about the civil war? In this example, our hero is the dragon punching type. They probably chose their side based on which was most likely to allow them to punch the villain in the face, but maybe they come to realize this decision is a poor one.  Maybe the events around them cause them to question themselves for the first time. Unsure of themselves, they retreat from the front lines and look inward to find an answer. No longer can they simply punch the dragon, they must now find a way to punch self doubt. 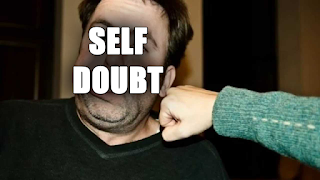 Throughout this, the focus remains on the main through line. If we're writing a story about a power vacuum and the civil war it causes, everything must support that idea.The hero's internal struggles could be a reflection of the kingdom's political struggles. The hero's loss of self confidence could reflect the population's loss of confidence in their government, which led to the civil war in the first place. As the hero loses confidence in themselves, the world around them becomes darker and more confusing. This could even be reflected in their physical surroundings in that they could start off in a world of lush green, and later have to travel through the dark, twisted passages of a dungeon.

So for our example story, we have all the base elements, but we need to find a way to resolve them. The resolution will come from looking at each of the through lines in turn. Our hero must find their confidence, our kingdom must find its ruler, and our civil war must find a resolution. Perhaps the dungeon I mentioned could be hidden beneath one faction of the civil war. The kingdom was being sabotaged from within the entire time, just as our hero was being sabotaged by their own self doubt and blood lust. By seeking conflict outside of themselves, our hero finds themself in an unwinnable battle, but peace comes to them after looking inward. In the same way, the kingdom was being sabotaged by corruption and only by revealing that corruption can peace return. In this situation, the reason the kingdom didn't just follow a basic chain of command and replace their leader is because they were being sabotaged by someone inside the system manipulating it to prevent stability, thus answering one of our earlier questions.

This is a cliche-filled example of this technique, but hopefully you can see the benefits of this approach to story development. By ensuring that each aspect of your story carries a through line, you make the writing process much easier and the results much better.

Feel free to leave your thoughts in the comments below, and thanks for reading! Next up in this article series, I'm going to tie together all the disparate thoughts of the previous articles. Stay tuned!