Obituary: River, the inspiration for Fallout 4’s Dogmeat, has passed away

River, the real-life German Shepherd that inspired Fallout 4’s Dogmeat, passed away over the weekend.

In particular, River helped the Fallout 4 team hone behaviors that would sell the notion of Dogmeat as a real “companion” character, not just a fur-lined damage dealer meant to take down Supermutants.

“One of the earliest impacts River had was on pathing,” he wrote. “[Jean Simonet] and I would take long walks with her, and he noticed that she'd trot ahead, but consistently stop to look back and check in me.”

“This behavior went into the game, and really connects the dog to you.”

River’s fur markings also made it easy to capture her for Dogmeat’s in-game model, and her barks, yips, and whines were likewise imported for Dogmeat’s sound effects.

For players and Burgess alike, that means River’s legacy will forever follow them throughout Fallout 4's Commonwealth.

“Dogmeat is a tether,” said Burgess. “He grounds you in the world, will always stand by you, lead you to your family, and anticipate your needs.  He wants you to be safe and happy. In other words, he loves you.”

“And if love is River's legacy, I am contented.” 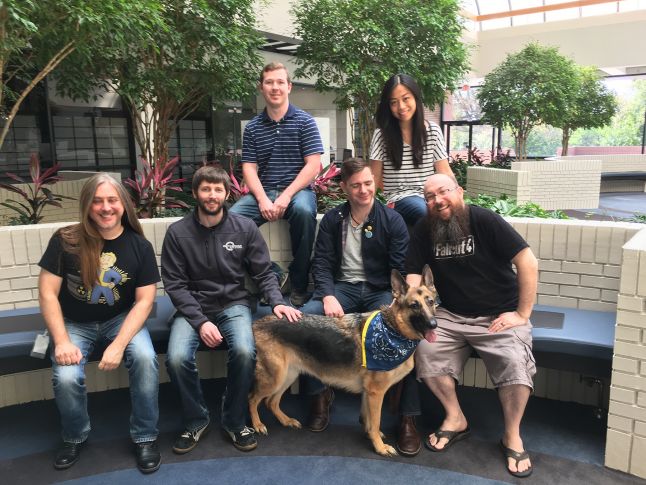