Emma Kidwell (@Emmakidwell) is a contributing editor at Gamasutra and sometimes makes content for the web.

I hardly played any video games released in 2018. With the exception of Detroit: Become Human (its first and only mention in my GOTY), I missed most all the new hits.

I’m not sure if it’s because 2018 felt like an eternity and drained my desire to do anything (yikes), but I think I was just too busy. Not busy doing anything productive, but finding myself going back to play older games like Overwatch, Dr. Mario, or Jeopardy! instead with my friends or partner.

I gravitated toward games with a social aspect this past year since it was my first full year working remotely for Gamasutra. Adjusting to a different schedule than your peers is difficult at first, but socializing through games helped a lot.

I was also reminded a few days ago that I can write off video game purchases during tax season, so here’s to 2019! In no particular order, here are my top five games released this year. 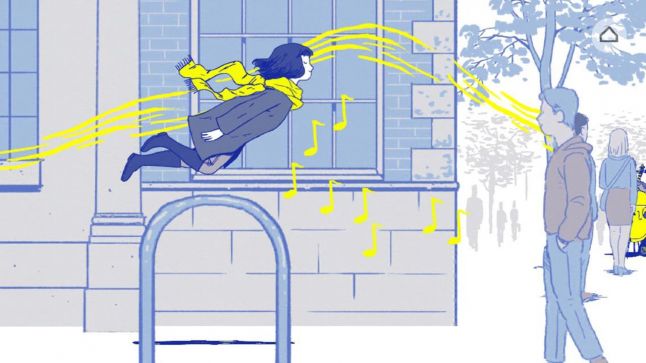 Florence is a game I’ve thought about often since playing it toward the beginning of the year. Before diving into why it’s a unique experience, I want to applaud the developers for making a game that’s the perfect length of time. Clocking in at around two hours, Florence tells a story about love at a great pace.

The game takes the generic formula of a traditional relationship (meeting, falling in love, falling out of love) but tells it in such a compelling way through its effective use of simple mechanics, powerful score, and unique art style.

Games without lots of dialogue or text need to go the extra mile to convey an engaging and emotional story effectively, and Florence absolutely nails it.

I’m not going to give away any story spoilers because I encourage you to take the time to play it yourself, I’ll say that Florence is made for mobile and other short, narrative games would find themselves a great home on the platform. Mobile is confined to a very small subset of mechanics: Tapping, swiping, or holding an icon on your screen. Those constraints serve as powerful storytelling tools ripe for innovation.

The game in its entirety is made up of small, digestible vignettes of very personal and intimate moments in adult relationships where both the good and the bad are shared in a special way. 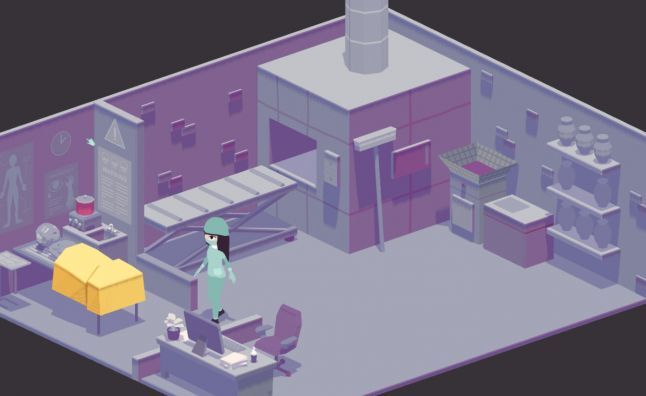 The nice thing about writing a personal GOTY list is that games ported to different platforms get a free pass, which means I can stand on my soapbox to talk about how important A Mortician’s Tale is.

To start off, this game works incredibly well for mobile. Simple point-and-click mechanics from its PC counterpart transitioned over smoothly to the small screen. I prefer mobile because it felt more personal this time around as I gently guided bones over to the cremulator.

I’m not going to talk about how the American funeral industry preys on society’s collective fear of death and dying, but A Mortician’s Tale will, and not in a ham-fisted, preachy way.

The game teaches you about a field often shrouded in misinformation and mystery in a very respectful and engaging way that is so unique to this medium. Do yourself a favor and play it. 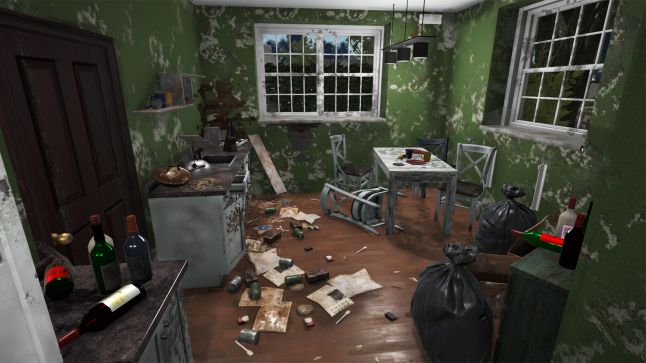 House Flipper is my go-to “listen to a podcast and mentally check out for a few hours” kind of game. That’s in no way an insult-- like many other games on this list, it’s the ideal amount of length (I usually play in 2 hour chunks) and literally watching paint dry is part of the fun.

I had zero expectations when this game popped up in my library, but it’s the most delightful title I’ve played in a while, especially when I’m looking to relax. Yes, cleaning up piles of virtual garbage and scrubbing dirty floors is my ideal way to unwind.

House Flipper is engaging enough to complete tasks without feeling like a chore, so you can upgrade your tools, earn more money, and complete strange requests for the homeowners you’re doing manual, contracted labor for. It’s a simulation game much like driving a truck through the mountains or tending to a field of crops.

Except this simulation game is active in a way I really like, where my contributions have some payoff and I see the result of my efforts. It’s a great game to play and come back to multiple times and go right back to stomping a bunch of roaches out. 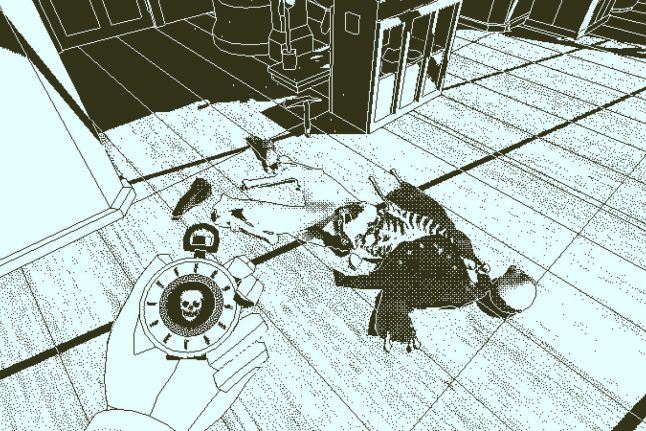 Return of the Obra Dinn by Lucas Pope

I don’t like feeling dumb when I play a game, and I felt incredibly dumb during my time with Return of the Obra Dinn. Even though I felt stupid going back and forth between my handwritten notes and squinting against the description of “man with weird nose,” and the artists’ rendition of its crew members, I never felt dejected.

I’m not going to spoil any part of this game because it’s essential that everyone reading this feel as dumb (and go in as blind) as I did, and nothing is more rewarding than solving something correctly with all the facts in place and the game rewarding you for it.

The mystery of the Obra Dinn is compelling and there was absolutely no way I uncovered all its secrets, especially with how poorly I played. Despite being a terrible insurance claims woman and a horrible detective, the game was incredible from start to finish. The visuals, soundtrack, pacing-- it hit all the right notes.

While it’s the longest game on my list, time flew by as I was playing. It’s the best detective game I’ve played, and it never holds your hand. I’m not used to that in my games, so it was refreshing. I only wish I could have found someone who died of scurvy. 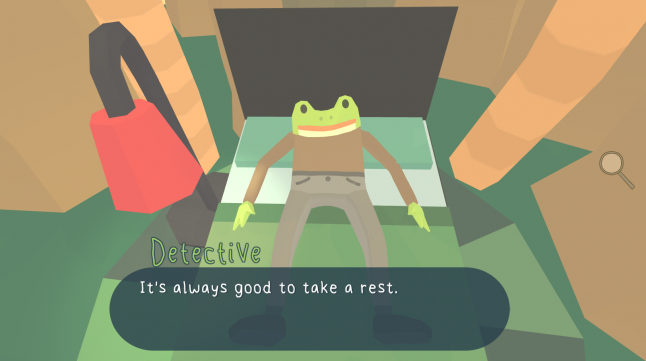 The theme of my GOTY list seems to be games that are the perfect amount of length, and A Frog Detective Game is just about an hour long and a damn delight.

I do want to stand on my soapbox for a second and take time to appreciate small games like A Frog Detective Game for being light-hearted, genuine, and including well-written silly dialogue.

I oftentimes forget these gems exist among the sea of big releases and backlog of games in my repertoire, but I encourage you to give your money and time to indie games made by a small team. I’m certainly glad I did, and I had a genuinely great time playing A Frog Detective Game.

Play this little game, and then play a few smaller games like it. The score is appropriately noire, the Frog protagonist is refreshingly optimistic, and it was a great way to spend an hour.