The Thatgamecompany co-founder explains exactly how he thinks games need to change and why, at a small studio, he's confident he's in the right spot to innovate and bring artistic depth.
by Ed Smith
May 18, 2012

I'm about half way through my interview with Jenova Chen when I get the impression that I've annoyed him. Talking about Thatgamecompany, and the limitations of working with only eight other people, I ask Chen if, given the resources, he'd like to develop a more mainstream game.

"Well," he replies, "what is mainstream?"

Immediately, I can sense his frustration: Journey, his latest game, has just become the fastest-selling PlayStation Network release ever. The many months of hype surrounding Journey, and the effusive reviews that followed it, have catapulted Chen and Thatgamecompany into the limelight as a pioneering force behind the new wave of video games.

It's hard to disagree. Although Chen's team has always provided a popular alternative to chart games, Journey, with its gorgeous visuals and mass of press coverage, is Thatgamecompany's first real invasion of major league turf.

But Chen is not content with merely competing. Targeting what he perceives as the biggest problem in games today, Chen has set about reinventing online multiplayer. "We wanted to make an online game [that brought] an emotion that has never been done before in online games. If you look around at online games in the console market, it's pretty obvious that no other games give you this feeling of connection with each other, of understanding. 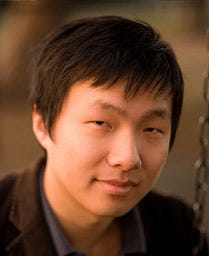 "The goal was to create a game where people felt they are connected with each other, to show the positive side of humanity in them. A lot of games today have a list of quests, places to go, items to collect and rewards to receive... We just ignore each other. So in order to make players care about each other, we have to remove their power, and remove their tasks."

Journey's multiplayer is as much a step back as it is a leap forward. There's no chat system, no power-ups; you can't even see your companion's user name. Paired off at random, it's up to you and your cohort to decide how to engage with one another.

By eschewing the window dressing normally associated with online multiplayer -- kill cams, leaderboards, customization -- Chen revives the fundamental essence of multiplayer games: collaboration. While Battlefield players are killing their way to the next weapon attachment, the travellers in Journey are gaming in sync; gradually, you fall into a perfect rhythm with your nameless partner, waiting for them to catch up and vice versa.

Stick together long enough, and a personal, unspoken bond will form: sitting my character down in the snow, I nipped out to fetch myself a drink, returning a couple of minutes later to find my buddy meditating beside me. Every online gamer has a story like this, but only in Journey does the multiplayer form organically.

"In Journey," explains Chen, "we want to offer the player the choice between individualism and group conformity... We wanted to create an environment where the cooperation is not forced; you're totally fine doing it yourself. If you choose to cooperate, then that is the real essence of connecting two players."

With no competitive element, Journey gives you only the opportunity to work with other people. Without the structure of objectives and leaderboards, your fellow players are no longer a threat to your high score. Without names, they're much more human. "If you see 'iownyourdad' or 'ikillyourmom', you just instantly stop putting on those colored glasses, and it's not a human-human interaction anymore. It would be cool if we could make video games sociable like board games," says Chen.

Like the punch bowl at a party, Journey's tranquil landscape lubricates interaction. Quiet, calm, and sparsely populated, Journey is the ideal corner of the room for those tired of the deathmatch riff-raff. Mini-maps, objective markers, and mission hubs are replaced by totem poles, fluttering cloths and an omnipresent mountain. Your character has no gun, no medkits, no reticle; such things would only distract you from the journey and the other people around you.

"We cut the [character's] arms, because if you have arms, you think about picking up some kind of weapon and hitting something," says Chen.

"We had a goal to evoke a feeling that would make people want to socialize with each other, want to learn from each other. Empowerment distracts you from socializing. After the internet became popular, almost all single-player games became multiplayer, but I think a lot of those games are designed for individuals, not socializing."

Rather than work around his low budget, Chen has wholeheartedly embraces the practicalities of indie development. Journey's skeletal mechanics are at the core of his philosophy.

"We build our games like a Japanese garden, where the design is perfect when you cannot remove anything else. I think that by doing that, the voice of your work is more coherent. If you have a lot of clutter on the top, the work may be more impressive, but you won't really know what it's trying to say. Games have to be emotional. People need to experience a powerful range of feelings."

Feelings have always been at the centre of Thatgamecompany's work. From the meditative tranquility of flOw, to the encroaching urban anxiety of Flower, Chen's games radiate emotion. Journey is no different. Called away by an unseen force, players travel from sunlit desert to snowbound mountain in an abstract transition from life to death. 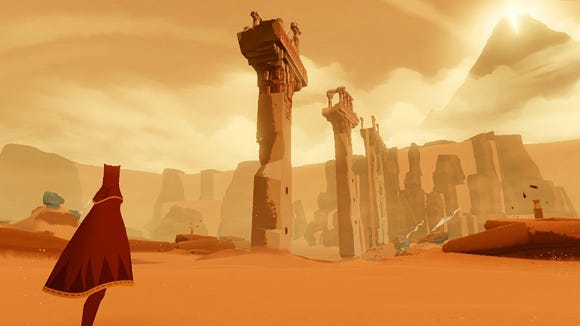 Far removed from the troubling, isolating empowerment that he perceives elsewhere, the public reaction to Chen's game has been a lot more humanistic. Thatgamecompany's Twitter feed has been flooded with tributes to Journey. "Ever played a game that made you pause for thought afterwards? I just have," one player wrote. "I may never see or hear from this person I journeyed with, but I will remember them," wrote another.

But Chen isn't just heaping on the sentiment for the sake of good reviews. Concerned by the industry's perceived immaturity, he's out to change the way we think about games.

"My biggest complaint for computer games so far is they are not good enough for adults. For adults to enjoy something, they need to have intellectual stimulation, something that's related to real life. Playing poker teaches you how to deceive people, and that's relevant to real life. A headshot with a sniper rifle is not relevant to real life. Games have to be relevant intellectually. You also need depth. You have the adventure -- the thrill of the adventure -- but you want the goosebumps too."

Exactly what Journey tells us about real life is difficult to say. Clearly, Chen wants us to connect. His Japanese garden is the ideal catalyst for prolonged online friendship. He also believes that we should feel more for our games; like its minimalistic landscape, Journey's vague thematic conceits spark our mental engagement.

But Chen is also ready to talk business. Frustrated by the artlessness of big games, Chen sees it as a problem with pricing: "Right now, games are so expensive; they're 60 bucks. If they don't let you kill over a thousand people, the game is going to be dead within two hours. Then they have a problem justifying 60 dollar prices... I think Journey is more artistic because of the rawness of the game."

Cautiously, I ask again whether Chen and the team at Thatgamecompany would ever take on a more expansive project, and again I'm met with rebuttal. "If we needed more people, we would bring in more people. A smaller team is easier to manage, easier to direct.

"I think you'll always find more artistic games in the indie circle, because with a smaller team working on a game, it's more likely to be personal, and when it's personal, it's very much the same human condition that the developer had when he was building the game. And if that echoes with your own life, it's more likely to touch you.

"It's easier to stay coherent when everyone shares a vision. If you have a larger team, it's very difficult to create an artistic experience; you can learn that from Hollywood. The Oscar winning film is usually not the one with the biggest budget." 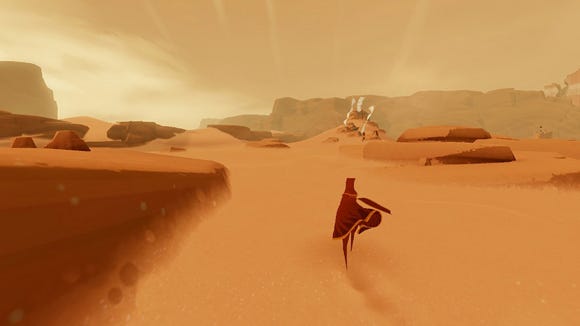 Now, with their three-game deal at Sony complete, Thatgamecompany's next step is difficult to predict. Details are sketchy, says Chen. "We're working on getting a business deal set up, so we can get working on our next game."

But clearly, he still has plenty of work he wants to do. "Can games make you and another human learn something intellectual and relevant from each other? Can games make you and another human experience an emotion that's deep enough to touch adults? I'm working on all of that. Making emotional games and making them intellectually relevant; making games where people can connect and come together."