The company has launched a new public beta program for its engine, with a stable release and a beta release concurrently entering the stream at the same time.
Christian Nutt
Blogger
March 15, 2016

Today at its GDC press conference, Unity announced a new public beta program for its engine, and promised a truly stable new release for its engine. Consequently, the company released both 5.3.4 and 5.4 beta versions of its engine today. You can download either version at the company's website.

"We did a huge amount of new feature improvement in 2015, but we realize that some of this was at the expense of stability," said CEO John Riccitiello, promising that 5.3.4 is a "fully stable release" -- to cheers from the crowd of developers in the press conference.

5.4 includes new features that the Unity developers on stage spent a lot of time talking up -- particularly graphical upgrades. You can see a split-screen comparative image below which highlights the new rendering possibilities in the latest version of the engine. 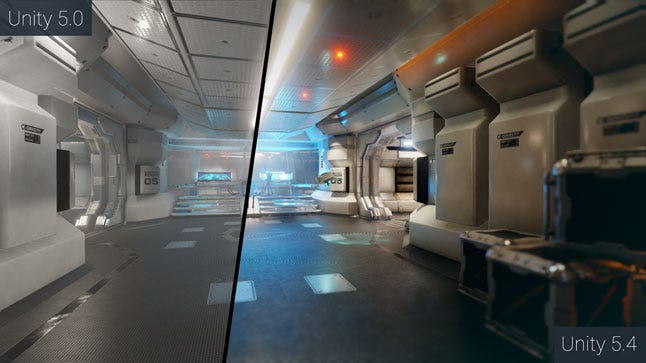