That's substantially more than the $56 million Super Mario Run amassed during its first year, although as the chart below shows, it's still someway behind heavy hitters like Clash of Clans and Pokemon Go.

While its admittedly still early days for Nintendo on the mobile front -- the Kyoto-based firm has only launched four smartphone apps (once of which is being shut down) -- it's an interesting comparison when you consider the different monetization tactics employed by the two titles.

Given the disparity between to two, it's hardly surprising that Nintendo chose to monetize Animal Crossing: Pocket Camp using those more traditional techniques.

You can read more about the global performance of Fire Emblem Heroes by checking out the full Sensor Tower report. 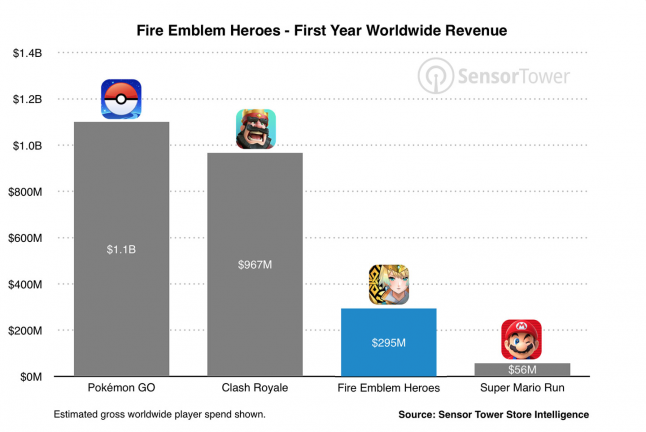