Nearly Ripped off to death by a publisher ? Get better by yourself and wait for justice (Maybe)

Let me tell you the story of a publisher ignoring a signed deal, how a German court of Justice decided it was apparently ok to do so, and nearly caused our undoing.
Puget Alain
Blogger
November 18, 2014 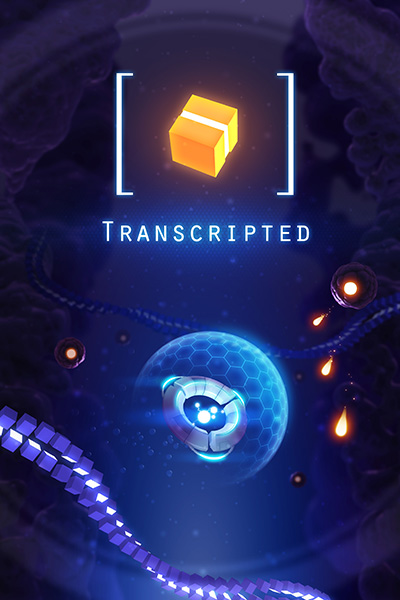 I've reached a point where I don't understand how it's possible to commit to a publishing deal for small studios. How could it be reasonable when what's happening to us, well... CAN just happen. Honestly there's not even something really specific to the gaming industry in this, so I'm wondering how international trade can even work.

If you're not familiar with our situation, I'll start with a brief summary: Alkemi is small indie studio founded in 2009. In 2012, on the 11th of september (definitely not a good omen), our first game Transcripted was released on Steam. Never heard of it ? Well, I guess I'll have to thank the PR department of our publisher. But I have so much more to 'thank' them for... We weren't too happy about the absence of visible work on the game release but it was nothing compared to the fact of losing our game entirely. To this day, and despite a year and a half legal procedure, we have:

Scorched earth policy... and there's pretty much nothing we can do about this. Well, that's not exactly true. I want to thank once more the Steam people for taking the time to listen to us and being the only persons to care and actually do something about it. They nicely removed the game from sale on the platform while we settled out our problems. Others we managed to reach out were not so understanding, claiming they could do nothing if they wanted to avoid legal problems of their own with our publisher.

That's the point where you might think: "Poor kids, that's how it ends when you sign a contract without carefully reading". Ok sorry, you might not be so patronising but you get the point. Actually we're not kids. We hired a lawyer (a german lawyer for a german publisher because that did sound practical), and with his help we have re-written most of the original contract proposed by the publisher. Because yes, the original one was of the type sign-here-with-your-blood-and-kiss-your-soul-goodbye-fellas. At the time, it just seemed "fair" of them to just try. It was a long back and forth process to make them agree to all our terms. And in the end, we thought we had found a profitable ground for both parts : the first thousands of sales we got the lion share and if the game sold reasonably well, the publisher got more and more on each sale. It was in the publisher's own interest, we thought, to make the game a success. To this day, I still think this contract is decent. To be honest, I've seen some flaws in it since then but nothing, NOTHING justifying the insane situation we are in now. For a year and a half, we have endured a legal procedure, and no one seems to really care what's written on this piece of paper!

The release of the game was an ordeal : at the original date of release planned for the game, our producer was fired. Because... well, I'm still not exactly sure. Too bad, we felt at the time like he was the only one actually helping things. The game was then delayed for more than a month "because you know, it's not the right time". And then... September 11, the stars are aligned. And that was great news because we certainly needed the money! Even if we had a publishing deal, we self financed a large majority of the game.

Honestly, for more than 90% of game studios, what did come next would have been game over. I can't get the idea out of my mind that if the publisher did what he did, it was because he honestly had every chance to destroy us right then. Alkemi gone, the publisher could do anything with Transcripted without any fear of protest of any kind. But we have a secret weapon : we make our games but we also have customers. It happens our team is composed of a bunch of motion design veterans with years of experience in digital agencies and that's how we finance our games. The last quarter of 2012 was really really difficult financially. It was a close call, but we did it with no lay off. We worked very hard, but not on the game to add more content like we had planned. We couldn't work on the game because it was bringing absolutely no money. Worse, we had lost all contact with our publisher. No monthly rev share, no monthly sales report like stated in the contract, no nothing. My emails were ignored, my phone calls did not go further than the poor secretary forced to admit that, yes, her boss was there, but was not willing to speak to me. Even the official request by physical mail was completely ignored.

At this point, you will usually call your lawyer and start a legal action. From our point of view,the case was crystal clear : we did everything specified in the contract, everything we had to and more!

We had to include localization provided by the publisher for 5 languages? We did it for 8, because we're nice guys and it could help the game. We had to provide a Steam version, non steam versions, retail box versions... We did.

The publisher did nothing. I don't even speak of the obvious lack of PR effort for the game release. I can live with that. That will teach me to trust someone else to do what I can do better for myself. But everything else, every other obligations stated in the contract were completely ignored by the publisher. We got no reports, no payment, no justification either for the lack of those. How difficult can it be to win this kind of case ? You might be surprised...

After a useless attempt to convince the publisher to comply through our lawyer and a ridiculous threat of suing us back, we filed our official complaint to the Cologne court of justice (Germany) in February 2013. Then pretty much nothing happened until december 2013... 10 months of waiting for a first hearing by the judge. 10 months... How many times can you be liquidated in 10 months if you're short of money ?! That's insane, but it gets worse.

I went to this hearing relatively confident. Surely anyone listening to the situation and reading the contract would understand the obvious. Wrong. Apparently if you're a publisher and accused of not complying to the contract you've signed, it's a completely valid defense to oppose an oral contract supposedly passed with the developer. And since this (imaginary) oral contract was not respected by the developer, you don't feel any kind of obligation to pay anything anymore.

Wait What?! You can say something like that and just get away with it ? You can use this kind of defense and be treated like it is your word against theirs ?! I've heard for the first time during this hearing that the publisher supposedly required an asian and south american version that we had refused to provide. There's not even a mail to prove this was discussed because, conveniently, this apparently all happened over the phone? I was speechless. It was sincerely the most distressful day of all my life and at that point I must admit I wasn't so sure we could win. I can't understand how a business contract can have any kind of value when you can invoke an oral contract to just modify or add some terms to it.

To be fair, my lawyer told me that the court didn’t entirely accept the publisher’s statement, they were supposed to somehow prove it. Yeah, no kidding ? But 11 months laters, a large parts of our demands have still been ignored: we have asked for our share of digital sales, monthly reports of every digital sales. We get only a report of the first year of sales with obvious holes as well as expenses deducted from the revenues, contrary to what was agreed in the contract. We ask for the 30 000 thousands euros, the publisher owes Alkemi to have the right to sell a box version of the game for 3 years. We're told this will be examined later when the digital sales situation will be solved. I've got a 2 years old unpaid bill for the box version of the game. A very real box version that I did find and bought at a local retailer in my own city last summer.

Saying that I'm disappointed by german justice would be a euphemism. I’m baffled and actually my lawyer is kind of surprised too. He actually apologised to me for the bad impression left by a German court! Two years ago, we did know it would be a long process, but I was convinced we would prevail. Right now, I'm not even sure we will get justice. And in the end, the publisher’s strategy could end up as a profitable business move... That hurts.