Facebook is in the process of moving Instant Games away from Messenger to create a more "central" gaming experience.
Chris Kerr
News Editor
July 25, 2019

Facebook is in the process of moving Instant Games away from Messenger to create a more "central" gaming experience.

The social media company intends to migrate Instant Game play sessions over to the Facebook Gaming tab, which was unveiled earlier this year and described as a "home for people to discover, play, watch, and share gaming content personalized for them."

The process will be staggered, with Facebook initially removing Instant Games from Messenger on iOS later this summer in a bid to minimize the disruption to players and developers.

Facebook also claims the move will allow it to make Messenger faster, lighter, and simpler, and that the app will continue to serve as a chat and update channel for games.

"Our migration of gameplay sessions will happen over several stages. Starting later this summer, Instant Games will no longer be playable directly in the new version of Messenger on iOS," explained the company.

"To ensure a smooth transition, players in Messenger will continue to access games through thread updates and chat bots, while gameplay itself will app switch to Facebook. For both players and developers, the Facebook Gaming tab will become the primary home for Instant Games within the Facebook family of apps." 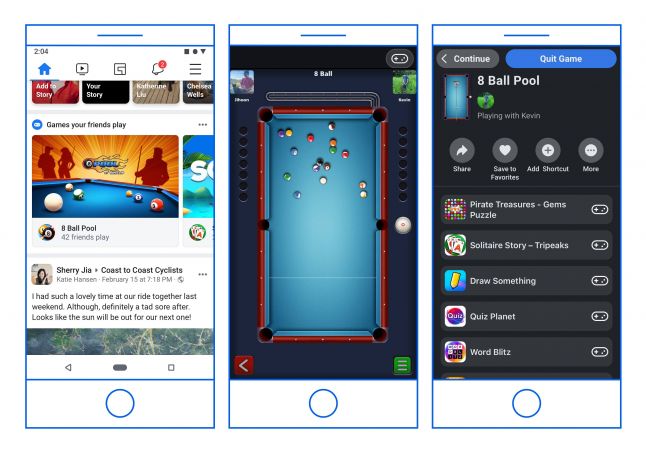 That's not the only change, however, as Facebook will also be introducing a new application process for new Instant Game developers. The revamped format will require new devs to complete Business Verification and provide their Apple Developer team ID before submitting their games for review.

Facebook tweaked the process because while it previously required both Business Verification and Apple IDs, developers were still able to submit games prior to actually completing those steps.

"This essentially moves these steps up in the process for new developers to join the platform," commented Facebook. "We’re implementing the application process as we transition Instant Games to Facebook in order to better support developer success, improve game discovery, game quality and platform integrity."

With the new application process in place, Facebook will also re-open reviews for new games in the coming days, which is good news for Instant Game devs that've been stuck in the queue.

"Any developers new to the platform who have been awaiting review of their games will need to first fill out the application before their games can be reviewed, and will receive instructions in their developer dashboard soon on how to do so," added the company.

"If you don’t have a verified business on Facebook, please read more about Business Verification and Apple Developer team ID, both of which are required for your game to be re-submitted - we suggest applying for these now. Existing developers with games in the review queue should expect their games to be reviewed soon."