"Nanite intelligently streams and processes only the detail you can perceive, largely removing poly count and draw call constraints, and eliminating time-consuming tasks such as baking details to normal maps and manually authoring LODs -- freeing you up to concentrate on creativity," said Epic, outlining some of the flagship features.

"With Lumen, indirect lighting adapts on the fly to changes to direct lighting or geometry, such as changing the sun’s angle with the time of day, turning on a flashlight, or opening an exterior door. This means you no longer have to author lightmap UVs, wait for lightmaps to bake, or place reflection captures -- you can simply create and edit lights inside the Unreal Editor and see the same final lighting as when the game is run on console." 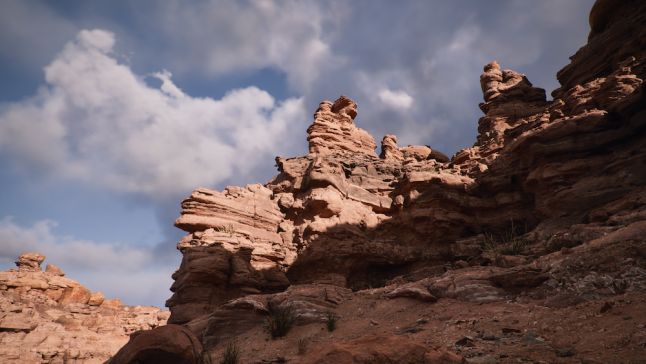 Beyond that, a new World Partition system will facilitate the creation of expansive worlds with scalable content, while a revamped Unreal Editor has been designed to streamline workflows and optimize screen real estate.

Unreal Engine 5 is also compatible with characters created in Epic's recently unveiled MetaHuman Creator, a browser-based app that can be used to create high fidelity humans in under an hour.

Epic said it expects Unreal Engine 5 to officially launch in early 2022, but that the early access version will give creators a chance to go hands-on with some of the engine's "most exciting new features"

Those interested in taking the engine for a test drive can visit the Unreal Engine 5 website to gain early access and browse a list of resources including the UE5 community forum, quick start guides, a wide-ranging FAQ, and more.