Can 'hard to crack' Denuvo win the cat-and-mouse game of PC piracy?

"We refer to our Anti-Tamper solution as being 'hard to crack,' never 'uncrackable.' We constantly apply security updates to keep one step ahead. But it's, ultimately, a game of cat-and-mouse."
Phill Cameron
Blogger
April 27, 2016

Early in January the founder of the notorious and, for the millions able to play expensive video games for free through the group’s work, beloved Chinese hacking group 3DM came close to admitting defeat.

For years the group, apparently a loose collective of hackers who organize on a popular forum, had successfully circumvented multi-million dollar companies’ escalating anti-piracy measures to release freely playable versions of commercial video games, often days after their release.

Square-Enix’s game Just Cause 3, however, had caused the group unprecedented trouble. After more than a month’s trying, the 3DM team had been unable to crack its protections since its launch in December.

On January 6, 2016, 3DM forum founder ‘Bird Sister’ (also known as Phoenix) wrote on the site: “I still believe that this game can be compromised. But according to current trends in the development of encryption technology, in two years time I’m afraid there will be no free games to play in the world.”

The promise that a piece of software is un-hackable has been broken precisely as many times as it’s been made during the past four decades. Video games are a major target for software pirates thanks to demand from a young audience, many of whom are unable to afford to buy as many games as they’d like to play. For some hackers breaking a piece of software is nothing more than an alluring logic challenge. For others, such as 3DM, it’s seemingly a way to make some money from advertising revenue on the site that hosts the cracked files.

Regardless of the motivation, Just Cause 3 was proving an unassailable target. The group’s efforts were impeded by anti-tamper technology designed by Denuvo, an Austrian company that, in the ceaseless race of wits between pirates and anti-pirates, had made a name for itself as a formidable opponent. 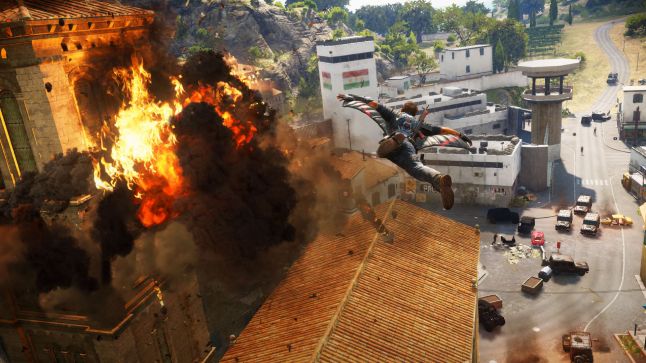 A month after her first announcement, Bird Sister posted another article on the forum stating that the group intended to take a fact-finding sabbatical: a year off pirating single-player games, as she put it, in order to see “if genuine sales [of games] have grown.” Then, a few days later, another message, this time claiming that the team was close to cracking Denuvo’s fortress. “A lot of players believe we have abandoned cracking due to technical problems, but we will prove it is not the case,” Bird Sister wrote, seemingly nursing a bruised ego. “We have not yet been stumped.”

"We're aware that as things presently stand, it can sometimes feel like it’s only a matter of time before they manage to crack it."

Two months later and Just Cause 3 is, as Lee Singleton, the Square-Enix manager responsible for profit and losses (P&Ls) and development across a range of the company’s titles, puts it “still not cracked.”

It is something of a triumph for a company where, Singleton claims, “piracy has been a huge problem for many, many years.” The problem has been further exacerbated, Singleton says, by P2P networks, which make it far easier for people to share cracked games. “Right now Denuvo is one step ahead,” says Singleton. “It's the culmination of years of dedication and experience from the team problem solving one of our biggest problems.”

Could, it be that, like a Victorian virus, video game piracy is close to being fully eradicated? “We’d like to think so,” says Square’s Doug Bone, who oversees the digital distribution of the company’s games across Steam, Xbox Live and PlayStation Network. “Modern technology is certainly helping to make it harder for pirates, but we’re aware that as things presently stand, it can sometimes feel like it’s only a matter of time before they manage to crack it.”

Thomas Goebl, a director at Denuvo, is, surprisingly perhaps, more muted in his appraisal. “Although there is news that we might prevent piracy completely going forward, we have a more realistic view: our focus is to help publishers to secure the initial sales windows of their games. Our goal is to delay the initial crack as it’s during this timeframe that many people choose to buy the game rather than pirate it.”

While Denuvo develops a range of services for the games, software, video and ebook industries, the company is best known for its flagship Anti-Tamper solution for PC games. The technology’s development came out of a realization that every single PC game to use DRM – a anti-piracy measure that verifies a player’s digital license online before granting the game permission to boot – was being cracked on the day of release.

“Piracy groups have automatic tools to remove those kind of digital licenses,” explains Goebl. “This was one of the motivation why we developed our Anti-Tamper solution mainly on request from EA, our first backer for this technology.”

Denuvo’s solution was designed with key factors in mind. Firstly, an admission that every platform’s license management system was compromised, and that attempting to add a second layer of DRM on top of the already broken system would only further inconvenience the customer.

“We wanted to ensure that the paying consumer does not even feel we are there,” Goebl explains. “We wanted there to be no extra hurdles, no drop of the in-game framerate.” Finally, the team wanted to ensure convenience for developers, allowing a team to apply the protection as a ‘post-compiler step’, with no need to alter the game’s code.

The first game to launch using Denuvo’s solution was FIFA15 in September 2014. While the game was cracked after 48 days of release, the amount of time it took the hackers brought Denuvo’s work to the attention of many other major video game publishers. Today, the company’s product is used across a huge range of games from companies, which, in addition to EA and Square-Enix, include Warner Bros, Konami, and Ubisoft. 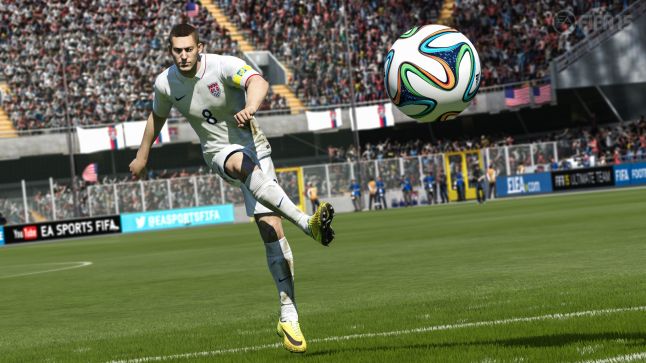 The success of Denuvo’s solution is, Goebl says, down to the fact that it’s hyper specialized, tailored for Windows based C++ games. “I guess most competition has a broader portfolio of supported OS and programming languages and therefore is unable to offer the focus of a tailored solution,” he says.

"If our games are mass pirated, it can be a challenge to track how many people are playing it and harder to assess the appetite for us to produce a sequel, or even a game in a similar genre."

"For crackers, most generic approaches are well known and easier to analyze and remove as it’s usually very visible in the debugging tools where the jumps from the game code to the security code are located," he adds. "This is not the case for our solution.”

Those who argue in favor of piracy often claim that cracked games either allow players to try out titles that they may then go on to purchase. Alternatively, they claim that pirated games do not undercut genuine sales as, arguably, the pirate would not have purchased the game anyway.

Square-Enix’s Bone takes a dim view of this position. “The success of previous games heavily influences future development, as this is a key gauge for what games people are enjoying playing,” he says. “If one of our games were to ever be mass pirated, it can be a challenge to track how many people are playing it and harder to assess the appetite for us to produce a sequel, or even a game in a similar genre. We have some incredible studios producing amazing content, but to ensure these teams can continue to thrive, we need to be able to build on previous commercial successes - piracy works against this.” 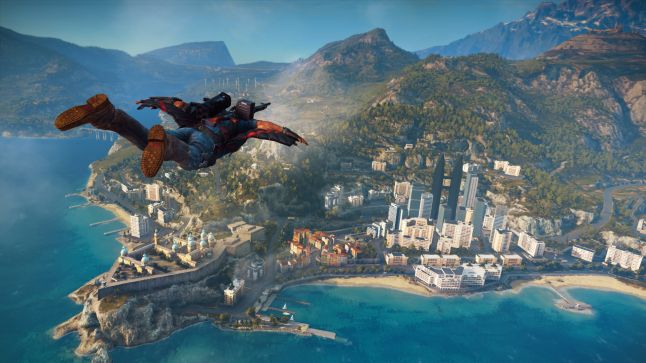 "We only ever refer to our Anti-Tamper solution as being ‘hard to crack’, never ‘uncrackable.’ It is, ultimately, a game of cat-and-mouse."

Indeed, Bone believes that, even taking the most open-hearted viewpoint, it’s difficult to point to any genuine positive effects that piracy has on the ecosystem. “It’s hard to put any sort of positive spin on piracy,” he says. “It’s ultimately theft and not the sort of random factor we can build into our planning.”

One obvious positive effect of Denuvo’s Anti-Tamper tech, however, is the fact that a reduction in piracy makes it increasingly financially viable for publishers to bring console games to PC.

“The PC is still seen as a piracy platform by most publishers,” says Goebl. “Publishers claim that there is between 80-97 percent piracy for PC games, but these numbers are always hard to verify. Regardless, piracy cannibalizes sales, not only on PC but also on console if a pirated PC version is shared illegally. Many of our clients have indicated that the absence of a cracked PC version on the day of a game’s launch makes the platform more viable.”

Despite the strides that Denuvo has made in shoring up PC games in recent years, Goebl doesn’t believe there has been any significant decline in attempts to crack commercial games. “Every game besides pure multiplayer titles is pirated,” he says. “This was the case 10 years ago and it still the case today.”

As such, the ceaseless tussle between publishers and pirates continues, with each trying to outsmart the other and stay ahead. “This is why we only ever refer to our Anti-Tamper solution as being ‘hard to crack’, never ‘uncrackable’. We constantly apply proactive security updates to our solution to keep one step ahead. But it is, ultimately, a game of cat-and-mouse.”