"I personally think that if you're not getting grief, then you're not really pushing the envelope."

So as we've also moved into the free-to-play space, we're just looking at other ways that we can take what we do really well, which is make art and stories, and apply that to other channels where people can come in and enjoy the games that we're making. Akaneiro was partially funded via Kickstarter, right? McGee: There's a little bit of confusion about how the Kickstarter was run. We did something that was really unusual, which was that the game was finished and we were launching it, and then we went to Kickstarter, and we offered backers the ability to purchase things that were going to be in that immediately launching game. In fact we launched the game in the middle of the Kickstarter! So I don't know if it's fair to say that it was funded by Kickstarter, but we definitely used Kickstarter in an unusual way to promote the launch of the game. So it was more of a marketing tool, rather than for the funding. Yeah exactly. The people who backed that campaign -- the game launched, and then they immediately got their rewards in-game. We did some unusual stuff. For instance, we offered the ability for certain players to have custom armor created that was unique to their account. In a way, it was more providing a platform where that kind of interaction could happen with the users, than it was about raising money to fund the actually development of the game. It's a really weird way to use Kickstarter, and we certainly wouldn't try to do it again. But that happened to be a moment in the evolution of Kickstarter, where people were trying a lot of different unusual ways to leverage the platform. That just happened to be our evolution on the idea. Regarding injecting real-money into the game, are you worried about a backlash from players? McGee: Oh absolutely. We're going to get backlash no matter what we do! Certainly in the history of our studio, because we've always done things very differently - if you look at our past products, we started off in the PC episodic space, we then made a console game, we made a shift into mobile and free-to-play, and now we're going to be putting our toe into the pool of real-money gaming. At every one of those transitions, we had resistance from the players, from publishers, people telling us "You can't do that." 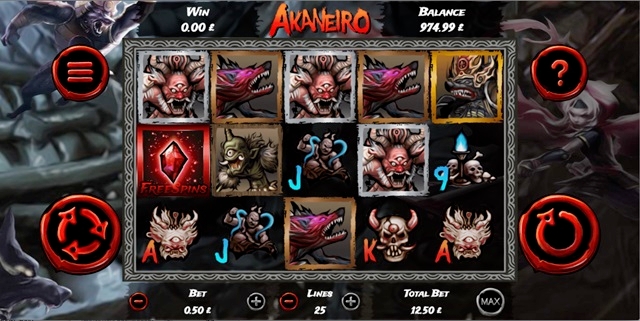 We got grief at every one of those transitions, and I personally think that if you're not getting grief, then you're not really pushing the envelope. You're doing the same thing over and over again, right? And that's fine, but if we had decided to stick with console development, we would be out of business today. So this is just a natural evolution for us. We may get some grief, but we're willing to try, because we like to try new things. Some people will no doubt be cynical and say you're just putting this real-money stuff in to make more money rather than to "push the envelope." Are you doing this for the money, or for the experiment? Well, I think "an experiment" would sort of discount the success that a lot of companies are already having with this model, and the appeal that the model also has for a lot of players. Clearly we're not the first company to go into the space, and neither is Odobo. It's a somewhat different approach for us, this partnering up with someone who, what they are doing is not an experiment. They're experts in the space. For us, we're pretty good at story and art, so really what we're trying to do is bring together what we're really good at, and what they're really good at, and hopefully provide a product that people are going to be really interested in. From today then, what exactly are Akaneiro players going to be able to use their real money for in the game? McGee: We've taken the story and the artwork, and the theme of the game, and built an entirely new slots game around it. Players will be able to go into that, and it'll be like stepping into a real-world casino. You might find a Plants vs Zombies real-world slots machine, right? Well, you'll be able to play an Akaneiro-themed slot game online. We've put together something that I think rivals the real-world presentation in terms of quality and sound effects. I know you said at the start of the year there were problems, and you scaled the team down to two people. What happened since then? McGee: It's important to keep in mind that the two types of games are very different. One is built using Unity 3D and requires a pretty significant team with a lot of different expertise -- animators, 3D modellers, artists, game designers, programmers... on the other hand, when you're building this sort of web game, it's obviously a much smaller team, the art assets are being brought out of the original product etc. So in many ways it allows us to build a new product in a much more proficient manner, because we don't have to throw this big 3D games team at it. We're still having a small team continue work on the original work, but then we're also able to have this new web product come into the marketplace pretty efficiently.
Get daily news, dev blogs, and stories from Game Developer straight to your inbox
Subscribe