SEARCH
A minimum of 3 characters are required to be typed in the search bar in order to perform a search.
Programming
3 min read
Blogs

The shadow maps we use in Overgrowth are unusual in that they contain two parts: direct shadows and ambient occlusion. These correspond to the two light sources in outdoor scenes, the sun and the sky.
David Rosen
Blogger
March 17, 2010

The shadow maps we use in Overgrowth are unusual in that they contain two parts: direct shadows and ambient occlusion. These correspond to the two light sources in outdoor scenes, the sun and the sky. To explain how this works, let's consider this scene with a house in the desert: 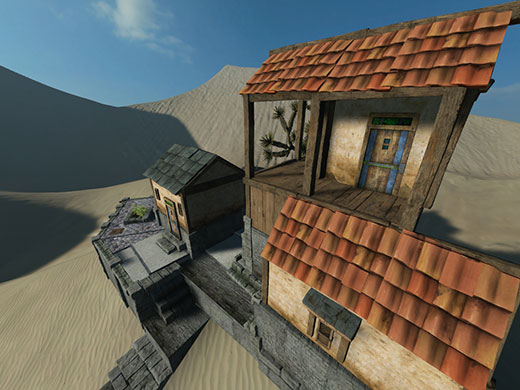 The first part of the shadow map consists of direct shadows. We calculate them by dividing the scene into a grid and accumulating high-precision depth map shadows. This is done on the graphics card in order to achieve a much higher calculation speed. Here are the direct shadows for this scene: 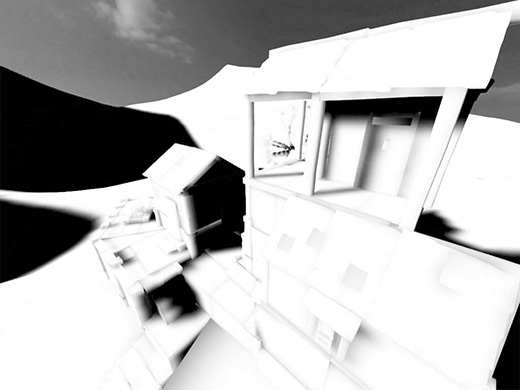 There are some texture alignment artifacts here, but they're subtle when lit, so I'm saving them for later

The second part of the shadow map is ambient occlusion -- how much total light is received from the sky. This is calculated by accumulating the direct shadows from 64 points on the sky hemisphere. Here is the ambient occlusion for this scene: 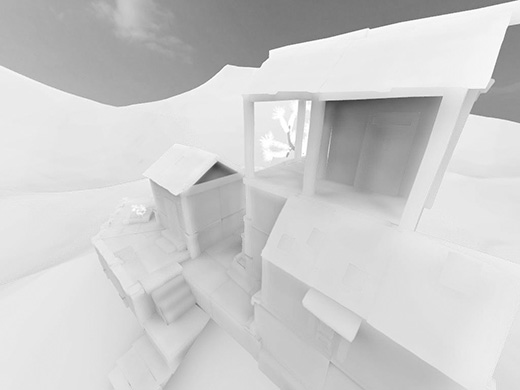 See this post for more complex examples of ambient occlusion.

We could store both of these shadow maps separately, but for efficiency we can combine them into one shadow map. The graphics card stores images with three color channels (red, green and blue), so we can store the direct shadows in the red channel and the ambient occlusion in the green channel. Below you can see the direct shadows, the ambient occlusion, and the combined two-part shadow map.

Many games approximate direct and indirect lighting using cascading shadow maps, screen-space depth comparisons, and deferred light accumulation. These techniques are powerful and fun to use, but their rendering artifacts and hardware requirements make them inappopriate for Overgrowth. For us, the efficiency and accuracy of baked shadow maps make them a better choice.