SEARCH
A minimum of 3 characters are required to be typed in the search bar in order to perform a search.
Programming
13 MIN READ
Featured Blog

Efficient instancing in a streaming scenario

For 3D games, instanced rendering is as common as rendering itself. For true streaming scenarios, it can be a challenge to remain efficient. This article explains how the GPU can be used to prepare instance-data for fast mesh rendering in a dynamic worl
Serge van Keulen
Blogger
August 01, 2018 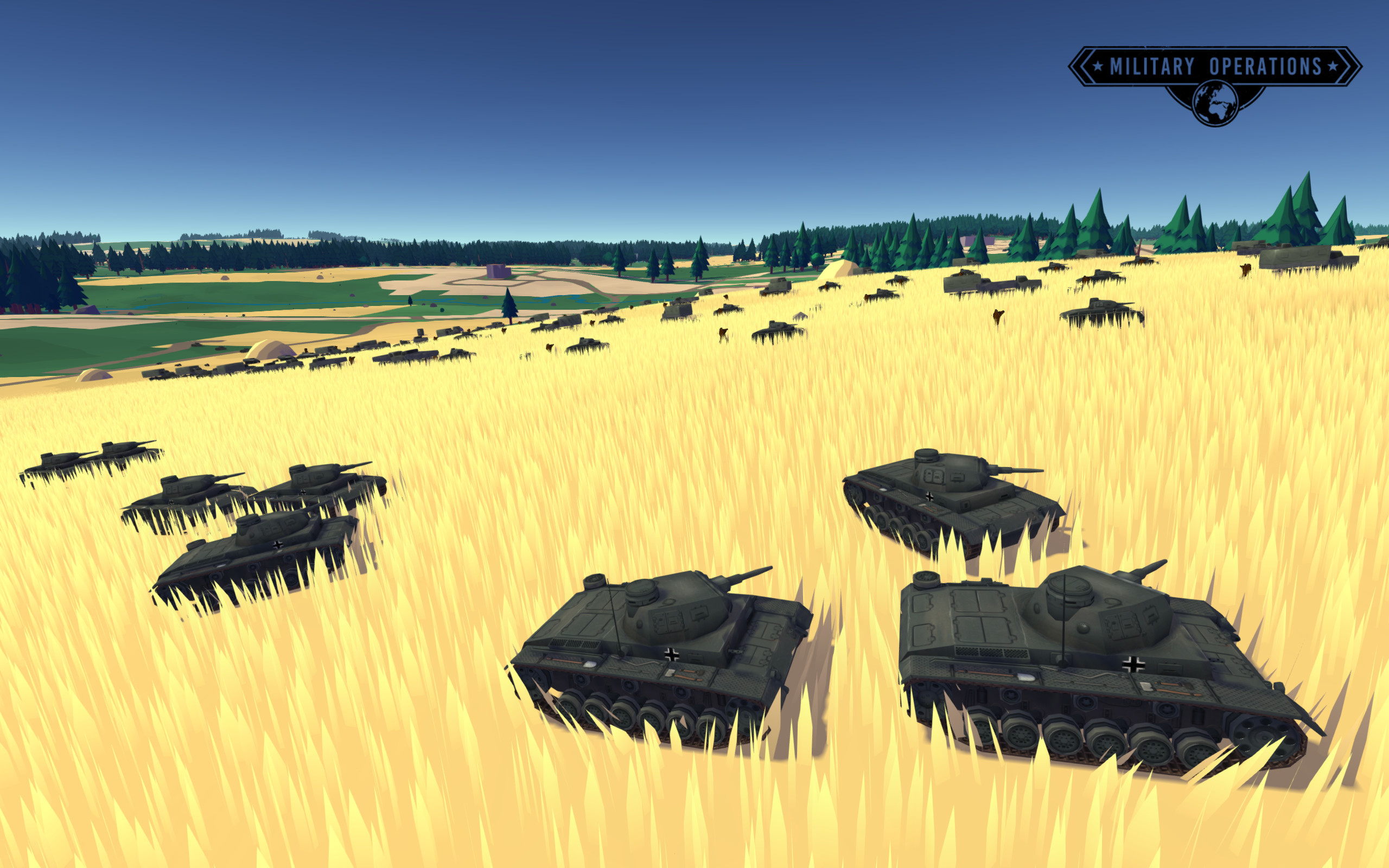 You’re building a game-world that is big, so big in a fact that not all of it can be loaded into memory at once. You also don’t want to introduce portals or level loading. You want the player to have an uninterrupted experience. 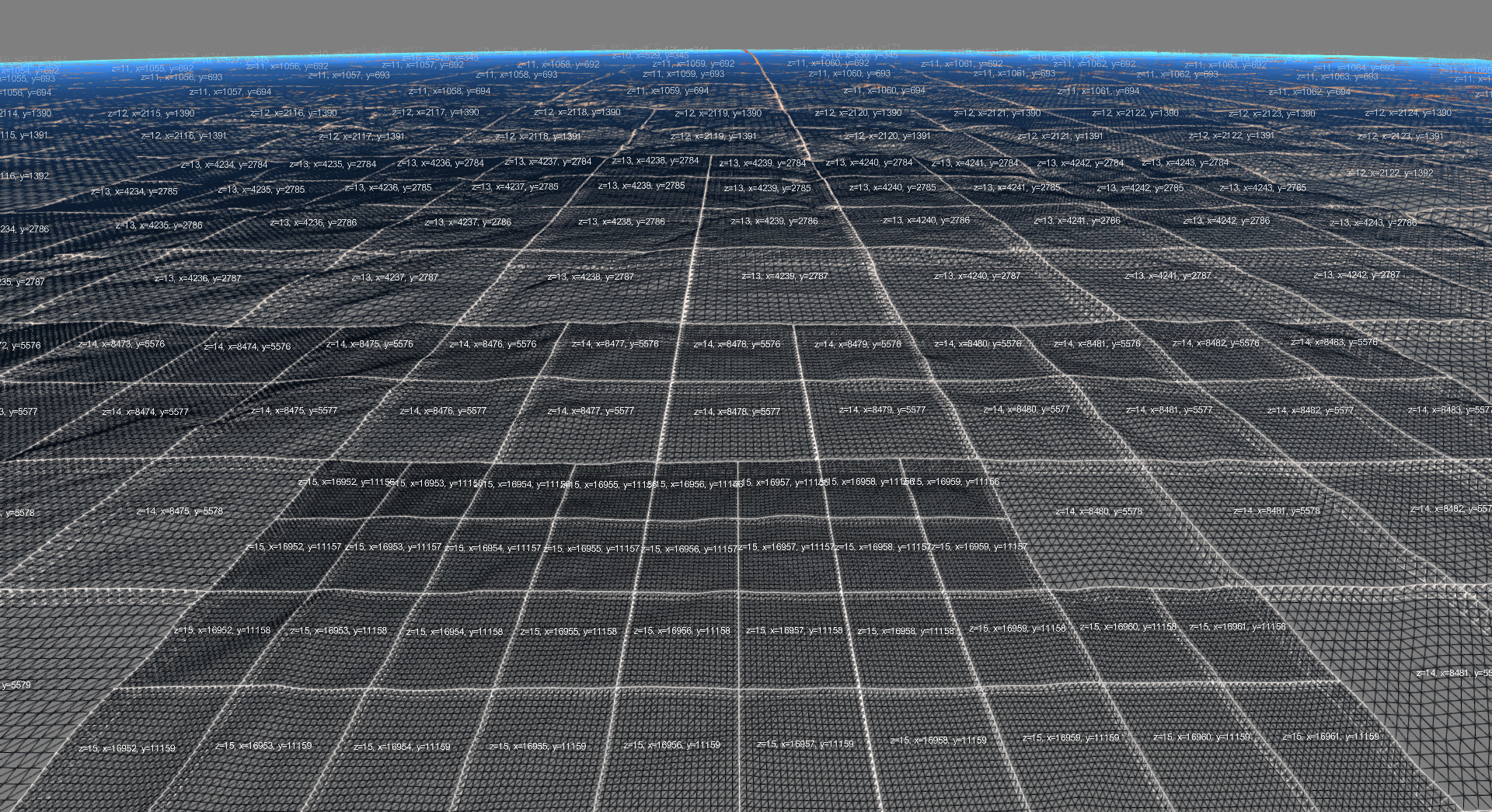 For true continuous streaming, a typical scenario would be something like this:

To focus on the render-data preparation specifically, I assume the reader is familiar with the following concepts:

For an introduction I recommend this BLOG entry on our website.

I will use OpenGL to demonstrate details because we use it ourselves and because it is the platform independent alternative. The technique however can be adapted for any modern graphics API that supports compute shaders.

The solution is to do the work on the GPU. This is the type of processing a GPU is particularly good at.


The diagrams below show memory layout.
Each colour represents a different type of instance data, stored non-interleaved.
For example, position, texture-array layer-index or mesh scale-factor etc.
Within each instance-data-type (colour) range, a sub-range (grey) will be used
for storing data for instances of a particular mesh.

In this example there are 4
different meshes that can be instanced. Within the sub-range, there is room to
store instance-data for “budget” amount of instances. After loop-stage step 4, we
know exactly where to store instance data of each type (pos, tex-index, scale,
etc.) for a particular mesh-type. In this example, the scene contains no mesh-
type 2 instances but many mesh-type 3 instances.

Prepare once at start-up

Steps for one new tile entering the AOI

Step 1, 2, 3 and 4 may well be replaced by simply loading points from disk if they are pre-calculated offline. In our case we cover the entire planet, so we need to store land-use data in vector form and convert it into raster data online, to keep the install size manageable.

Steps for each loop

This is where things get interesting.

The important, maybe counter intuitive thing here is, that we do all calculation to determine what mesh to instance, twice. We don’t store the results from the first time. It would be complicated, memory consuming and slow to remember what mesh instance of what tile ends-up at what vertex-data location in the render buffer, just so we can look up an earlier stored result. It may feel wasteful to do the same work twice, but that is procedural thinking. On the GPU it is often faster to recalculate something then to store and read back an earlier result.

Now everything is done on the GPU and we only need to add some memory-barriers to make sure data is actually committed before a next step is using it.

Note that step 3 and 5 of the loop-stage require the compute shader to use atomic operations. They are guaranteed to not conflict with other shader-instances when writing to the same memory location.

You need to select a budget for the maximum number of meshes that can be drawn at once. It defines the size of the instance-data buffer. This budget may not cover certain extreme situations. This means we need to make sure we do not exceed the budget.

Step 4 updates the base-instance of the indirect-structure. At that point we can detect if we exceed the budget. We can simply force instance-counts to zero when we reach the budget. But this will have the effect of potentially very visible mesh instances to be in or excluded from the render-set each loop.
To solve this, sort the indirect-structures, representing meshes, in the command-buffer from high to low detail. This is only needed once at start-up.

That way the first meshes that will be dropped are low LOD and should have the least impact.

If you’re using tessellation to handle LOD, you’ll have to solve this differently or make sure your budget can handle the extreme cases.

We now have one buffer containing all render data needed to render all instances of all meshes on all tiles, in one call.
We simply do a single Render call using the buffer that contains the indirect-structures. In fact, we render all possible meshes. If, for the current situation, some meshes do not need to be rendered, their instance-count in the indirect-structure will be zero and it will be skipped with very little to no overhead.

How it used to be

In a traditional scenario we may have filled a indirect-structure buffer with only structures for the meshes that need rendering. Then copying all render data in a vertex-attribute buffer, in an order to match the order of indirect-structures in the command-buffer. Which means we need a sorting step. Next, an upload of this render data to the GPU is required. Since the upload is slow, we will probably need to double or, even better, triple buffer this to hide transfer and driver stages so we don’t end up waiting before we can access/render a buffer. 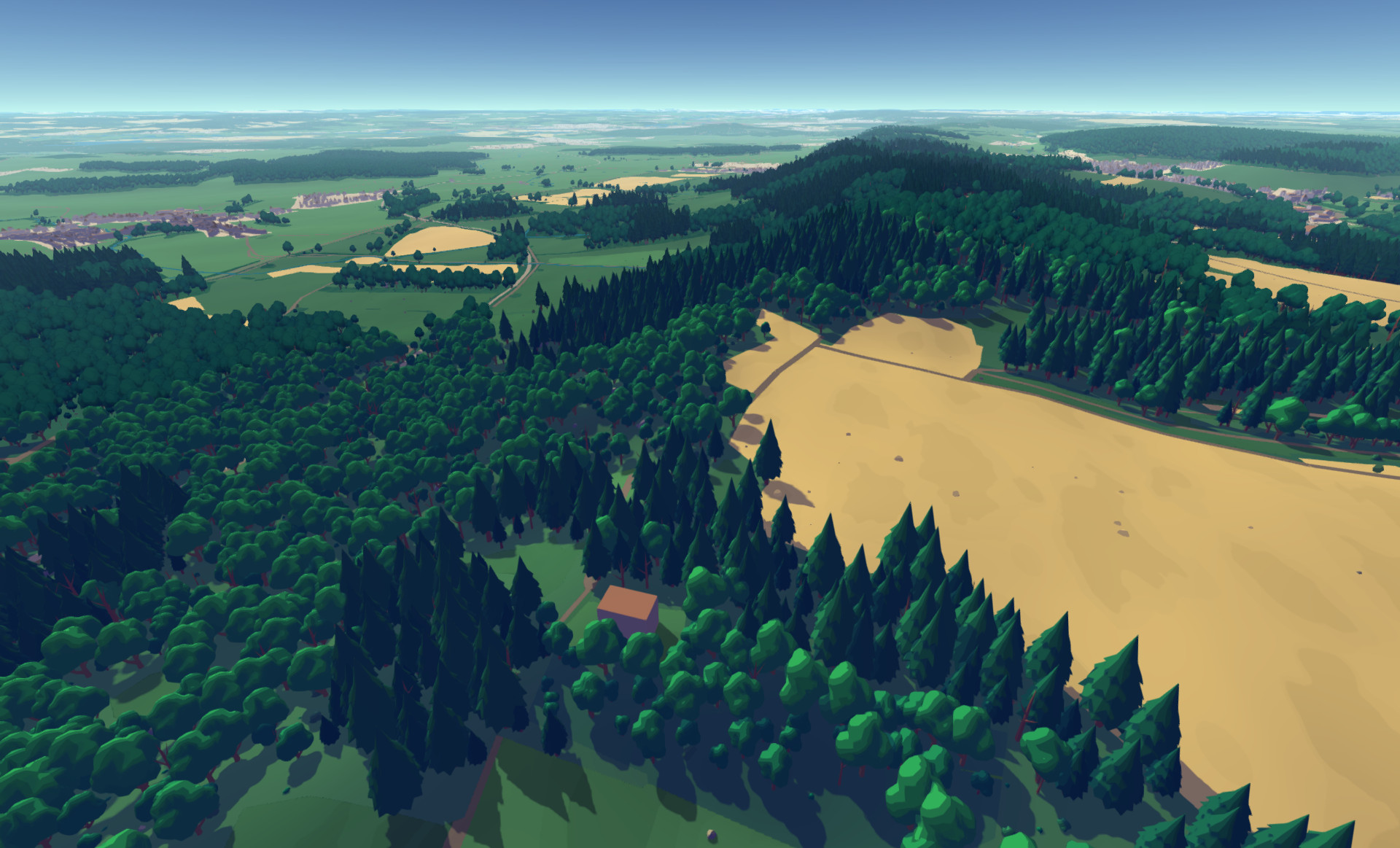 The most performance is gained by selecting the best design for your software implementation. Nevertheless, there is some low hanging fruit to be picked before going into proper profiling and tackling bottlenecks.

You should use glBufferStorage to allocate GPU memory for buffers. Since we never need to access GPU memory from the CPU, we can do this:

The last parameter tells the GL how we want to access the memory.
In our case we simple pass 0 meaning we will only access it from the GPU.
This can make a substantial difference depending on vendor, platform and driver. It allows the implementation to make performance critical assumptions when allocating GPU memory.

This article describes vertex-data that is stored non-interleaved. We are in massively parallel country now, not OO. Without going into details, the memory access patterns make it more efficient if, for example, all positions of all vertices/instances are packed. The same goes for all other attributes.

In this example, tile frustum-culling is done on the CPU. A tile however may contain many mesh instances and it makes good sense to do frustum culling for those as well. It can be easily integrated into step 3 and performed on the GPU.

The pseudo-code example shows how compute shaders are launched for the number of points on each tile. This means the number of points needs to be known on the CPU. Even though this is determined in the background, downloading this information requires an expensive transfer/sync.

We can store this information on the GPU and use a glDispatchComputeIndirect call that reads the launch size from GPU memory.

This article shows how more work can be pushed to the GPU.
We took this notion to the extreme by designing an engine from the ground up, that is completely running on the GPU. The CPU is only doing I/O, user interaction and starting GPU jobs.
You can read more about our “Metis Tech” on our blog-page.

The main benefits are the lack of large data up/down-loads and profiting from the huge difference in processing power between GPU and CPU.
At some point this gap will become a limiting bottleneck. According to NVidia, the GPU is expected
to be 1000x more powerful than the CPU by 2025!

This article was previously published as part of the BLOG about development of the Real-time Operational Wargame "Military Operations".

//! \brief Prepare render data to draw all static meshes in one draw call

// 2. Clear instance base and count

//! \brief Render all instances of all meshes on all tiles in one draw call

, int32_t p_mesh_count) // Number of different meshes that can be shown

// Input: Contains the indirects-structs for rendering the meshes

// Output: Contains the indirect-structs for rendering the meshes

uint p_indirect_structs[]; // Globally for all tiles

//! \todo Use data in p_point_data to determine which mesh to render, if at all.

// Input: Contains the indirect-structs for rendering the meshes

// This compute-shader should have been launched with 1 global instance!

// If the budget is exceeded, set instance count to zero

// Input: Contains the indirect-structs for rendering the meshes

//! \todo Use data in p_point_data to determine which mesh to render, if at all. Again.

// This should never happen!

// Only process meshes that have an instance count > 0

// Reserve a spot to copy the instance data to

// Make sure to not trigger rendering for more instances than there is budget for.

//! \todo Write any data you prepare for rendering to p_render_data using l_slot_index