SEARCH
A minimum of 3 characters are required to be typed in the search bar in order to perform a search.
Production
7 MIN READ
Blogs 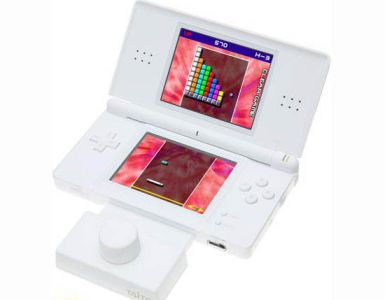 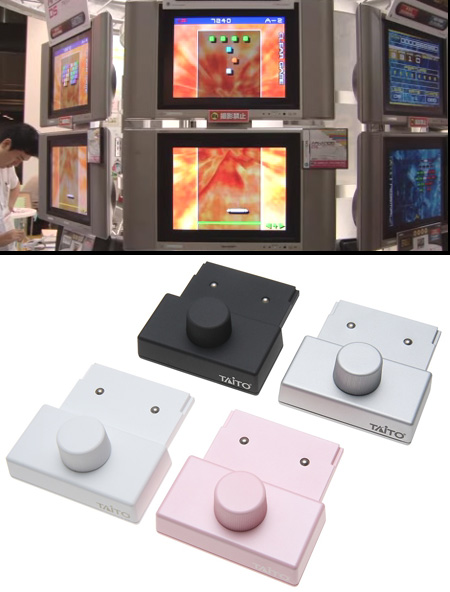 Yeah, so.. I guess I finally have to bite the bullet and buy a Nintendo DS at last. Siiiigh. It's been a long time coming, but I can not refuse the siren song of Arkanoid. I had the NES version about a billion years ago, with the special paddle.. ya know, the one which broke later tat same night. I don't really wanna think about how much that puppy goes for on eBay MIB these days.


For that matter I had Stack-Up as well. but it was missing some pieces, so i brought it back and exchanged for Popeye. Yeah-h-h Popeye's all well and good and everything but --geez-- I wish I coulda given Stack-Up a shot. ROB got pretty lonely. Hey, sure, he wasn't exactly the most elegant piece of gamin hardware, but.. damn.. unlike the power glove, at least it WORKED.

So recently i have come to the realization that I must finally shell out and buy a next-gen console.. can they still be called next-gen at this point? Xbox 360 is going on 2 years old, in a couple more months! Anyway, last "current system" I bought was a PS2, back in 2002.. it's still faithfully serving, 5 years later (well, it's good for watching movies on, what can I say). I inherited a half-busted Xbox (model 1) about 1 year ago, I think it's been.. anyway, I don't game too much at home, and my PC is definitely pretty long in the tooth as well. What this all adds up to is the fact that I gotta get me some new hardware. I am still no aficionado, at least not inthe conventional sense - but as time passes, more and more I realize that it's my duty as a game artists, especially in these times (and the coming ones) to stay more current with the state of things. Now, I cruise all the regular gaming sites, I get an eyeful of what's hot (and what isn't) pretty regularly - but it's getting harder to appreciate as the tech keeps leaping forward, from just some crappy Quicktimes and screengrabs. I gotta say, in these days when an xbox live account enables you to download no shortage of demos, this is a pretty cost-effective deal. I am not going to pony up immediately, but I think pretty soon I will be bringing a new console home.

And so the question is, then.. what to buy? Oh, here we go. I had this dilemma last time around too, it was a lot of back-and-forth until I got my job at Left Field Productions and it became evident that I'd be needing to look at however many Action Sports games I could get my hands on. At that point PS2 was the king, baby..

This time around? Well, I had been considering getting a Wii for a little while, actually.. but it definitely doesn't suit for the reasons mentioned above. Many of it's coming games are NOT hi-tech looking, to say the least.. if I got it, it would be strictly fr entertaining my girlfriend, I'd suspect. It would be cool, but as long as I am not burning with desire, I don't think it'll happen. But, I'd love for them to give me a reason. Make some weird games, Nintendo!! Come on!

PS3. Sigh. This is the one I'd most "like" to see sitting on my self, for a few reasons. But to buy one, especially right now, would be folly. It's expensive as hell! There's no games for it! The live service is.. uh.. not to terribly impressive, just yet! Man. There's nothing for PS3. If they had half as much going on as the Xbox then it'd raise an eyebrow or two of mine, but as it is the thing is floundering. I feel bad.. I wanted them to get their act together. It's just sitting limp with it's buddy the PSP. I would have more to do with my aging PS2. Ah well, maybe next year.

And so, the conclusion is, I need to get a 360. The download service sells it, for my purposes! That and.. well.. hell! There's next-gen GAMES on the thing that you can get right NOW. Tons of 'em. Bioshock, Crackdown, halo Shortly.. Plus all the backlog. And it's cheaper. Oh well.. let's not forget, the things are built shoddy as all hell. I guess that's one thing the poor PS3 has going for it, anyway.. it actually kinda works..

I guess that settles it. I am gonna do some more research and see just how crippled the download service is on PS3, if for nothing other than argument's sake. I know people are downloading stuff off there.. not really too sure what's on offer that's a good compromise though (Ninja Gaiden AGAIN? QBert?)

I gotta end this by saying I do hope PS3 gets it's act in gear. They missed their window to rule the world again, but they can still scrap together a decent showing. They've got some amazing talent in their stable (exclusives-wise) that can put up a strong level of support, if they ever gt the games out at a reasonable time (and maintain exclusivity). I guess time will tell -- good luck guys, you will need it!

A few posts ago I railed against metal gear solid 4. I said it lookd too realistic and boring, "like work..." Well, I saw the latest Leipzig trailer today, the one with the new bosses. Okay, I take it back!! "Laughing Octopus" -- man. Where the hell do they come up with this stuff? Like it or hate it, I appreciate the weird craziness of this stufff. It reminds me of crazy japanese Cyberthink from the 80s.. I don't know how to put it. But it's iconographic for next gen, for PS3. I am glad they are doing weird out of the ordinary stuff - keep it up. I still can't say the game will be my cup of tea, but I appreciate the bizarreness. It AIN'T REAL LIFE!!

Skate demo released for 360 a few days ago. All I have seen are sme crappy Youtube vids.. I wanna get my hands on that thing. I am guess Thrasher, and I am sure I will not feel it when I finally get my hands on it.. but i bet it will be kinda fun. I get the sense that developer was driven to make something a little special. My loyalistic NS tendencies were strong before but these days I want to just see something different and unique, special. Nothing wrong with that. I have seen the latest trailers for Tony Hawk 9 as well, and it looks nice and all.. more of the same, as usual, though. I hope they got the framerate up fom last year, and maintained the fun factor without getting bogged down with features or something -- yeah i am biased but Project 8 was a fun arcadey title, and they could easily replicate that (in a good way). I guess we will see soon.

Things are alright for me at Obsidian, I started arting a new level last week. To tell the truth, it was rough getting started.. though it was a theme I thought I would enjoy, it was a dra-a-a-ag. You get burned out sometimes, and when that happens, youjust do't wanna do ANYTHING. Just don't wanna look at it for awhile! So I started cobbling together some reference, got some direction from my lead, started filling in the elements. It began to take shape, but very unsatisfactory, even after a couple of days.. no enthusiasm. Today was "Eureka!" though, sometimes you get lucky and come across that single piece (or in this case, pieces) of reference that just NAILS it for you "oh crap! THAT'S what it should look like..." I wet and slaped some nw walls in, a couple different elements, and suddenly it's looking far less stupid and it's invigorating to work on once again. Whew! And on that note, i go to get myself to bed.
Get daily news, dev blogs, and stories from Game Developer straight to your inbox
Subscribe