SEARCH
A minimum of 3 characters are required to be typed in the search bar in order to perform a search.
Production
8 min read
article

Then And Now: Feelings On The Fighting Game Genre

The fighting games genre has had quite the effect on my youthful gaming days. The questions is, with this new age of DLC and patch fixes, is the fighting game genre better or worse for it?
Isaiah Taylor
Blogger
October 23, 2010

Fighting games are back! Or are they? Moreover, should I be nervous that less-than-stellar clones are not to far behind?

Before writing these less than eloquent words I reflected on the many fighting games I’ve grown fond of over my nearly two decades of gaming. Sufficed to say, there is also an ever growing pile of fighting games that haven’t aged quite as well as I’d hoped. But my most cherished discs and cartridges bare either the Tekken or Street Fighter symbol on them. Feeling my age, the trend the film industry is suffering from -- recycling man-child idols like superhero movies and ‘retro’ themed films seems to have infected the games industry. I wish I could complain more. In the same year a new Donkey Kong and NBA Jam game were announced, Capcom & Namco [Bandai] not only released sequels to their illustrious fighting game franchises, but have decided to team up.

Until the era of the PS2 I’d only liked one Street Fighter game; Street Fighter II: Special Championship Edition [Genesis]. Playing fighters in the era of the early-90’s, where gore was in and cartoon violence wasn’t enough unless some form of cheat code could reveal even more violent gore, the subsequent spin-offs of Street Fighter fell off of my radar. In the age of Mortal Kombat decapitations and Primal Rage farting bipedal beasts, imagine a kid being told not to play these games. Imagine that same kid in a Cleveland, Euclid Square Mall with a mom who can spend hours in Lane Bryant. My mom worked hard and once or twice a month she, my sister and I would catch the bus to this mall. I’ve been to several arcades across the states, but still, nothing beats that smelly discolored floor and grease stained cabinets. 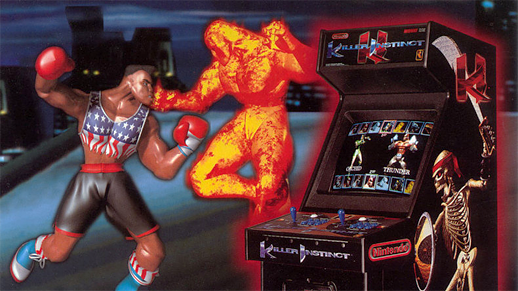 I spent years playing on these original arcade cabinets of Rare’s Killer Instinct and Midway’s Mortal Kombat series. But there was never a line. The line was always for Street Fighter II and then eventually Super Street Fighter II. I never understood what the big deal was. Soon after, Euclid Mall closed and thus went the arcade of my childhood. Luckily, this was also around the same time my mom got her first car, a two-door Pontiac Grand Am.

Just as an aside here, my family comes from a poor, working-class background. But we weren’t raised poor. Meaning, every penny we got, we saved. Every item acquired we cherished and were taught to keep it in good shape, because there was no guarantee we’d get it again. So those little trips to Euclid Mall and eventually the Cinemark dollar theater were heralded as field trips equivalent to Disney World or wherever wealthier kids dreamt about going to around that nebulous pre-teen to teen age. 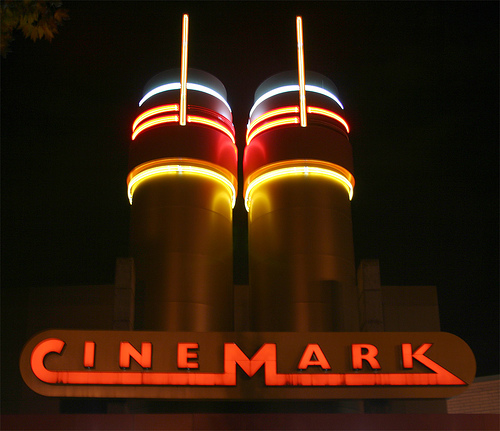 Ah, the Cinemark, there was a cartoon fox that would open every movie with a song about eating popcorn and drinking pop. Damn that fox was weird.

Cinemark theater was in WIlloughby. A place much farther than Euclid Mall and thus more exotic. Around this time [‘96 or ‘97] kids in my school were discovering the many wonders of the internet. I was discovering the many wonders of my Genesis. I only had Sonic, Street Fighter II: SCE and Mortal Kombat 2. As an aside, my mom got me Street Fighter II: SCE because she always seen me standing next to it and I wanted to play it, but never had the confidence to step in line. As one would imagine, I had little to no friends who wanted to play me in a game that came out years ago. So while becoming a master at console fighting games that kids were slowly forgetting about on a system that was becoming extinct with every awful Super Nintendo port. These trips to Cinemark theater were huge.

In this theater were, obviously movies, which came out weeks [and sometimes months] ago in the more expensive theaters in downtown Cleveland. There was also an arcade that would further shape my perspective of how games are played and the varying cultures this community could foster. Imagine this, NBA Jam next to World Heroes, next to Street Fighter. I remember the sticky, black and white tiled floor from spilled buttered popcorn and cola. I remember Tekken 2 and how ‘way cooler’ it looked than Virtua Fighter. I remember playing as Law and beating 4 human players in a row only for my mom to pull me by the collar [embarrassing me is a custom we share]. 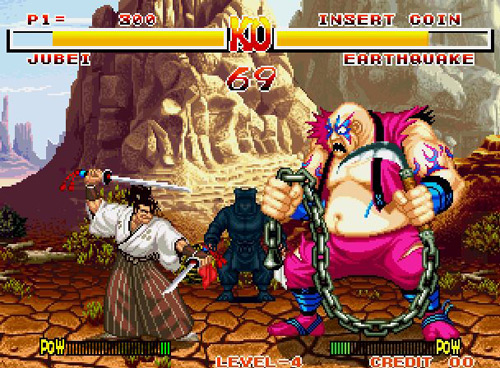 Samurai Shodown along with Last Blade and a slew of other 2D games of the late 90s were heavily overlooked on console simply because the consoles were either too expensive [NeoGeo CD] or didn't last long on the market [Dreamcast].

The theater would eventually get Tekken 3, Samurai Shodown IV, World Heroes Jet among other games I haphazardly threw tokens into. Those were fun times. Street Fighter III: Third Strike and Tekken 4 would be the last games I’d play at Cinemark and subsequently at an arcade packed with like-minded individuals. At the time I was driving my mom’s car out there sometimes once or twice a week. Raiding the CD Warehouse bargain bins for cheap PS1 games [a past time that bore most of my home console fighting game collection].

As a result of all these tales, I’m realizing how fighting games had such an influence on my gaming taste.  I became a bigger fan of the Tekken series than Street Fighter. I loved the story [did I just admit that?] and how very Japanese it was. Moreover, much like in the days of Street Fighter and Mortal Kombat, Tekken 2 and 3 felt more realistic. When you hit someone it echoed and the sound on those old cabinets was something the consoles [of that time] couldn’t quite replicate. 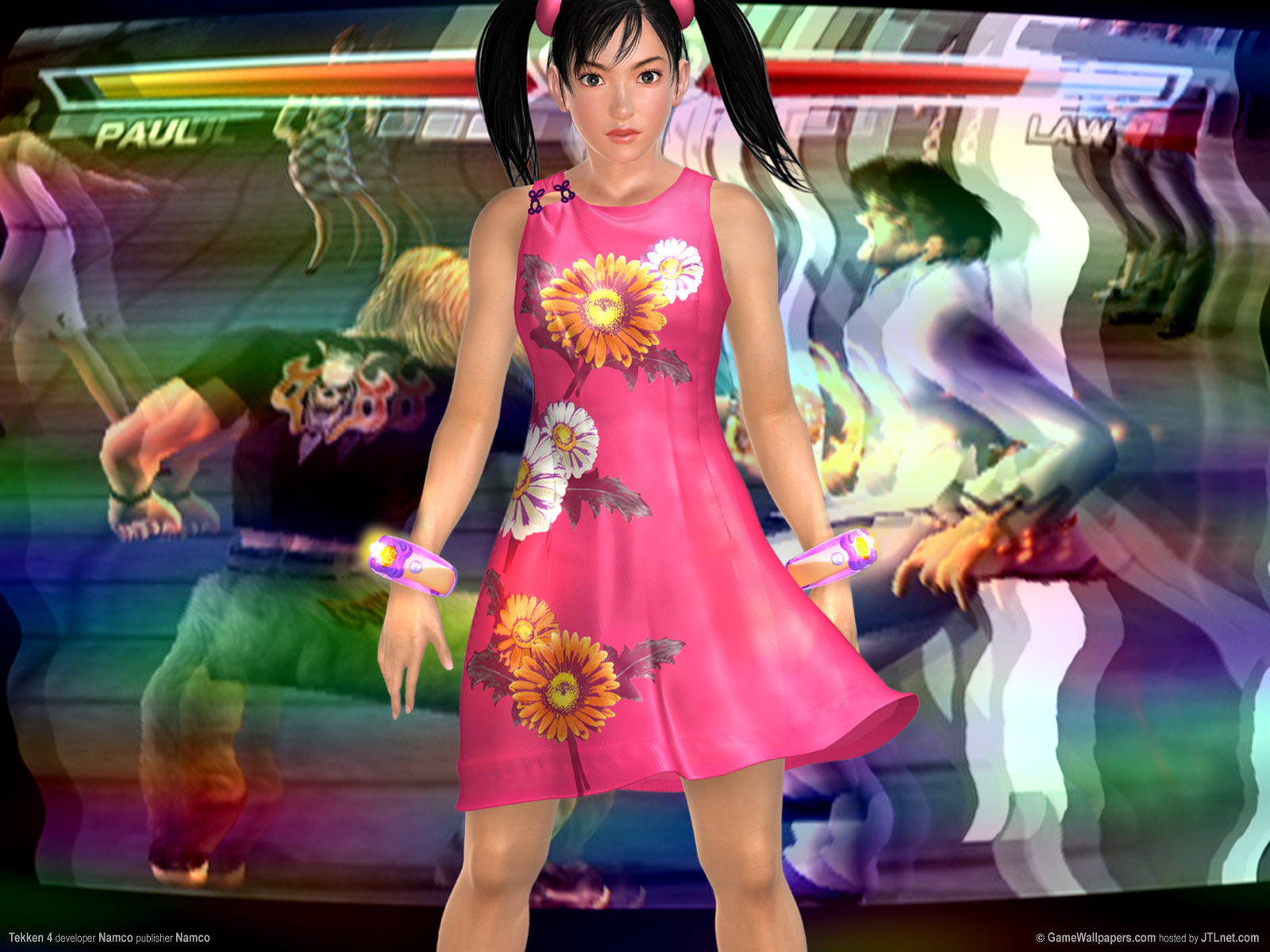 I stand by this, Tekken 4 'undid' all the good previous 3D fighters have proven for the fighting game genres. 3D fighting games have always had issues grabbing the kind of audience that supports 2D fighters...and for good reason.

Then somewhere around Tekken 4 and Third Strike things began to change. The ‘realism’ that I was attracted to in the Tekken series took centerstage and the fight mechanics found itself being overshadowed by Soul Caliber 2 and Virtua Fighter 4. It was a nightmare for me. Playing a game religiously in a [at this point] dying arcade. I couldn’t determine if the arcade scene was dwindling or if fighting games were choking on their own recycled zaniness. Japanese game design of the 90s had never been one for subtlety, at least not by and large. Fighting games carried plenty of those ills.

Tekken 5 tried to remind players that not only was the franchise pertinent in an era of first person shooting, but fighting games in general were still important. It was very reminiscent of the experimentation the Street Fighter series went through with the EX series. Hardcore gaming fanatics would probably venture to say that the fighting game genre fell prey to what most genre’s succumbed too around this time. The third dimension. Playing games like Blaz Blue and Guilty Gear, there could be an argument in favor for why fighting games in the 2D [or 2.5D] space fair better mechanically. This is an argument for another time. 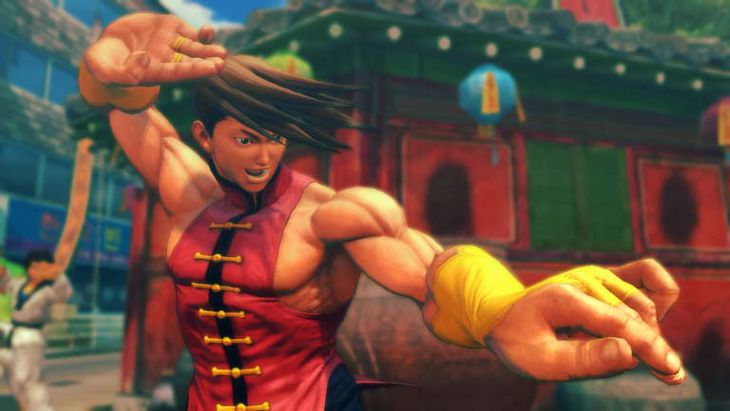 What I find most interesting about this newest wave of fighting games is the adjustment to this new age of technology. DLC and patches are kinda big deals for games that may be imbalanced and need retooling.

Fast foward to now. Tekken 6 hit the ground with a yawn and Street Fighter IV currently carries the torch with its new 2.5-dimensional design. This is a hard pill to swallow for me considering I still haven’t grown to fancy the artstyle of the new Street Fighter. However, it is one of the few fighting games that mechanically feels right. Moreover, Tekken 6 hurts me when I humor recommending it to my friends without several caveats [one being, do you like customizable outfits and very Japanese character design?]. I’m hoping with this Tekken X Street Fighter game that Namco-Bandai realizes how fighting games can be fun again. With the release of Super Street Fighter IV, I’m pensive over Capcom releasing fighting game after fighting game -- which they’ve been doing as of late. Makes me wonder could the fighting game mainstream fad fizzle faster than it did when I was a youth.