SEARCH
A minimum of 3 characters are required to be typed in the search bar in order to perform a search.
Production
7 min read
Blogs

The Last Year Of The PSP 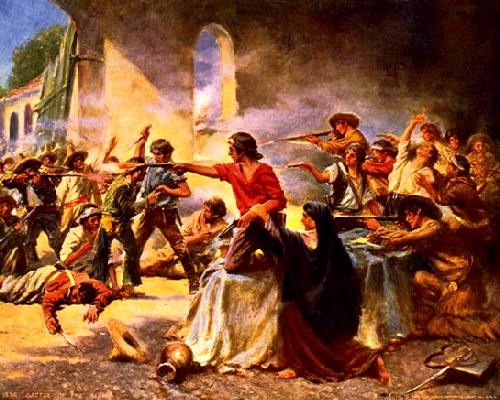 The position Sony's PSP2 & Playstation Phone are in are similar to the stand of the Last Alamo. Everyone wants these handhelds to hold their ground in their perspective markets, but how many of us are expecting them to win the hearts of the general consumer?
My last article saw a lot of activity due to disregard of its first sentence, so I’ll put the most important message in the second. I am deeply envious of PSP owners. Furthermore, I hope they continue supporting such a quality platform. With that said, the impending announcements of both the Playstation Phone and the PSP 2 in 2011 should solidify Sony’s fate in the handheld arena.

By now you’ve seen the NPD sales for November and have heard the always trustworthy predictions of market analyst, Michael Pachter. At this point in this current gaming generation, Sony’s brand is at a point of no return (no fiscal pun intended). The writing is on the wall for the companies that control the direction of both consoles and handhelds. As a byproduct, this coming year will be the last year Sony’s PSP platform(s) stand a chance of making a grand impression on consumers outside of Japan. 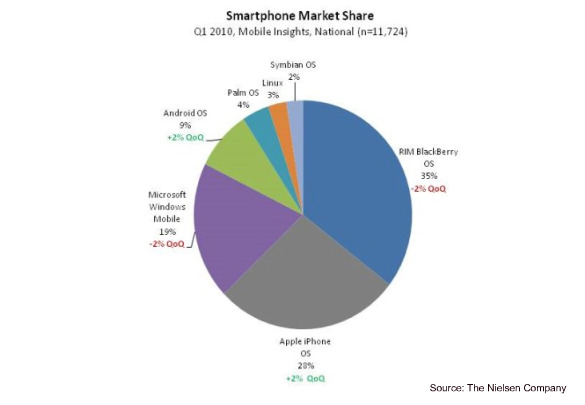 Though I disagree with a large share of Michael Pachter’s predictions his claim of smartphones eroding the handheld market seem valid. As of this year I am a smartphone owner. I am not the only consumer who has decided to make this technological leap, according to DigitalTrends. Aside from my new gadget, there were close to ten years prior to the purchase where Nintendo -- and subsequently Sony, had their opportunity to convince me to buy a handheld device. As a gamer, I’m assuming I’m not the norm.

I have a PC with Steam on it and a current generation console attached to a high-definition television. In my case, buying a handheld specifically for gaming would be the epitome of excess. Most PSP owner’s I know are either Sony-super fans and have a history of owning their products, or the PSP is their only current generation console they own [including non-handhelds post-1999].


I’ve painted this picture to illuminate the problems the handheld market has in general. It is hard enough to convince a consumer that they need, yet another device, in their pocket that isn’t their phone. This works two-fold against Sony, seeing their advertising and marketing endure a product-consumer relationship rollercoaster ride, that hadn’t rebounded until a certain fictional Sony executive became the companies’ go-to mascot.

The PSP and PSP Go are genius devices. I say that reflecting on previous generations of handhelds. If you wanted to take someone from the 1950s in a magical time machine to present-day and plop a PSP handheld in their hands -- I’m pretty sure a user interface-related brain aneurysm would follow. With consumer confusion and piracy hindering such a unique system its almost an achievement the device has made it this far. 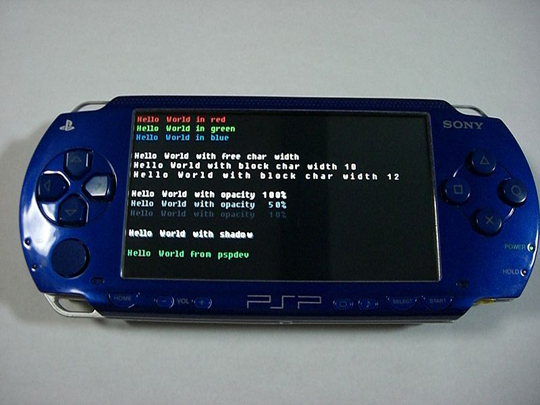 Brand management for the PSP has to be fairly difficult considering that a majority of consumers who know of the product, also know of the consoles biggest flaw. It will be interesting to see how Sony moves away from the piracy-aspect of the PSP in 2011.
Even fast-forwarding to present day, as someone who has been raised off of the original Game Gear and Game Boy and seen their success (and failure), the PSP shouldn’t just be selling well in Japan. Make no mistake, this isn’t a ‘doom & gloom’ article. The PSP is definitely a success in my eyes, but I also think The Story of Riki-Oh is a popular movie amongst movie goers. General perception use to be Sony’s druthers, what happened? The slow uptick of high-schooler’s and college students buying a handheld device in order to pirate and play is a strange kind of success.

Seeing the most recent Monster Hunter game boost sales of the PSP in Japan, while the PS3 posted less-than-amazing numbers for the consumerists holiday Black Friday leads me to further conclude that Sony’s brand has gone from mass appeal to market niche. So when I say this is the last year for the PSP, I am predicting [based on statistics] that the handheld device will be that weird table we’ve all seen at conventions. The one that sells those obscure Thailand DVDs, but is so inconveniently placed out of sight of general foot traffic. 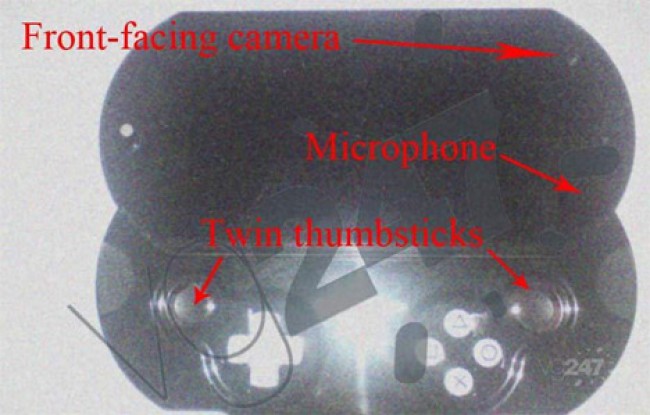 A now infamous image of the PSP2. Known not so much for the big reveal of the device, but who still carries a camera of this poor quality?
The audience is definitely there for the PSP -- just that 70 percent of said audience lives in Japan. If anything the handheld console will fade away into obscurity, which was the PSP’s forte anyway. With rumors humoring the worst kept secret of the PSP 2 being able to mimic early PS3 game graphics, this seems like a move that will further enable my fandom of the brilliant minds over in Sony’s engineering department.

However, this will further solidify the PSP brand as an envelop pushing doodad that’s further losing touch with a generation that clearly wants simplified experiences. Seriously? Do you honestly think a handheld device needs to produce PS3 graphics in order to house fun and appealing games to the consumer? I have no qualms on companies offering alternatives to a market that demands choice, but I’d argue that the handheld market isn’t demanding [en masse] a wide variety. 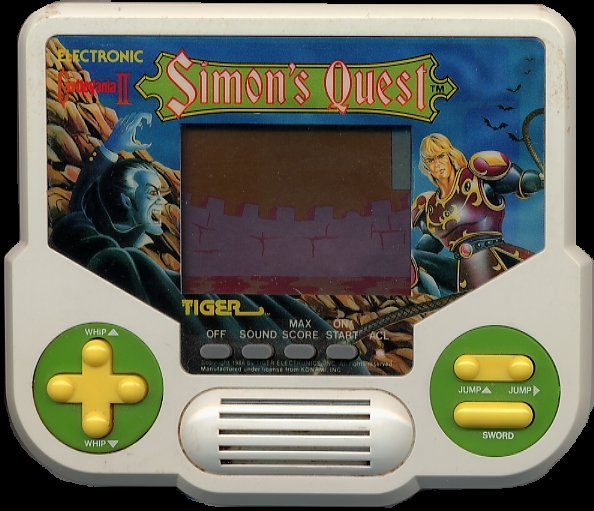 Check out those controls. We have come a long way from the D-Pad also doubling as an attack button.
I also have humored the fact that some devices and trends run their course. Remember Tiger handheld games? Though Tiger clearly didn’t innovate as much as Sony’s PSP, the trend then is still the trend now. The market dictates a leader. The rest pick up the scraps. With the growth of gaming we’ve seen so many ideas explode and similarly fizzle. If the PSP 2 and Playstation Phone are successful in 2011, it will be because of the price and the idea conveyed to the consumer. Having iPhone/iPad games catch on and market leader Nintendo, pushing a new handheld out next year isn’t helping.

Since the launch of the PS3 in 2007, every year following has been the purported year of Sony. “This is the year they get it!” And this is the year the consumer gets it. Fans can’t help themselves. As an enthusiast for good games, I can’t help myself either. I want competition and for this industry and this culture to function -- competition is necessary. I want a tooth-and-nail fight to the finish, but I am also very logic-oriented. 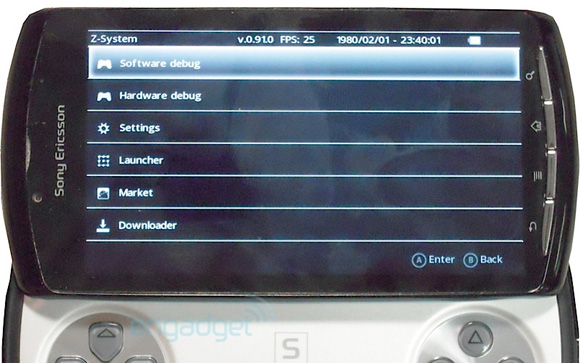 Sony's Ericsson brand has seen better days. Could the PSPhone be the catapult to success?
Sometimes you have to come in second to value what it means to come in first. Sony has nominated to not have their sales numbers shown by the NPD group this year. Absolutely normal for a company having decent sales, but nothing earth-shattering when compared to the competition.

When you openly decline on promoting how well your company is doing [with reputable facts] to the know-it-alls in the journalism space, be prepared for more leaks. Be prepared for more consumers and industry-types digging for the information. But more importantly, be prepared for future cynicism in the perception of your products. The PSP and the rest of Sony Entertainment have come a long way since mid-2000 and it would seem with every progressive step there have been few-but-costly stumbles. Here’s hoping for a miracle for the PSP.