When Thunder Lotus Games' Creative Director Will Dubé tasked me with writing about the art direction for Sundered, I figured it would be simpler than it turned out to be.

Or at least more straight forward. It's hard to pinpoint one or two inspirations when your your learning experience boils down to being inspired by other artists.

Sundered is certainly an amalgam of everything I've learned from watching movies from Disney, Dreamworks, Ghibli, Don Bluth, Laika, (and many more!) and I've retained things from every one of those movies in terms of style, as well from studying 2D animation. Many great artists I know have influenced the work I do in one way or another, be it composition, use of color, design, but a few sources were key to give the initial push to some concepts in Sundered. 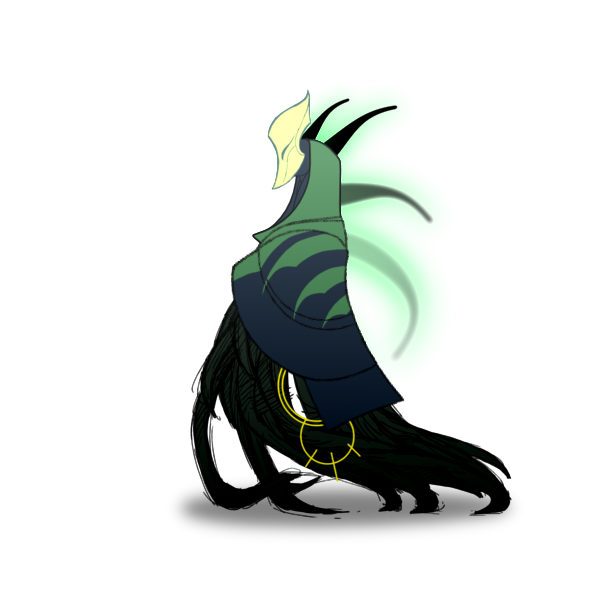 The Eschatons—those strange tentacled people that screech at you before they swarm you—were a challenge to work on because they needed to retain a vague human feel to them while being monstrous. The idea of hiding the face to create uneasiness is as old as time, but the Eschaton's mask was inspired by No Face (Spirited Away) for its uncertainty, for its slight creepiness once paired with an non-human body. But it must be said that before their fate was bestowed upon them and before they became only shadows of their former selves, their masks were a sign of reverence, of peace. It needed to be able to represent the two extremes. 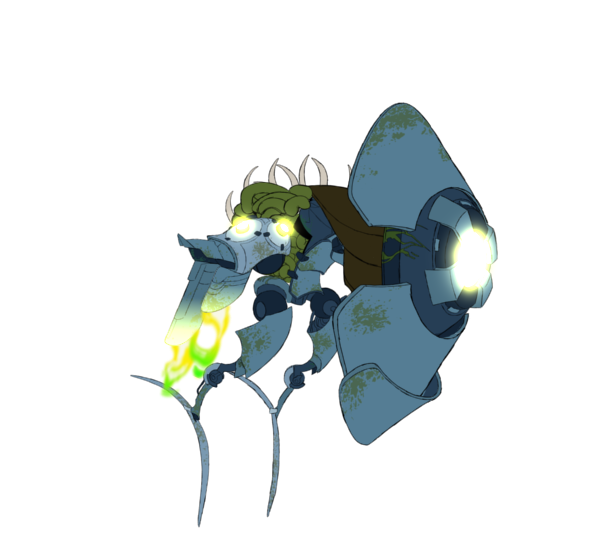 The Valkyries are designed to appear as the embodiment of progress. They're the ones with all of this technology that, somehow, has gone wrong and seems to be acting out of its own volition and attacking Eshe, with no one to reign them in or shut them down. Sci-Fi media, be it games, movies, books, (etc.) have been affluent for the past years, so I tried to internalize it all when it came to their designs. A large military force with big guns, big mechs, big drills!

The overall color schemes in Sundered are very intentional; all factions involved have their own color coding, including the environment and its hazards, and within those groups are different color tiers for each class or difficulty tier. (For example, you should probably be wary of anything green, but you are encouraged to interact with those purple!) If what prompted the initial spark for Sundered was the Alien movies for their suspense and feel, we knew that we wanted to keep going with our signature use of vibrant colors and try to avoid limiting our palettes.

Telling stories through the environments' designs and compositions is something we are working hard to achieve so that we may maximize the player's experience when discovering the regions. After all, I hear the people who once lived in there had a lot to report on what happened in this eerie underground world...

Sundered is live until February 16th, 2017 on Kickstarter! Check out the campaign here: http://kck.st/2kTdRKl