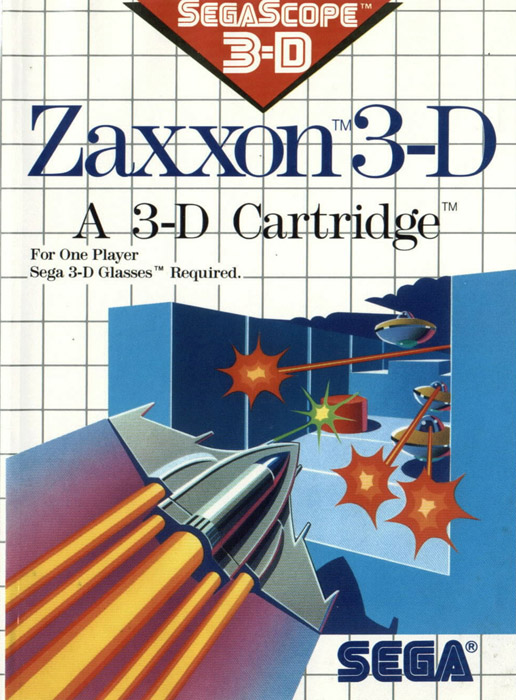 Zaxxon 3-D by Sega for their Master System, released in 1987. 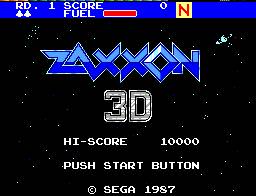 Sigh. Poor Zaxxon. After an amazing first impression, what should have been Sega's answer franchise to games like Gradius and R-Type instead went the way of the dodo. At least a couple of games released following the original entry. Zaxxon 3-D is arguably one of the most memorable games in the series. 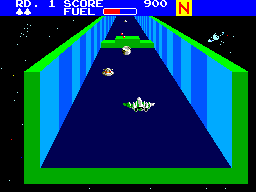 The original Zaxxon game was very noteworthy for its isometric angle and bold, colorful graphics that really stood out from anything else available at the time. As tech passed it by, the game became quickly forgotten, and space shooters started playing a lot more hectic than the relatively "flat" gameplay expressed by Zaxxon. The depth mechanic, while fun, was too difficult to expand upon and so most of these games remained restricted to the two-dimensional plane. 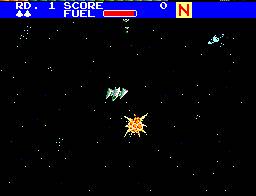 Zaxxon 3-D even eschewed this original presentation by going after a more After Burner-inspired presentation (behind your craft). Enough of the mechanics of the first game remained, though much of the gameplay was still quite stripped-down and simplified all those years later.

In spite of it all, the game worked well. I picked it up at a yard sale with a small set of games, and never having experienced "SegaScope 3-D," I was not sure what to expect. I'd seen the lukewarm commercials as a kid, but this is something you needed to witness for yourself. My verdict? Zaxxon 3-D was amazing! Again, the game was pretty light, but the novel 3-D experience was so well done that I could look past the game's emptiness. In hindsight, it never was much fun to play (more appropriate to think of it as a tech demo) and it was pretty long on game depth, but I was happy to experience this. I'd love to see Zaxxon 3-D revived in the future!