Retro Game of the Day! Zaxxon 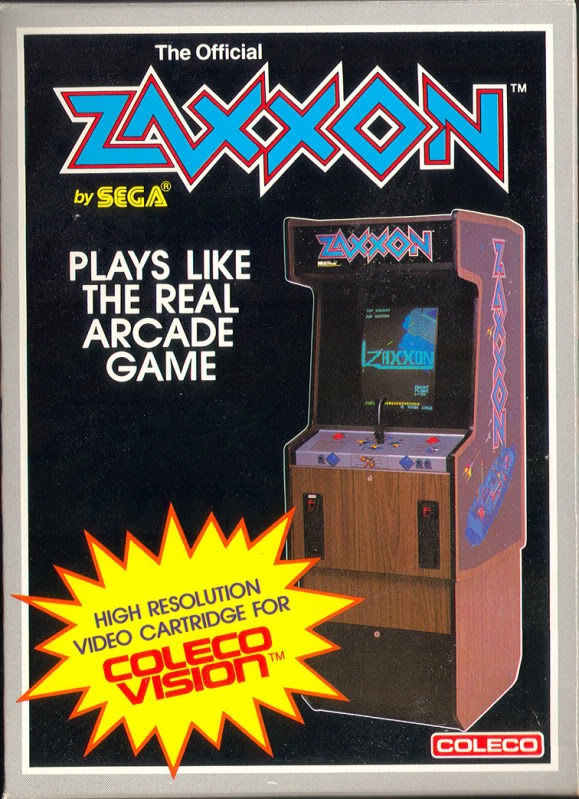 Zaxxon! A tragically forgotten game from the past! This was one of "The Big Ones" from the early 1980s - a game so visually outstanding, when it released, heads would turn. Noting looked like this before! Most games were rendered flatly on a simple plane - Zoo Keeper, Pac-Man, Centipede. Zaxxon broke this mold with its orthographic (mock-3D) perspective. The game was extremely colorful and bright, full of life and vigor.

According to the Internet, some amount of development of this project was outsourced to a Japanese firm called Ikegami Tsushinki, who usually manufacture television equipment (hey, you gotta eat, right?) This same company was also responsible for some of the development of Nintendo's original Donkey Kong. Sadly much of this history is lost, and will be more than a little interesting if anyone ever gets to the bottom of it all.

I saw this game so long ago, it is hard to remember originally (arcade? home conversion?) The one that stands out in my mind is the Colecovision release, which looked head-and-shoulders better than most any consumer software inexpensively available at the time. An Atari 2600 port was also produced but.. ehhh.. well, you can see the picture of that immediately below, I shall say no more. 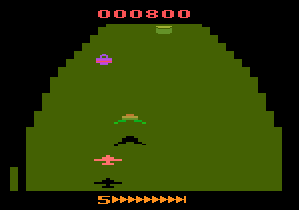 Zaxxon was a blast to play. You were charged with flying your lone space fighter through an interdimensional space castle (right?) full of turrets, fuel tanks, and missiles. Years later I finally realized they had taken their inspiration from a printed circuit board! Blasting away enemies, dodging electrified force fields, and zapping fuel tanks was the only way to stay alive - all the while, you needed to keep an eye on your altimeter to gauge the depth of your height (lest you'd wind up plastered to the side of a castle wall. I hate it when that happens) 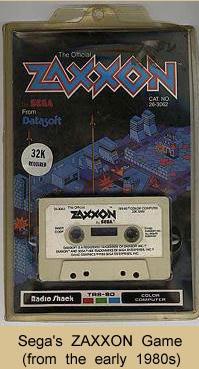 The action was broken up with some pure space-shooting sessions, pitting you against squadrons of other similarly-equipped enemy fighters. A crosshair would register to let you know you had a shot lined up, but this was extremely difficult to read and therefore your best bet was to keep blasting away and flying around like a maniac. 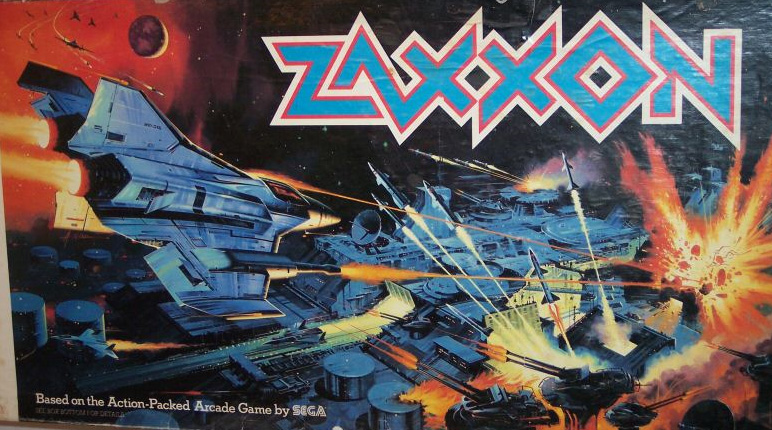 Zaxxon was a terrific game which still holds up quite well today. The sequel was a beast, essentially it was more of the same with an extra layer of polish but honestly - back then, many sequels released were designed with the philosophy of "let's take the original and speed it up by an insane margin." This first iteration may be slow and crawly at points, but overall it is the superior experience for the casual player. I still love this - go out and get your Zacks On!!!