SEARCH
A minimum of 3 characters are required to be typed in the search bar in order to perform a search.
Production
4 min read
Blogs 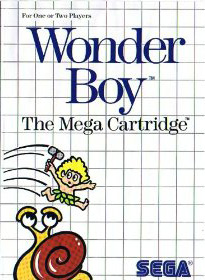 Wonder Boy by Escape/Westone, published by Sega. But also Hudson. Sort of.. what? Original arcade release in 1986. 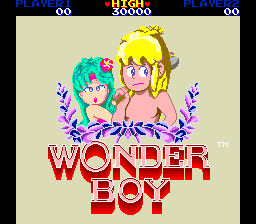 There's much to say about this seemingly simple game. First of all, I have always had a strange attraction to the "captured girlfriend" of this game, as opposed to all the other video game damsels-in-distress. Not much has ever been made of her, but I always thought she was kinda hot. That green hair. That soft, tanned island skin. And that naggy, pissed-off look on her face. You just know she's a pain in the neck... Sigh. What is wrong with me. 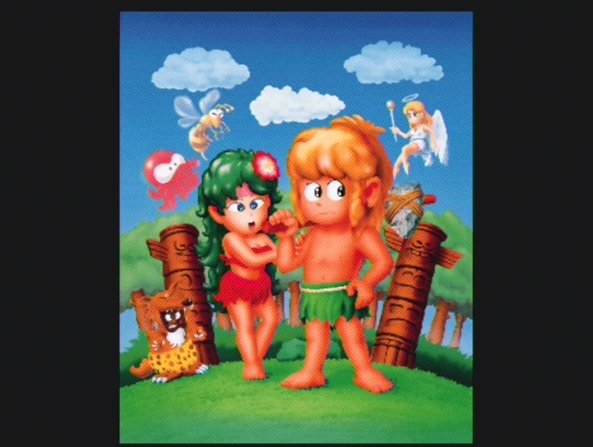 Well, for whatever reason, poor Tom-Tom knows he must rescue his exotic girlfriend from her captors (probably because otherwise he'll never hear the end of it when she does return of her own volition, or maybe he feels bad for his enemies 'cause he knows what they are in for...) This is a simple little Mario-style game, then. Run to the right. Avoid treacherous creatures. Manuever floating platforms, and don't plummet down pits of death. 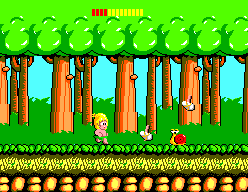 Unlike Mario, you can't jump on you foes - you need to power-up your Wonder Boy with an Axe and throw it at those bloodsuckers! Fortunately they are fairly easy to dispatch, once you figure out the angle of it. Also unlike Mario, your timer is much shorter in this case and if you don't keep throttling to the right, then you'll die in no time flat. WB scurries across the island floor at a decent pace, but if you manage to locate a skateboard (any bonafide tropical islander knows his way around a halfpipe!) then you can more easily cover the distance quickly. Pick up a fairy for the equivalent of Mario's Starman; Fairy + Skateboard = An Island Killing Machine! You are Wonder Tank! 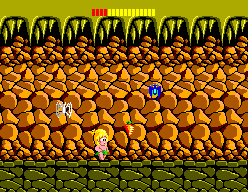 There's not much else to say here - it's an old game, it looks that way, and it surely plays that way, but there's something about those old Sega games which are dripping with charm. Whereas old NES games were technically very dull and flat, boy comparison, old Sega Master System games were bright, vivacious, and colorful. Everything in these games pops off the screen with life and it's all very cheery, a fun world to get sucked into. The happy (if repetitive) music and bouncy sound effects only help the aesthetic. 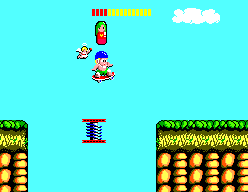 Wonder Boy's legacy is a strange, and unusual one (especially considering the overall blandness of the game's theme). For some reason, the developer went one way and the publisher went another, and ultimately the game split into two completely different franchises. Wonder Boy remained Sega's domain, but following this iteration the games became much more adventure-style, with item collection, leveling up, and the exploration of a rich character-filled world. Otherwise, Sega had teamed up with Hudson Soft to port the game to their rival Nintendo, where the game was christened Adventure Island and the main character was changed to a caricature of famous Hudson employee/gamer Takahashi Meijin, or to us Westerners 'Master Higgins." The successive Adventure Island games stayed truer to the roots of the franchise, and lasted several iterations as well. The games further splintered (Monster World, Revenge of Drancon, etc). The interested reader can delve into all of that madness here. 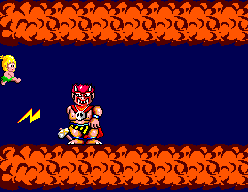 I would like to take this moment to plug a novel, no doubt inspired somewhat by the name (and gameplay) of this game, Lucky Wander Boy by D.B. Weiss. Not actually a retelling of the Wonder Boy game, rather this is a fictional account of a grown-up gamer who becomes obsessed with finding and completing an arcade game from his youth, and tracing its clandestine origins. Sounds strange, but certainly a fun read (especially if you're a retrogamer like myself!) 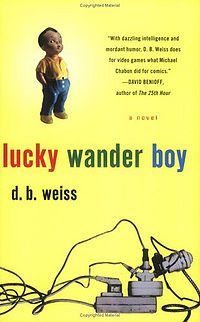