Retro Game of the Day! Wacko 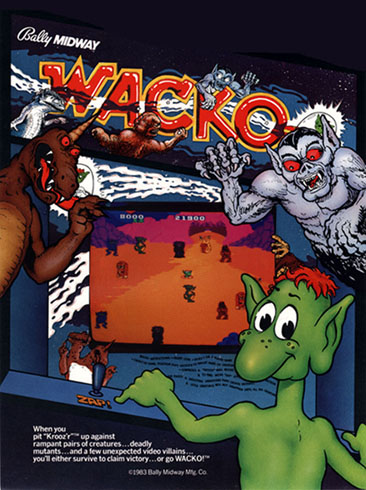 Wacko by Steve Meyer, published by Bally/Midway for the arcade in 1983. 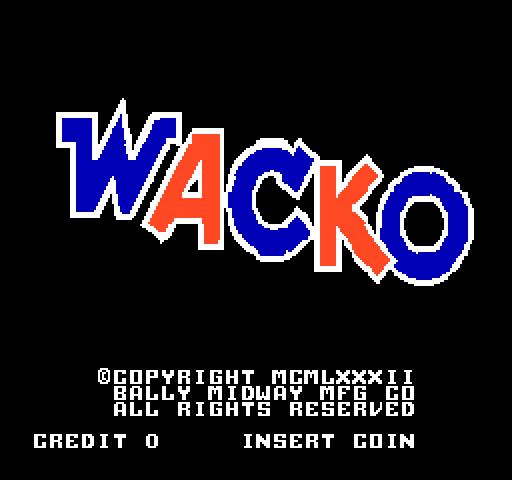 This game was sort of an unusual take on Robotron in some ways, although the two games were decidedly very different. Whereas Roboton was a moment-to-moment killfest the likes of which had never been seen before (nearly everything constantly blasted you from all sides of the screen), Wacko was a lot less hectic in some ways (you really just had to dodge enemies). However, there were more complex rules in place as the game stretched on. Enemies must be defeated in pairs, mismatched pairs created "mutants" which would need to be "unmatched" in order to be killed, larger creatures must be killed before smaller ones, etc. 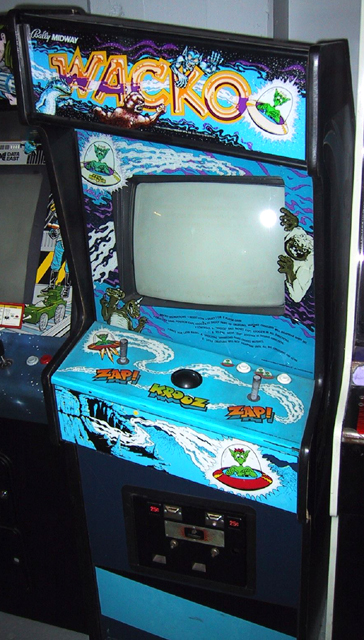 The game was outfitted in an unusual cabinet housing, with a sloped marquee and panel, giving it a very unique appearance (and driving home the point that "this was indeed a zany game"). The goofy in-game graphics, though extremely garish by modern standards, were very impressive - they looked very detailed and colorful in its day. 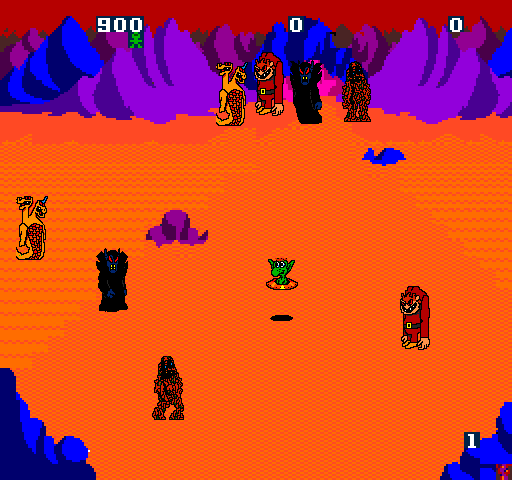 Also of note was the control setup. Robotron used a dual-stick moving-and-firing system, and Wacko implemented a setup somewhat inspired by this. Movement of the player was controlled with a trackball, and two sticks were presented for 8-way firing (supporting either left- or right-handed players). 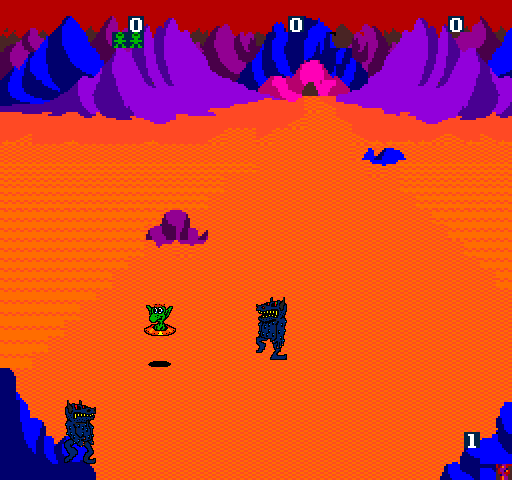 Wacko was an interesting, somewhat novel game. Of course it's legacy has not lasted anywhere as long as it's competition, but back in the day this was certainly an attention-grabbing game that provided a high level of challenge which would make even the most skillful players sweat!