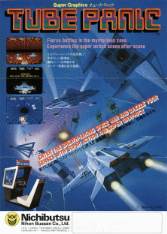 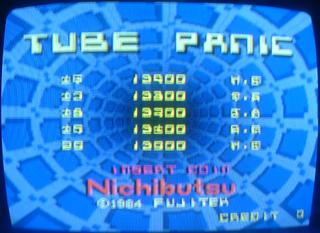 Nichibutsu was one of those weirder, niche little Japanese game development companies. No one, and I mean no one ever talked about them or their games, unless you were a particular flavor of nerd - they just flew so far under the radar, especially when compared with the likes of heavy hitters in the day (Capcom, Konami, Tecmo, Sega, Nintendo of course) - all who've gone on to different phenomenal degrees of success today. Still, all of these companies had rather humble origins, relatively, and back in the early 1980s Nichi came out swinging with the best of them. They specialized in a particular breed of sci-fi-themed gaming, focusing on giant robots and powerful spaceships with powerful weaponry. Oh yeah, all their games usually took advantage of some pretty heady technology as well. 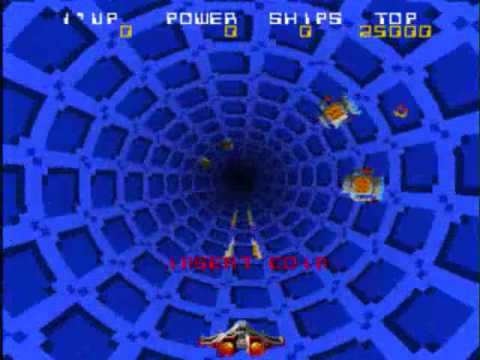 In games like Mag Max and Seicross, special parallax scrolling techniques were used to give a very unique feeling of 3-dimensional depth in the playfield that other side-scrolling games just couldn't compete with at the time (especially in the early 80s!) Tube Panic went one better and tried this with a first-person view. Even then, not unusual in arcade games of the day, but not with such magnificent use of forward-scaling graphics; this was fairly revolutionary in its day. 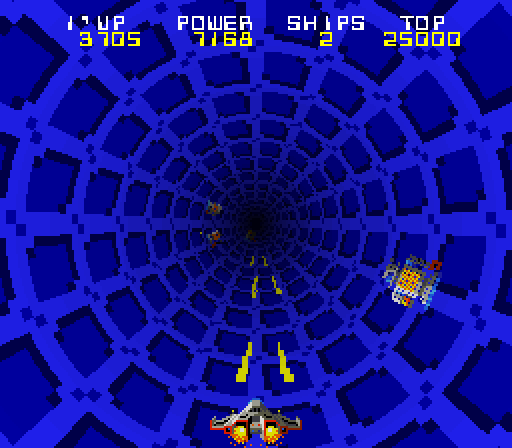 The first thing one will notice when looking at this game in motion is that the tech looks very similar to that used in Sega's Space Harrier and Outrun, among several other high-profile releases. Tube Panic got them all beat by a couple of years, however. I am not sure, but this could be one of the first games to use this fancy (complicated) scaling technique. 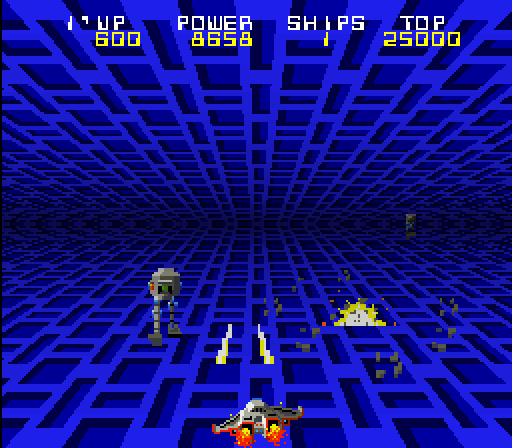 Moreover, on some levels the player could also "control" the rotation of the screen's tube as well. You'd be flying into the screen and actively spinning it at the same time (to target enemies or avoid obstacles). It was something to see! This looks very dated now (like early Mode 7), but in 1983/4, it was absolutely the future of gaming. It's a shame that Nichibutsu is a name which is lost to history (after several shooters, they moved into the video Mah Jong circuit) but their past catalog is absolutely worth investigation.