Retro Game of the Day! Streets of Rage 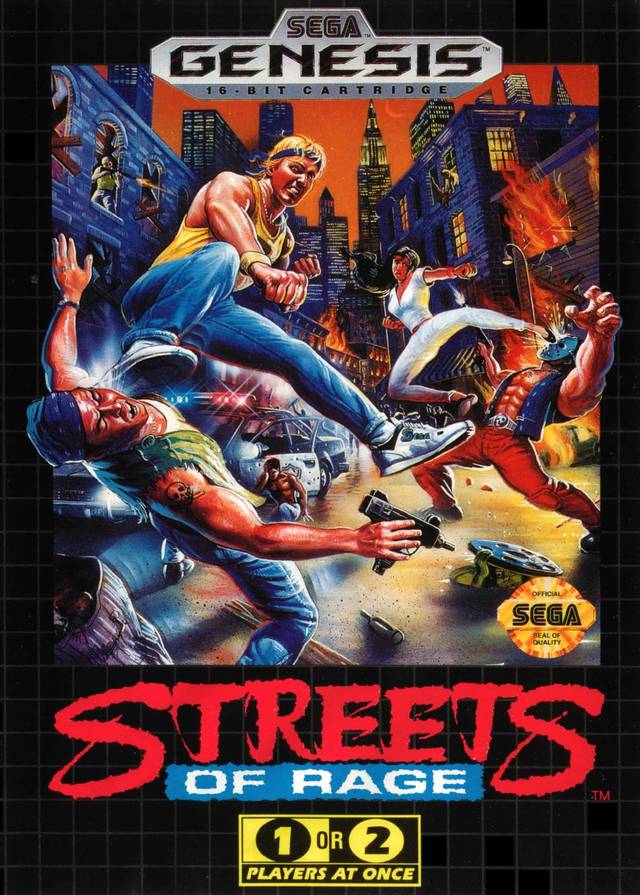 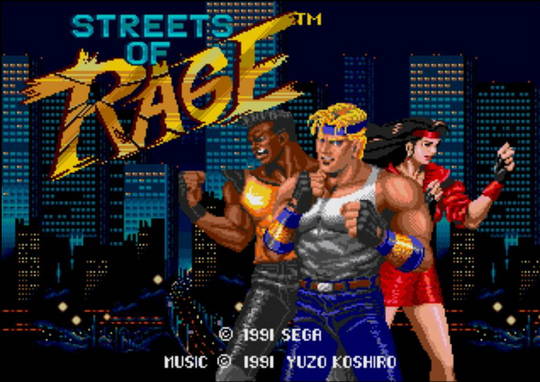 Well, you all knew I was going to get to this one eventually. I was saving it up! SOR is a game wih still gets quite talked about for some reason or other, though it's not really seen any kind of updated release in almost 15 years.

Long story short: Sega took a pretty decent command of the 16-bit arena before Nintendo entered the fray. As the window closed, and Nintendo showed off it's coming software such as the brilliantly-detailed Final Fight for their just-releasing SNES system, never mind all the usual Super Mario and Zelda hoopla, Sega realized it was going to have to compete on those terms. Audiovisually, their machine was underpowered compared to the display capabilities of Nintendo's super-charged monster - but they still had some tricks up their sleeves.

While the forthcoming port of Final Fight was expected for some time, Streets of Rage just appeared out of nowhere. A nice surprise (Sega wasn't historically good with such things). There were some obvious pros and cons, but most folks were happy to see that a very polished fighter was being released for this system.

And what were those pros and cons? Though SOR was a graphically well-built game, with lots of the usual Sega detail and color, it did immediately look less interesting compared to the much more aesthetically impressive Final Fight. FF featured giant detailed characters, and SOR's were still small and "old-school."

On the other hand, while Final Fight was definitely a fine port of the original arcade beat'em-up experience, the early SNES game had to be completed on a budget or something; they stripped the all-important multiplayer out of that game, leaving a half-baked single-player experience in its stead. SOR cleaned up in this area, as they did the very fun-to-play 2Player mode in their cart.

Gameplay-wise, it was pretty standard stuff for what was big in arcade gaming at the time - walk tot he right, brawl, call in special attacks, etc. But a slick presentation, if a little funky at times - and of course the incredible Yuzo Koshiro music (which still sounds great, in it's electotrashy way, to this day). The further SOR iterations are perhaps a little more refined and thoughtfully assembled, but the first was the one which always got my attention.