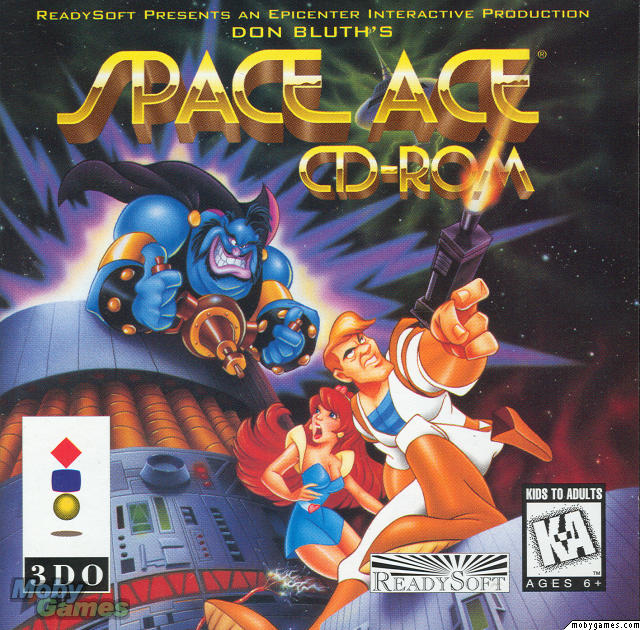 Space Ace by Don Bluth and Cinematronics, released in the arcade in 1984. 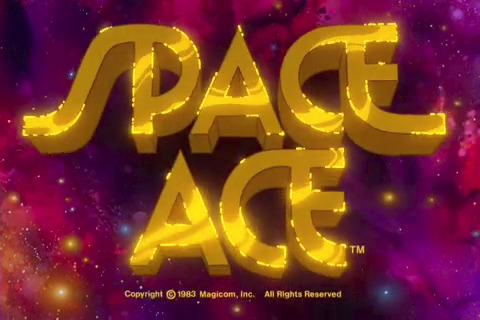 The time of Space Ace was an exciting one. It's predecessor, Dragon's Lair, lit the fuse of imaginations of gamers everywhere - this could be a game? In a time when even the most advanced video games were still very low-grade affairs sporting primitive aesthetics, the new Laser Disc-powered games sported motion-picture quality visuals and sound. It was an absolute treat to bear witness to these games, whether you were actually playing them or just watching someone else go through the motions. 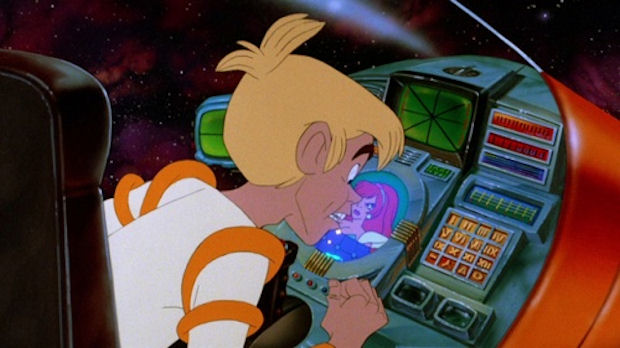 Of course, and gamer worth his salt will remember the caveat of these Laser Disc games - and a major one at that - while they were long on looks, they were absurdly short on gameplay. A very binary "1 move is right, anything else is wrong" setup nearly negated the need for a controller, and to the suddenly initiated, this was always quite disheartening. 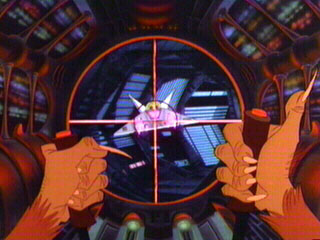 Even so, gamers warmed up to the beautifully-realized worlds rendered in the Bluth games. An escapee of Disney, he imbued his games with character, craziness, and intensity, a little-seen brilliant mishmash of what made both Disney and Warner Brothers Studios famous in their respective ways. The craftsmanship was palpable, the storyline (though cliche and simple) was endearing, and the whole package was more than the sum of its parts. You could not pass by a Space Ace machine without your draw hitting the floor. 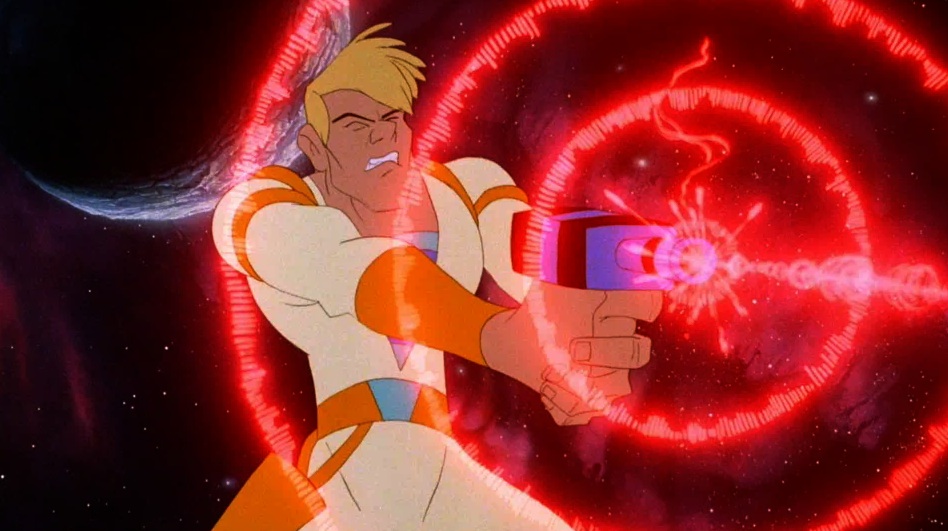 The game took what worked in the first game and amped it up a bit, with a more elaborately-detailed world to explore through. You controlled Ace, interstellar Super Hero, who'd been blasted back to puberty by enemy Borf's Infanto-Ray. Even worse, he's kidnapped your hot (though obnoxious) lady and is trying to blast you to smithereens before doing the same to your home planet. You must avoid his minons, blast across the universe, (temporarily) Energize into your Super-Powered mode when given the opportunity, and obliterate Borf outta the Milky Way. Video game plots used to be so awesome. 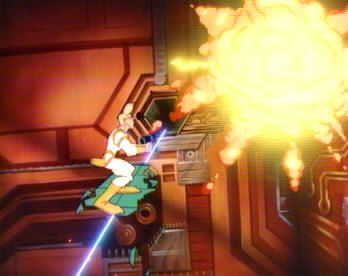 In hindsight, Space Ace (like all of Bluth's games) is a digital tour-de-force whose legacy cannot be understated. Though these games are not necessarily very "fun" to play anymore, they are more than worth your time to sit and watch all the sequences play out. A true classic, and a distinctly special moment in videogaming history!