Retro Game of the Day! Solstice 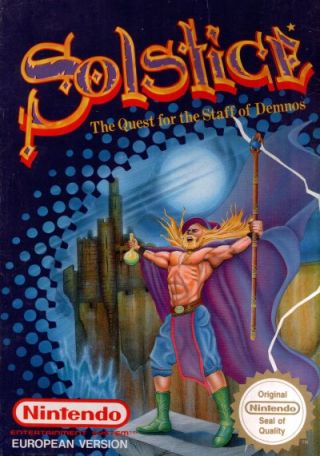 Solstice by Software Creations Ltd, published by Sony CSG Imagesoft for the NES in 1990.

Here we have a very interesting game on several different levels. When Solstice was first announced, it was noteworthy because it had the Sony name attached to it (this was pre-PlayStation - and Sony generally had very little to do with videogames, at all, prior to the 16-bit era). 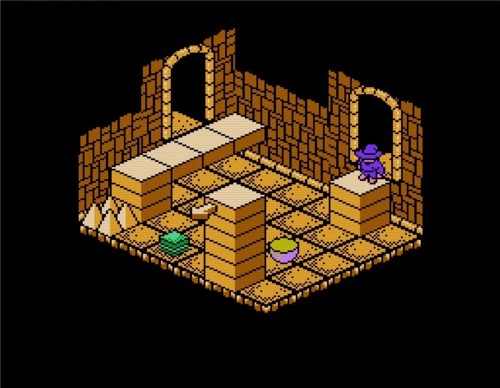 The name and the premise both were intriguing, but for me the most interesting thing was the screenshots. Yes, the graphics were on the small side, but nothing I'd seen on the NES looked anything like this before. So stylized, so clean, and somewhat like looking into a diorama. The world of Solstice was a unique, magical one that beckoned with something different and appealing. 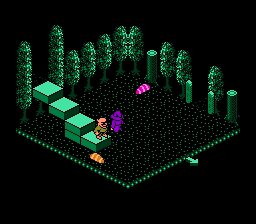 I remember putting Solstice on my short list of "must-buy" games, but for some reason my Spidey-Sense kicked in and I decided to give it a rental first. Good thing, too, because Solstice was not anywhere near as enjoyable experience as I was expecting.

The game was not bad, and I really wasn't angry about it - I just could tell the style of play was not for me. The whole layout was confusing and cumbersome, and the feel of the control/sense of interaction in the world was difficult to say the least. Solstice presented a compelling and unique world, but I wish they'd tested it a bit more before deciding to release it to this market. A shame, because even now looking at these (awesome) screens I feel like I should pick it back up for another try..