Retro Game of the Day! Sol-Feace 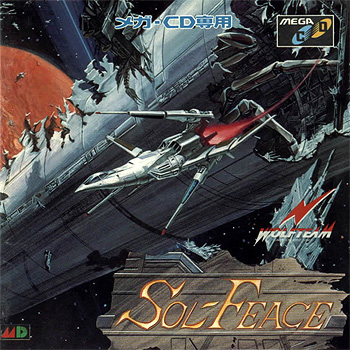 Sol-Feace for the Sega-CD, or Sol-Deace for the Sega Genesis, depending on what you owned.. though I guess some curious and/or clueless folks may've bought both, and wised they'd bought neither.. 1991 release in its native JPN, one year later it was a pack-in with the American Sega-CD unit. 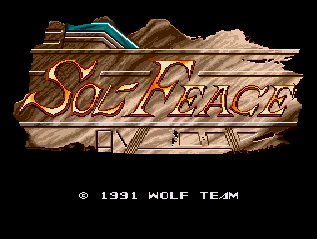 And apparently someone at Renovation was mighty impressed by this game, to the point where they felt pretty bad for the gameplaying public who were too poor to shell out for the expensive CD-Rom add-on for their Genesis unit, and they released a slightly stripped-down cartridge port ("Deace") 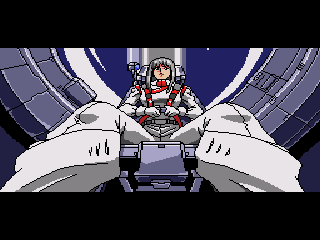 Is it already obvious that I am a little displeased with this game? I was a pretty heavy-handed Sega Genesis fanboy back in the 16-Bit days, and when the CD peripheral was announced I was, as they say, "fairly stoked." But something was amiss. Genesis games looked and sounded great, and the advent of this new encanced tech should've suitably ratcheted everything up a notch, ya? Well.. when I heard that hit-or-miss developer Wolfteam was putting out a shooter for the launch, I was more than a but cautious.

And with good reason. I rented the whole unit (including this game) upon release. What I received was a substandard Thunderforce III knockoff with some fancy intro scenes. Actually, TF3 was far superior to this effort, in every way (including aurally). In fact, second-stringers to that game (such as the awesomely-titled Gaiares) truly put this game to shame in all regards. So what gives?

Not too sure. I am thinking Sega, or whoever, was kind of panicking as they neared release of their "SNES-Killer"CD unit and threw some money at some developers "Hey! Make some cinema scenes and som fancy audio tracks with one of your B-level games and we'll clamor that it's a fancy-pants CD-Rom game! The stupid kids will never know the difference.." Bah. Don't spoil me with wonderful software and then expect me to eat up garbage just cause it's got a nice trendy name attached to it. 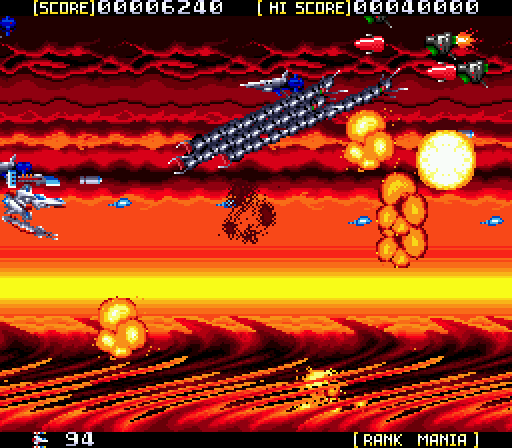 Even so, Sol-Deace/Feace has it's fanbase, for whatever reason. It's not a bad game. If it was released a couple of years earlier, without any promise of fancy tech powering it, then I might have even been pretty excited about it. It's a simple, straightforward shooter in the vein of those others described above, you pick up weapons, you blast bosses, et cetera. It was kind of neat how you could control the range of your shots too. Unfortunately, it just seemed very phoned in and lazy. 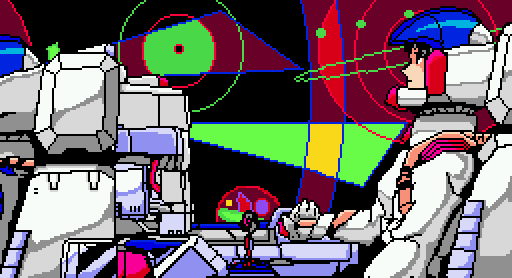 It's notable to bring these games up though, because this is what Sega was trying to release to counter Nintendo's 16-Bit offerings such as F-Zero and Pilotwings. To that I say for shame! As for Sol-Deace, Feace, whatever, it's worth a look if you are curious but is really well-worn territory which doesn't do anything new to impress. Next!